Episode 101: The Cooler Gang celebrates Halloween by obsessing over Netflix’s Black Mirror. And some other things too…

This week at the Water Cooler, in observance of All Hallows Eve, we take a look at three thrilling television shows new this Fall that range in scariness from titillating to terrifying. First up, we look at FOX’s remake of the cult classic The Rocky Horror Picture Show, unnecessarily subtitled “Let’s Do the Time Warp Again.” Does the remake stand with previous versions of the musical? What does it offer that previous versions haven’t? Speaking of remakes, we take a SPOILERY look at FOX’s other big thriller remake, The Exorcist. Finally, we look into (and obsess over) Black Mirror, Netflix’s sci-fi/horror series that echoes the great The Twilight Zone.

Podcast: Out with the Old, In with the New 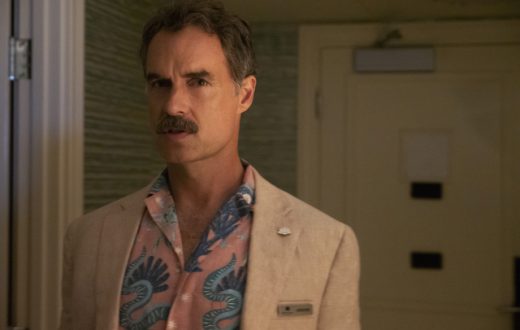 Talking Through ‘The White Lotus’ and Its Controversial Finale

A Hodgepodge and a ‘Homecoming’ at the Water Cooler

Drew Barrymore Will Eat Off Your Face And More Fun Things