This week at the Water Cooler, we’re looking at the recent Netflix young adult phenomenon 13 Reasons Why. Based on the novel by Jay Asher, 13 Reasons Why illustrates the aftermath of a teen girl’s suicide and the cassette tapes she leaves behind to explain her reasoning. Naturally, 13 Reasons Why received a controversial reaction with many praising its acting and direction. Detractors criticized the glossy treatment of mental health issues and bullying. We dive into the series, cover our reactions, and talk about whether or not it’s OK for the series to be an entertainment. Does it necessarily have to start a conversation? Plus, will Emmy pay any attention?

Before that, our weekly TV Tidbits kicks off with a discussion of the recent Emmy category shifts and their impact on the Awards Daily TV Emmy Tracker. Then, we take a look at a recent controversy on Survivor, Jimmy Fallon on SNL, Netflix’s MST3K reboot, and developments in the film world with the premiere of two hot trailers: Oscar-bait Detroit and a little tiny film called Star Wars VIII: The Last Jedi.

Remember next week marks the latest Water Cooler Book Club with Margaret Atwood’s The Handmaid’s Tale. Post your questions and topics for discussion here or tweet them to us directly @awardsdailyTV. 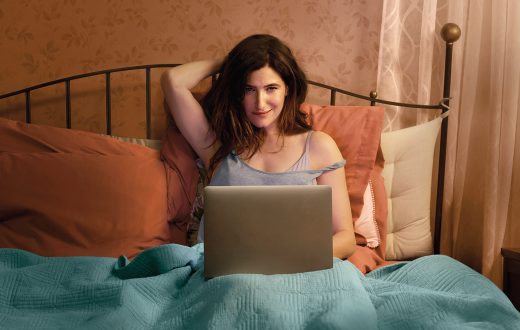 ‘Mirror’ Mirror On the Wall, Who Will Heed Oscar’s Call?