SlashFilm has posted some pics and the newly announced cast for the Dreamworks animated feature, Monsters vs. Aliens: 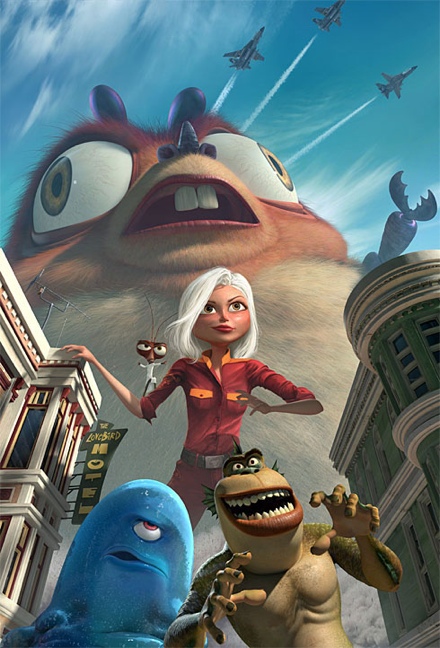 Based on the horror comic Rex Havoc, the film attempts to reinvent the classic 1950‚Äôs monster B-movie starring Reese Witherspoon as Susan Murphy, a California girl who, on her wedding day, has the bad luck to be hit by a meteor, which causes her to grow to be 49 feet, 11¬Ω inches tall. Captured by the military, she‚Äôs renamed Ginormica. The rest of the cast includes:

NYWIFT To Celebrate Visionaries at the 42nd Annual Muse Awards