Polanski Does Not Disappoint

by Sasha Stone
in Uncategorized
1356 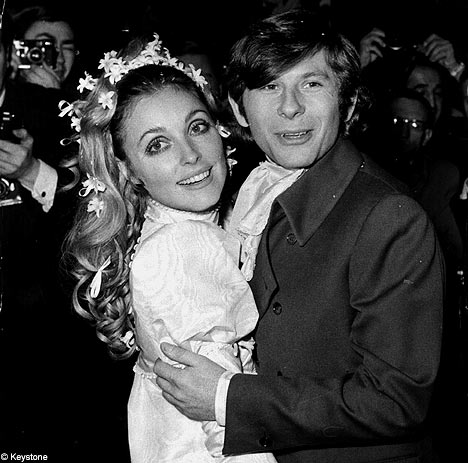 Polanski: Wanted and Desired is a rich and intriguing experience, from the archival footage of the post-Manson murders Polanski as well as images and interviews recalling the trial itself. The film doesn’t take sides so much as present a part of the story rarely discussed in the many years after both the murders and the sex case. Perhaps because it’s such a hot button issue no one wants to go near the story at all and if they do it’s only to pass judgment on Polanski’s actions or the girl’s or the girl’s mother. The actions of the judge, however, have been all but ignored.

I found the movie convincing, breathtaking at times and above all, sad. The Academy might like it since it is a sympathetic portrayal of the hell celebrities must live in day in and day out. On the other hand, the Oscar voters who “see every documentary” aren’t likely the kind who have a swarm of photogs following them everywhere. Still, the press in this film gets called out for the sleazy machine it apparently has always been. The way Polanski is hounded was rare back then. And now it’s commonplace. No wonder Polanski doesn’t care if he comes back here or not. He gains nothing by the coming to the US.

Polanski is as interesting a subject on film as he is a filmmaker. His elfin face in those early clips is captivating. By far the most moving part of it is when he must defend, in his broken English, his wife to the press after they’ve blamed him for the Manson murders and slandered Sharon Tate. Polanski, broken and tearful, tells the members of the press that they will be ashamed in the coming days as the facts about the case are brought out. And he says that, after being asked how his relationship was with his wife leading up to the murders, the last time he spoke with her, like the last few years of their time together, was the only happiness he’d ever known.

What a media circus the Manson murders must have caused back then. The film shows, in no uncertain terms, how easily manipulated, how hysteria-driven the press can be and the people who believe the charade. This is also depicted brilliantly in A Cry in the Dark. We are so driven by suspicion and doubt because, perhaps, it is so much more interesting that the utter naked randomness of life. Manson’s decision to hit that house was arbitrary. Sharon Tate’s death, arbitrary. Manson had hoped to start a race war. How does one get their mind around that? Isn’t it much easier to imagine that freaky Polanski must have done it?

To that degree, Polanski: Wanted and Desired is a much an indictment of the media and the public as it is of Polanski. Despite how technologically evolved we are as a society in many ways we are so primitive still. Media’s obsession with myths and celebrities has only intensified since Polanski’s case whet our appetites. I love the way the film shows how the lurid details were pawed over, dissected and repeated by the lawyers and the judge.

The film also gives more context to the meeting between Samantha Geimer and Polanski, specifically post-Nastassjia Kinski’s rise to stardom. This is something rarely spoken of – though Kinski was but a mere 15, Geimer, 13, wanted what she had. All Polanski wanted was to have sex with her and he would do whatever it took, including giving her drugs to loosen her up and giving her alcohol. In the film Geimer defends her mother saying “give my mom a break,” but how does one give her a break? According to the Larry King transcript, the mother believed another girl was going with them. But still. The mother’s lapse in judgment ought to have been brought before a judge, just not a corrupt judge.

The film is about many things – the desire to be famous and the lengths one will go, the aftermath of the Holocaust and the Manson murders and what it did to Polanski, the liberties powerful men feel they can take in Hollywood, the public’s ongoing hunger for scandal and the media’s willingness to feed the beast.

Polanski: Wanted and Desired is and will likely remain one of the best films of the year.

Another Great Doc Enters the Race