Basterds to the Croisette

by Sasha Stone
in AWARDS CHATTER
12 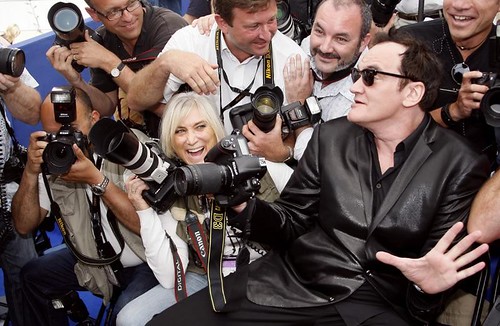 The Playlist says that oh, but wait – Inglorious Basterds WILL in fact preem at Cannes this year. They note that the story originates from Variety without confirmation by either The Weinstein Co. or Universal. Variety’s bit:

The Brad Pitt starrer, set in Nazi-occupied France, has been invited to play in competition at the Cannes Film Festival. Insiders said Tarantino, a longtime favorite of the French, has accepted the offer and has told the film’s backers — the Weinstein Co. and Universal Pictures — that the pic will be ready for its world premiere during the May fest.

The Playlist says crow will be eaten:

We’re pretty sure we have to eat our shoe now in public, but then again so does pretty much every other blog in existence who were also incredibly skeptical that he could pull off such a feat given his slow output in recent years.

I’m thinking, if there is one place, and one place only where Tarantino’s movie HAD to go it’s Cannes first. Tarantino himself is an event. Brad and Angie in tow? Only Fellini could dress this thing up any better.

by Megan McLachlan
4
No Result
View All Result