by Sasha Stone
in BEST PICTURE
154 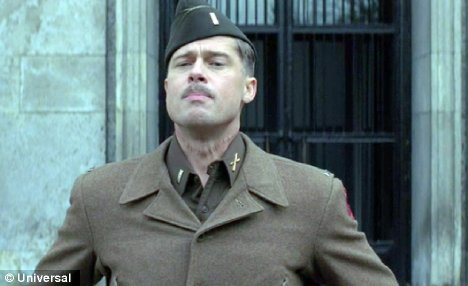 Quentin Tarantino‚Äôs ‚ÄúInglourious Basterds‚Äù is a big, bold, audacious war movie that will annoy some, startle others and demonstrate once again that he‚Äôs the real thing, a director of quixotic delights. For starters (and at this late stage after the premiere in May at Cannes, I don‚Äôt believe I‚Äôm spoiling anything), he provides World War II with a much-needed alternative ending. For once the basterds get what‚Äôs coming to them.

What’s interesting about his review, though, is that it needed time to ferment — like most great films and filmmakers, it all can’t be absorbed in one shot. Even Ebert needed some time and then a second viewing:

After I saw ‚ÄúInglourious Basterds‚Äù at Cannes, although I was writing a daily blog, I resisted giving an immediate opinion about it. I knew Tarantino had made a considerable film, but I wanted it to settle, and to see it again. I‚Äôm glad I did. Like a lot of real movies, you relish it more the next time. Immediately after ‚ÄúPulp Fiction‚Äù played at Cannes, QT asked me what I thought. ‚ÄúIt‚Äôs either the best film of the year or the worst film,‚Äù I said. I hardly knew what the hell had happened to me. The answer was: the best film. Tarantino films have a way of growing on you. It‚Äôs not enough to see them once.

Meanwhile, there is a really interesting, strange, kind of hot exchange between filmgeek-sexpot Kim Morgan and Tarantino on her blog, Sunset Gun. The two seem to be speaking the same language – no, not love but a love for obscure cinema. I dare you to try to keep up with these two. When Kim met Quentin.