How Do You Listen to a Lee Daniels Interview and … 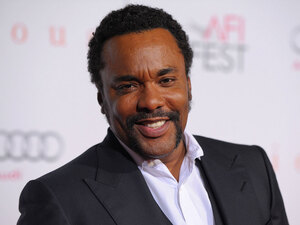 …Not fall in love with him? That’s my question. You all know how much I love listening to Terry Gross’ Fresh Air. She annoys some, perhaps, but she is, hands down, my favorite interviewer. She talks to Lee Daniels about Precious – and the stuff he talks about is interesting. I was more interested, though, in his back story, how he came to be who he is – what it was like growing up gay with a cop father who beat him regularly – and how he believes that abuse has been handed down through generations among African Americans going all the way back to slavery. I know this is controversial; Lee Daniels said it, I didn’t. Anyway, not to glom on to that one thing – he also adopted his brother’s twins when they were babies and their parents were nowhere to be seen. It’s interesting how they went about casting Precious as well – process of elimination until the best one was left standing. It’s a good interview all around. Check it out.

I’m also starting to feel some excitement about the possibility of a gay black director being nominated for an Academy Award. That would rock my world. Speaking of Precious, Kim Voynar writes up a good piece on this film.

How To Fix the Broken Oscars

After this year's Oscars debacle, there's no question that the whole show needs to be rethought. Question is, can they...

Zoey's Extraordinary Playlist captured my heart from its first episode, it's one of my favorite things on TV, and I've...

‘Sound of Metal’ is a Roaring Achievement

Michelle Dockery Opens Up About Playing the Loving, Conflicted Mother at the Heart of ‘Defending Jacob’

Michelle Dockery, the Emmy-nominated star of Godless and Downtown Abbey, returns to television in the Apple TV+ miniseries Defending Jacob....

This Is Us' Chris Sullivan spoke to Awards Daily's Shadan Larki about Toby's journey from Pearson family outsider to becoming...