by Sasha Stone
in AWARDS CHATTER, featured, The State of the Race
29

“What good is knowledge if it just floats in the air? It goes from computer to computer. It changes and grows every second of every day. But nobody actually knows anything.” (Don Delillo’s White Noise)

I was intrigued by David Poland’s latest Oscar column, one of his best, and it occurred to me how long some of us have been at this game. Evolution is a funny thing. In nature, in life. Although the Oscar coverage scene has been ballooning since I started doing this back in 1999, this year it really has reached its limit, I think. Whether many of the same voices who are covering it this year will be back next year will depend on how this whole thing plays out. Will the vacancy of this year’s offerings prove too frustrating and not profitable enough and chase them away? I’ve seen a lot of sites come and go and a lot of Oscar coverage come and go. Some of it is great, some of it is an echo chamber. But if you thought last year was a disaster, where one film won everything and no other film had a shot and the only moment of suspense involved whether or not The Dark Knight would be nominated — take a look at this year. There is more white noise than ever before the start of the actual season, but worse, there seems to be a gaping hole where movies should be.
Up in the Air is the juggernaut everyone should fear. I suspect that it will have one or two challengers but for now, it seems to have a clear shot to victory. They aren’t upsetting the apple cart with too much buzz, noise or ads and they still have the film’s release to look forward to. We can only hope that these films, these Oscar movies, can somehow cross over into the public consciousness. Can Oscar and the public reach synergy?¬†¬†¬† If anyone can do it, George Clooney and Jason Reitman can. Maybe Clint Eastwood and Morgan Freeman can. Maybe Rob Marshall can. Maybe Jim Cameron can.¬† Maybe Nancy Myers, Meryl Streep Streep, Alec Baldwin and Steve Martin can. Are there any surprises left to be played out?

But this is that year. This is the year that is supposed to turn things around. It is looking more and more like a drive-in movie theater – just a few cars parked in the same spots they always park. Its patrons are dwindling. One can feel the push of change. But in what direction, this?

Part of it seems to be left over from the writers strike, which halted projects a couple of years ago. Two years ago ten Best Picture nominees would have been a great thing. This year? We’d be lucky to find five really good ones. This is the kind of year that seems to back up the Academy’s decision to shave down the nominees to five. Don’t get me wrong. I’m not saying there aren’t ten good movies worthy of a Best Picture nomination. I’m saying that there aren’t ten game-changing movies worthy of a nomination.¬† Not yet anyway.

If there were only five slots, however, we would be in our usual fervor to pare them down to the best of the lot. We’d be looking at Up in the Air, The Hurt Locker and Precious for sure.¬† We’d be looking at Inglourious Basterds OR Nine but not both. 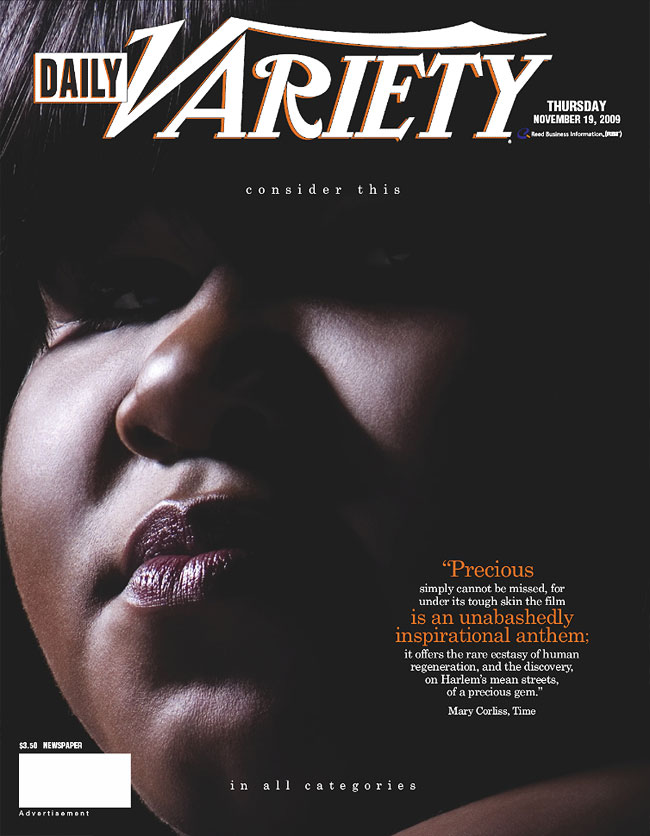 So what happened? There were fewer films made overall. The economy tanked and the public essentially stopped buying tickets to the kinds of films that usually dominate the Oscar race. Their dollars have instead gone to to easy payoff films. A good many of the Oscar hopefuls did not fly according to plan, and those that had a shot waited so long to be released to the public they became instantly cooled. A look at Box Office Mojo of the top money makers and a look at Metacritic for the highest rated films yields interesting results:

Of these, only The Proposal and The Hangover were not kid and/or tween movies. We know we’ll be adding Twilight to the top of this list, perhaps. Avatar will shoot up there too.¬† But if you notice, kids movies are mostly recession-proof.¬† The reviews don’t seem to matter much either. Up, Star Trek, Harry Potter and The Hangover are the four with the best, albeit outside, shots at a Best Picture nod. And really, only Up seems to have a realistic shot. Can you imagine the cover of the DVD for The Hangover with an Oscar nomination shout out? Their street cred would rise as their prestige plummeted. At what cost stepping outside the box? Really only Up is the one that seems to have the best chance of being nominated, especially when you look at the box office and the reviews combined.

But the Oscars aren’t really about family entertainment, or kids movies. They are that dying breed that still prefers adult entertainment. What will adults say are their top three favorite films of the year?

Given the gaping hole where a lot of movies should be, this really does leave room for unconventional Academy choices, like Star Trek, like The Hangover, like It’s Complicated, like Avatar. If these are to be the year’s biggest money makers aimed at adults, why not recognize them? With ten nominees they have a choice to go both high and low brow. They can honor the brave and arresting work while also including movies everyone else in America saw and liked.

As with all Oscar years, the thematic content of the films matter most. What is the mood of the country? What are we looking for in films?¬† What will this year look like in historical perspective? The first year of Obama’s Presidency, a deep recession, a country in conflict, Oprah Winfrey, Sarah Palin, Glenn Beck, Jon Stewart, Bernie Madoff. Which films will resonate with the majority and still be good enough to be awarded Hollywood’s highest honor?

We’ll have to wait and see whether all of the online chatter has any impact at all, is anywhere close to being on target, or just white noise blotting out the real sounds of the day.