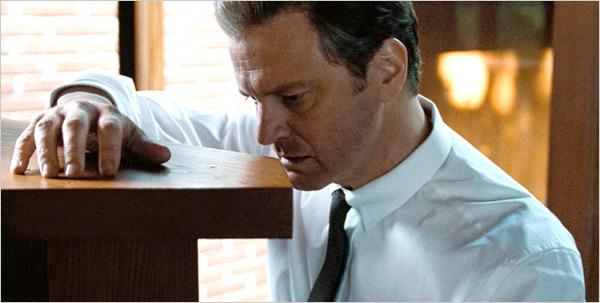 While her review of A Single Man is mostly appreciative, her praise of Colin Firth’s performance is noteworthy:

Mr. Firth‚Äôs delicately shaded performance no doubt helped steady Mr. Ford‚Äôs nerves. Certainly, the director knows how to exploit his actor‚Äôs reserve to terrific effect, as when he sets the camera in front of Mr. Firth‚Äôs face in one critical scene and just lets the machine record the tremors of emotion cracking the facade. It‚Äôs hard to know if Mr. Ford‚Äôs most flamboyant visual flourish, the use of a changeable palette to show shifts in George‚Äôs mood ‚Äî the character‚Äôs normally gray face floods with color in the presence of another life force, like Kenny ‚Äî was born out of a filmmaking conceit or a lack of confidence. Whatever the case, while the color changes are initially distracting, Mr. Firth‚Äôs performance soon makes you forget them.

Kirk Honeycutt over the moon for Avatar

NYWIFT To Celebrate Visionaries at the 42nd Annual Muse Awards