He Said, She Said, This and That 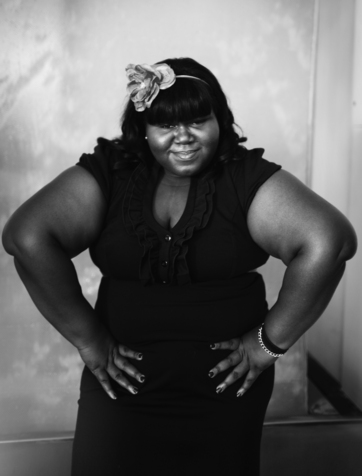 Gabby Sidibe is one of the NY Times’ Nifty 50

“We’re more disconnected than we’ve ever been,” Reitman says. “We communicate on the phone, we have webchats, but we don’t look into each other’s eyes any more. We feel at home in airports and there’s no sense of community.” Jason Reitman, Jan 6, 2010 – New Zealand Herald

‚ÄúIt‚Äôs not an anti-war film, it‚Äôs not right or left. It doesn‚Äôt take sides. It‚Äôs real life, executed skillfully and powerfully. It trusts that real life is incredibly dramatic, and it says to you, there are times when it might be the right thing to support war ‚Äì but know this: war hurts. ‚ÄòThe Hurt Locker‚Äô hurts.‚Äù Sean Penn at the Palm Springs International Film Festival.

“I loved The Hurt Locker and produced two of her previous films (Strange Days and Point Break), and so it’s a simplication to respond to us only as ex-spouses. We’ve been friends and working partners for a long time,” Cameron says. “In fact, she was going to do another film, based on the book The Devil in the White City, and I encouraged her to do The Hurt Locker, because she had gotten that script and let me read it just for comment. I said, ‘Jump out of White City and do this film!'” Jim Cameron in USA Today

“I’m really excited about it. It’s really terrific to be acknowledged by people who do what you do,” Bridges said. “These awards are important to get the movie out there, especially when a lot of good movies hit the festivals and then go straight to DVD.” Jeff Bridges, Digital Spy

“”This movie is really about love. I’m not one to shy away from sex, but it’s really about love and romance,” he says. “Colin and Christopher Isherwood and I are all quite alike. This will probably read terribly when you read it in print, but we’re all the same zodiac sign (Virgo). Colin and I are the same age. This film is about midlife. It’s about looking at your life and not being able to necessarily see the next stage.” ” Tom Ford in USA Today

“There’s a real subtlety to Colin and what he does. It’s one of the reasons he hasn’t gotten these accolades sooner. We know he’s very handsome, but there’s so much depth and intelligence there, too. There’s never any kind of selfishness in his performances. He’s always supporting the film as a whole.” Stanley Tucci on Colin Firth, USA Today

“I’m very fucking grateful to be alive. I have so many friends who are sick or gone, and I’m here. Are you kidding? No complaints! It’s incredible – I’m 60, and I’m playing the romantic lead in romantic comedies!” Meryl Streep, Vanity Fair

“She’s emblematic of England, so there’s that pressure because you want to do her justice. But at the same time you want to try to capture someone who is a human being and not just regarded as an archly played monarch. I wanted to people to see the humanity.” Emily Blunt, Reuters

“I cannot imagine anything else muscling in on it being this year’s best film. Your work with your collaborators is simply astonishing. Truly, I can’t understand how you did it, but admire every frame.” Hal Prince, from a letter he wrote to Kathryn Bigelow.