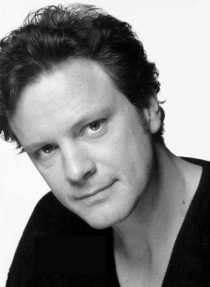 The Santa Barbara Film Fest kicks off as we speak. They have a lot of tributes and panels and such — it is their 25th anniversary. Jeff Wells at Hollywood-Elsewhere, Kris Tapley at In Contention, Scott Feinberg at And the Winner Is and I think Anne Thompson of Indiewire, and David Poland of Movie City News.are all set to cover the event – there are probably a lot more of them headed up there as there are, to date, more Oscar bloggers and writers than ever before. Good thing? Bad thing? Merrily we roll along.

It isn’t really about the films so much as it is about the tributes. In that way, it is similar to the Palms Springs International Film Festival. All of the contenders, or very near all of them, are showing up at these events.

The tributes will be as follows:

The public is invited to attend, and can buy tickets to all events, including the panels (writers, directors, etc.)

So why such a big deal for the little festival by the sea? Supposedly many Oscar voters lived around those parts (picture Meryl Streep in It’s Complicated). It is positioned in the pre-final ballot phase of the Oscar race and thus, it’s possible that what goes on in Santa Barbara does not stay in Santa Barbara.¬† The stars they invite are usually those who wind up with Oscar nominations. Sometimes they do, sometimes they don’t – but they attract a fairly high wattage of celebrity, as does Palm Springs. Sometimes, there are even frontrunners – this year’s offerings, Bigelow and Bullock should draw some press and sell lots of tickets.

What I’m wondering is this. How many Academy voters actually live in Palm Springs and Santa Barbara?

Five Reasons Why Up in the Air is for Grown-Ups