< Movieline Takes a Swipe at the LA Times - Awardsdaily - The Oscars, the Films and everything in between.
No Result
View All Result

Movieline Takes a Swipe at the LA Times

by Sasha Stone
in AWARDS CHATTER
109 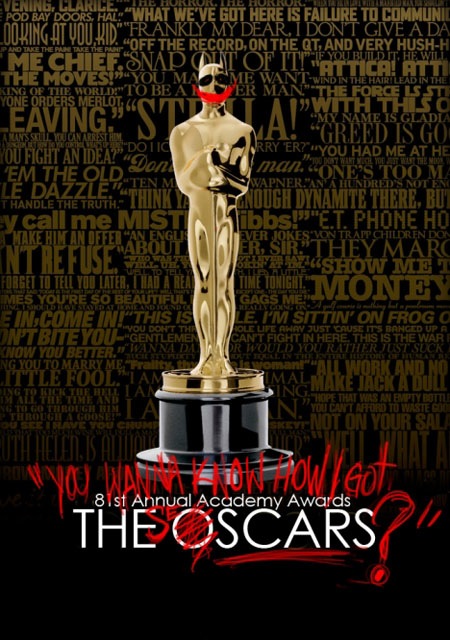 Movieline’s Stu Van Airsdale gets a whiff of something. What’s that smell? Oh yeah, it’s the last week before ballots are due – Stu’s piece covers what appears to be an all-out assault by the LA Times to discredit The Hurt Locker, which suddenly went from a moving depiction of the senselessness of war, to the latest Frontline undercover with the Taliban – somewhere along the line folks forgot that art was involved. Either which way, there were definitely forces at work, folks. Will they work? Do they matter? Was Avatar always going to win anyway? Who knows. Here is Van Airsdale:

I‚Äôm not about to second-guess anyone in Iraq. But I‚Äôll totally second-guess the editors who seem to have left the ‚ÄúAdditional reporting by Harvey Weinstein in Baghdad‚Äù credit off this story. Seriously: Why is this just coming out now? Moreover, look at the intensity of the LAT‚Äôs coverage of Inglourious Basterds in recent weeks, then dig through the stack of not one, not two, not three, not four, but now five Hurt Locker takedowns at the same paper ‚Äî a pair of which say virtually the same thing: Their headlines hilariously ratchet the drama from ‚ÄúWill The Hurt Locker team be punished for breaking Oscar rules?‚Äù to ‚ÄúCould The Hurt Locker be disqualified from the Oscars because of an intemperate e-mail?‚Äù ‚Äî which even that story‚Äôs author acknowledges could happen but won‚Äôt.

Making matters weirder, the LAT actually was late to the troop story, piling its latest report on top of Tom O‚ÄôNeil‚Äôs alarmist item from Wednesday headlined, ‚ÄúThe Hurt Locker accuracy questioned.‚Äù There, O‚ÄôNeil linked to Newsweek and the Associated Press, both of which offered two other conveniently timed Hurt Locker broadsides of their own from essentially unassailable sources on the front lines.

Again: Why is this all happening at once? Even if you wanted to argue that it‚Äôs too little too late with ballots due Tuesday at 5 p.m., it‚Äôs not as though Hurt Locker is some far-and-away favorite that can‚Äôt be damaged and/or even surpassed with days to go, particularly with 10 nominees and the preferential ballot now in place. Hurt Locker‚Äôs errant producer has shown us himself never to put anything past an Oscar campaigner ‚Äî and he‚Äôs just a rookie. Just imagine what the veterans are capable of.

I would never accuse Tom O’Neil of trying to make his prediction of Inglourious Basterds for the win pan out. Tom likes to find all stories and post them.¬† And we can’t go making accusations at Harvey Weinstein, just because he has been accused of such things in the past. What we can do is pin down the editors at the LA Times who should be above this kind of thing.¬† The thing is, we Oscar bloggers have to police ourselves, because no one is going to tell us what not to write about, or whose dirty email not to publish. But the fact is, the LA Times should be held to a higher standard, unless it wants to be confused with US Magazine or Perez Hilton. Finally, you can ask anyone on this beat whether they have gotten fed nasty information about frontrunners in the past. Being an Oscar blogger is a pretty useless affair, for the most part. It is so far down on the food chain it wouldn’t qualify on a footnote about entertainment journalism. But since the Oscars can be shaped by good or bad press, it is occasionally worth bearing in mind that one ought not to allow oneself to be a tool in a campaign move. Just saying.

At any rate, Stu does bring this all up so that we can ask the question – why so scared fellas? Is it really such a threatening idea to have a movie made by a woman win Best Picture? Or is it the money thing? Is it really so scary, or life-ending, that a $12 million movie could actually take the top prize?

Well, here’s my suggestion – if you want it that bad, people, MAKE OSCAR MOVIES.

Making Oscar movies isn’t really that hard. You just have to have a few key ingredients heading into the race. Avatar is only missing the actors – otherwise, it has this baby sewn up, whether it will become the first Sci Fi ever to win, or the first film without acting or directing nominations since 1931. Either way, it makes history. And though I believe The Hurt Locker is the better movie, with or without the money, I wouldn’t begrudge the win for Avatar because that movie is HUGE among the general public. Everyone who is finally getting around to seeing it is breathless about it. “Have you seen Avatar?” If I had a dime for every time I heard that one.

Of course, there are people who say, “yeah, great visuals, terrible story.” That has given way to out and out love by the masses. And maybe that is the kind of stuff Best Pictures are supposed to be made on – maybe this is Gone with the Wind, or Titanic. It certainly would be if half of the film’s characters weren’t computer generated motion capture. But the people love it. The people loved Star Wars too. The people love …. American Idol. Jim Cameron has done something revolutionary with Avatar. I suspect it is scary to actors. They should be scared. The future might mean directors won’t bother with actors, who can be difficult, who might not give you exactly what you want, who might not be pretty enough, or strong enough — performance capture can perfect our flaws. It is so beautiful to watch, such a scary notion to embrace.

Inglourious Basterds can only win on a preferential ballot. And it might just squeak by there and win. It is a film that is very entertaining once you let go of the big problem of having to imagine a story that never actually happened – it could have happened, though, I guess. But it is very funny, and lovely to look at and has a rhythm about it that can’t be denied. It is great directing, no doubt. It is probably the most unique in terms of story — but it is probably just too weird, ultimately, for the Academy. Inglourious Basterds has the internet vote for sure. It will now be dragged out whenever 2009 is discussed, the same way Pulp Fiction has been dragged out in discussions. But not just internet fanboy types love the film – lots of people love it. It made a decent enough haul despite its decent enough (not too great) reviews. It is funny, engaging, entertaining — it might be considered too “light” for the Academy, as it really doesn’t have a lot of gravitas — it isn’t really about “right now” the way Avatar and The Hurt Locker are.

Finally, to me, The Hurt Locker was the best film of the bunch because it is nuts and bolts filmmaking. It is solving the problem without a whole lot of technology. It is strong on writing, character and theme. It is about something that greatly concerns me personally — the war in Iraq – but not just the war in Iraq — our decision to invade Iraq as embodied in the Jeremy Renner character. I love that there are layers to discuss in The Hurt Locker that mean different things. I wish more people had seen it, and that more people gave a damn about the war at all. There are too many distractions, perhaps. Too much entertainment here in America.

I will remember this Oscar season as having been one of the dirtiest I can remember in ten years. Although maybe I say that every year. We won’t hold grudges, we’ll just move on – the bigger picture here is that it isn’t really about winning at all; it’s how you play the game.

I guess my point is that the big win isn’t really about the people who created the art – it’s more about the studios who want the prestige of having a Best Picture Oscar, and it is about the producers.

It’s a shame, though, isn’t it? A damned shame. Meanwhile, I am predicting The Hurt Locker to win because I guess I’ll go down with the ship. I feel like Avatar is going to win, though. And I really won’t care if it does. It feels like the people’s movie. And maybe it’s time the people’s movie really did win.

In that case, The Hurt Locker should take Actor, Director, Screenplay, Editing and Sound.