< The Blockbuster vs. The Long Tail - AO Scott Sums Things Up - Awardsdaily - The Oscars, the Films and everything in between.
No Result
View All Result

The Blockbuster vs. The Long Tail – AO Scott Sums Things Up

by Sasha Stone
in AWARDS CHATTER
37 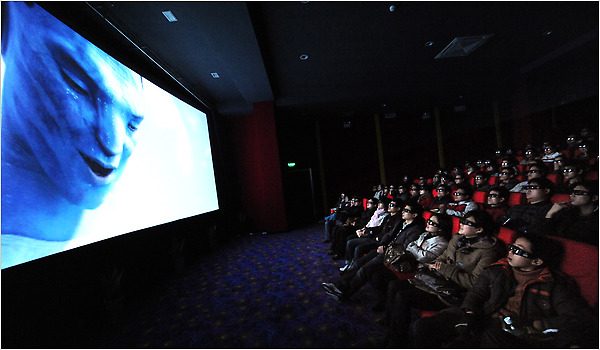 The Oscars find themselves locked in a battle for the near and immediate future of Hollywood. Coming out of the last ten years we were lulled into a false sense of security, that independent cinema WAS the future of Hollywood. Think again. Money has never seemed as important to the film industry as it does this year. Here is AO Scott:

The ‚ÄúHurt Locker‚Äù-‚ÄúAvatar‚Äù showdown is being characterized as a David-versus-Goliath battle, but melodrama and rooting interests aside, it is really a contest, within the artificial arena of the Oscar campaign, between the mega-blockbuster and the long tail. That last phrase, the title of a 2006 book by Chris Anderson, already has a bit of an anachronistic sound, but Mr. Anderson‚Äôs idea, shorn of some of its revolutionary overstatement, is still compelling. As digital culture makes more and more stuff available and spills it faster and faster into an already swollen marketplace, some works will establish themselves slowly, by word or mouth, social networking and serendipitous rediscovery.

That hypothesis is likely to be tested more strenuously than before in the movie world. The money to produce and publicize the kind of middle-size movie that has dominated the Oscar slates in recent years is drying up. Cheap acquisitions can be turned into hits ‚Äî last year‚Äôs best picture winner, ‚ÄúSlumdog Millionaire,‚Äù being the most recent long-shot example ‚Äî but there are likely to be fewer luxury goods for the prestige market.

Only one of the current crop of best picture candidates, ‚ÄúUp in the Air,‚Äù fits that description: it has a polished look, an established star, a literary pedigree and a medium-size budget. And it looks ‚Äî all of a sudden, after a strong start in Toronto and in spite of perfectly good box office numbers ‚Äî like an outlier, a throwback.

Which is to say nothing about its quality. The Oscars are never about that anyway. They are about how the American film industry thinks about itself, its future, its desires and ideals. Right now it is thinking big and small, trying to figure out how to split the difference, and hoping we will keep watching. Wherever and however we do watch.

Split the difference. In a five picture race, that is exactly what they would do. In the case of ten, they still might. We’ll have to wait and see.