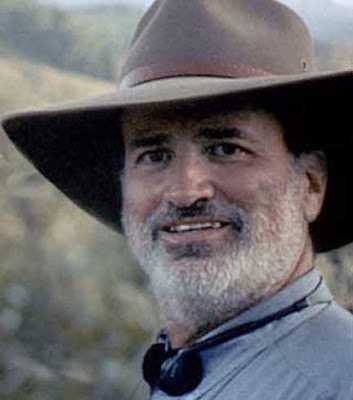 @onthecroisette dug up some comments by “Stan” on a Slashfilm post about Vince Gallo (not worth anyone’s time) but when the chatter turned to Malick’s Tree of Life the thread became interesting:

It has already occurred. He screened it to an audience of about thirty, and it’s literally 97% done. Our boss was able to see it, and called it the best film of his since “Badlands”. Emmanuel Lubezki was in attendance, as was some vfx gurus (one of which was my boss).

It will not make Cannes. The visual effects aren’t done, but the footage that we’ve worked on is near complete. The reason for the delay in post is because of the amount of detail IMAX 70 MM requires. I can assure you that the results are worth the wait.

Is the IMAX 70MM footage going to be released in a separate documentary, or is it to be incorporated into an IMAX release of The Tree of Life? I ask because there were a lot of rumours about a related IMAX documentary called ‘Voyage of Time’, but I suspect that might just have been a codename for additional IMAX shooting for TOL.

Our house is referring to it as “Voyage of Time”. I don’t know if it will be a separate documentary. Terrence has made sure that we work on footage without knowing too much of the plot or reason behind it. It’s always about a feeling or an emotion. He is definitely the most interesting director we’ve had the pleasure of working with, and probably the only who’s interacted with the digital artists themselves. He has never settled for results less than immaculate, but is humble and patient about it.

In many ways, it sort of feels like the end of everything that this is news – dredged up from a comment section. But given the secrecy of this film and the level of anticipation, I felt it worthy of your time and attention.

Here is the full poster for the 75th Annual Cannes Film Festival. It is a nod to Peter Weir's The...

Alas, so all the hype about a new David Lynch joint potentially showing up at Cannes turns out to be...

How To Fix the Broken Oscars

After this year's Oscars debacle, there's no question that the whole show needs to be rethought. Question is, can they...

Zoey's Extraordinary Playlist captured my heart from its first episode, it's one of my favorite things on TV, and I've...

‘Sound of Metal’ is a Roaring Achievement