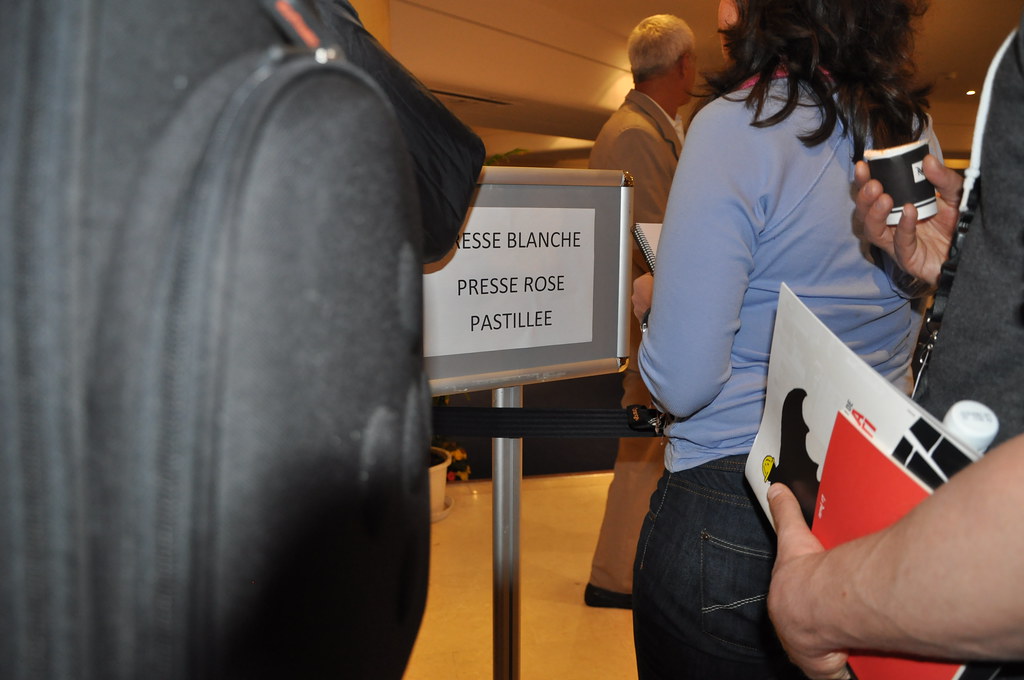 I wanted to stay in the Orange WiFi cafe here at Cannes but instead decided to catch the early screening of Robin Hood. After the film, the press gathered for a press conference. But, as you can see by the sign there, lowly yellow-badged press members such as myself cannot attend the press conferences. We can’t really get within spitting distance of celebrities because we are too lowly. 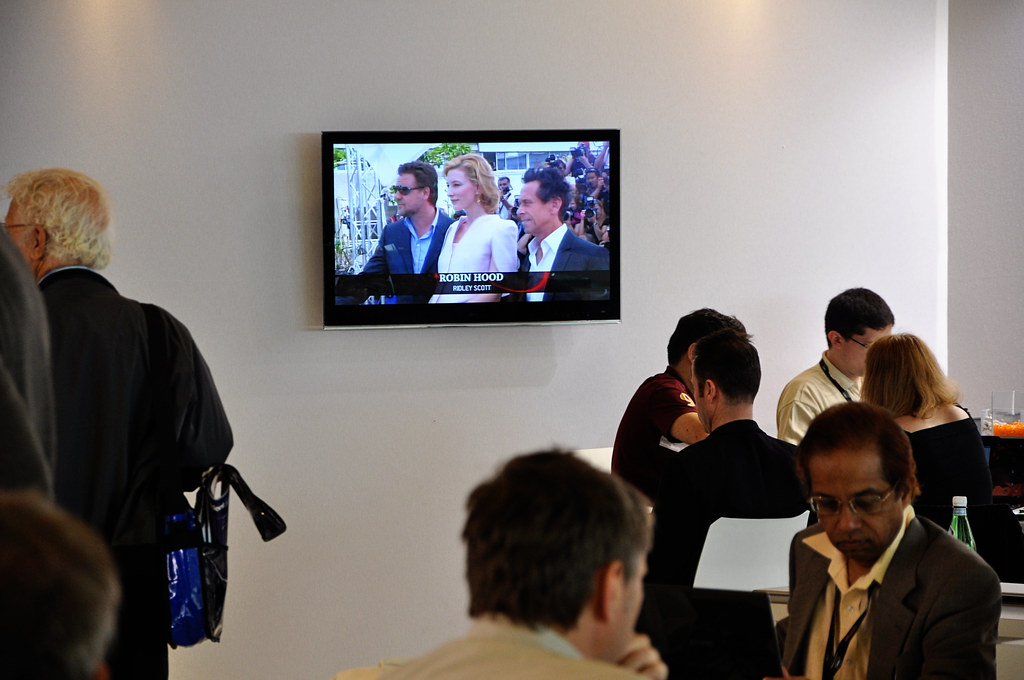 It doesn’t make sense to sit all of the lowly worms as far as possible from the screen, since we’re bitching, because in this day and age ALL of the reviews can mean something. What’s the use of giving Joe Blogger a shitty experience at Cannes? It is old school if you’re asking me.

Anyway, so one could listen and watch the press conference and photo call from the Orange Wifi Cafe. Not the same as being in Their Presence but if you’re dying to hear the q&a you can certainly bend an ear. Folks like Anne Thompson, Anthony Breznican and Jeff Wells will have stories on the press conference, to be sure.

As for Robin Hood – well, I am forced to repeat a joke I Twittered a few minutes ago – that it’s all foreplay and no big bang.

That is to say – it prepares you for a movie you won’t get to see. To that end, it’s an interesting preparation. I didn’t hate it. It just is a tad on the longboringconfusing side. Pretty to look at, great costumes — not a bad performance by Cate Blanchett and Russell Crowe, given ideal circumstances, seemed born to play this part. I shall have to wait until the second film, god willing there will be one, to have my socks rocked. Until then, I will cling to the techs as being the biggest standout here.