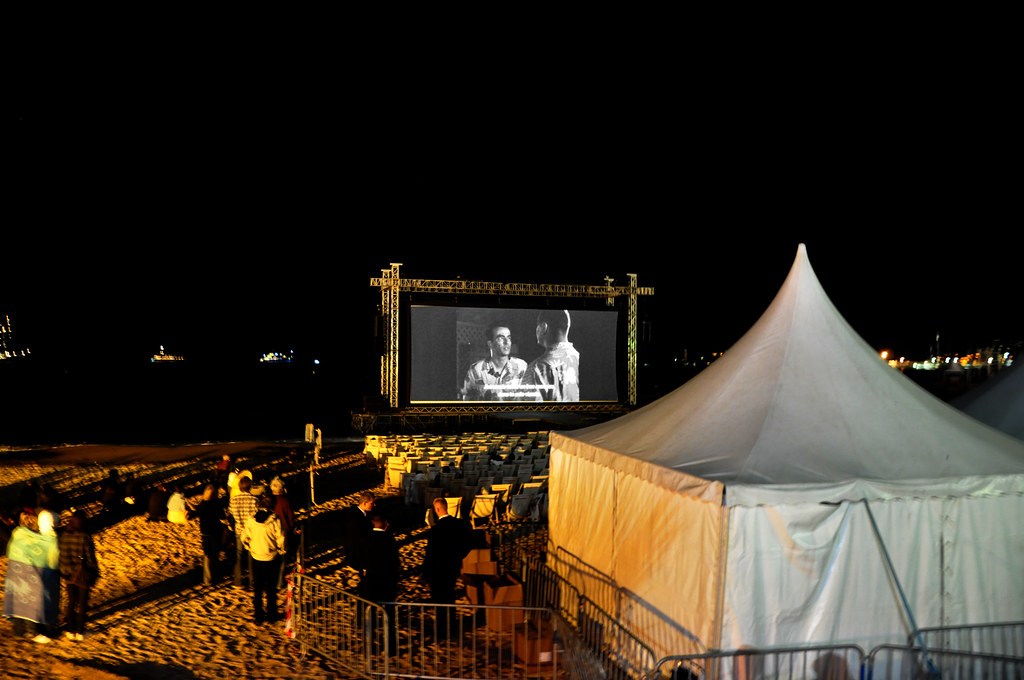 Cannes is a many layers deep experience. Every time you think you’ve nailed one layer, peeled it back, stuffed it into your pocket another one reveals itself. And another, and another.

There are obscure screenings and high profile screenings and many variations therein. But it does give one a warped sense of things when you see crowds begging for tickets to Wall Street 2. If it were any ordinary Friday in the states you’d be thinking, “do I really want to go see another sequel?” Maybe you would and maybe you wouldn’t, but it is pressing here. It is a must-do.

Cannes smells like coffee, cigarettes and the sea. On days where it’s bright and warm, you are caught with brief glimpses of the white caps in the waves and the reflection of the sun on their surface. Those are the moments you wish you were sipping good rose on someone’s yacht, dressed in flowing white linen and watching the peons mill around on shore.

What I see mostly are tired and hard-working journalists hunched over their laptops tapping out reviews or stories – photographers resting their gigantic chunks of lens and plastic near their computer as they upload the many shots they got of the talent — it doesn’t matter to them that much whether it was a movie star or just crop and upload.

The photographers wait wherever the talent will be coming through the door or walking down a corridor — but it is never so frenzied as it is surrounding a high profile movie like Robin Hood or, even more so, Wall Street 2. I suspect the Woody movie will be even more intense. And not just because the Woodman will bring with him such a spectacular looking cast but because he’s Woody – a mythic figure.

They gather near the back where the stars and filmmakers make their way from the photo call to the press conference.¬† There are also fringe dwellers seeking autographs – probably those who buy tickets to the fest.

They waited nearly twenty minutes for the Wall Street 2 crew to come on down the walk. 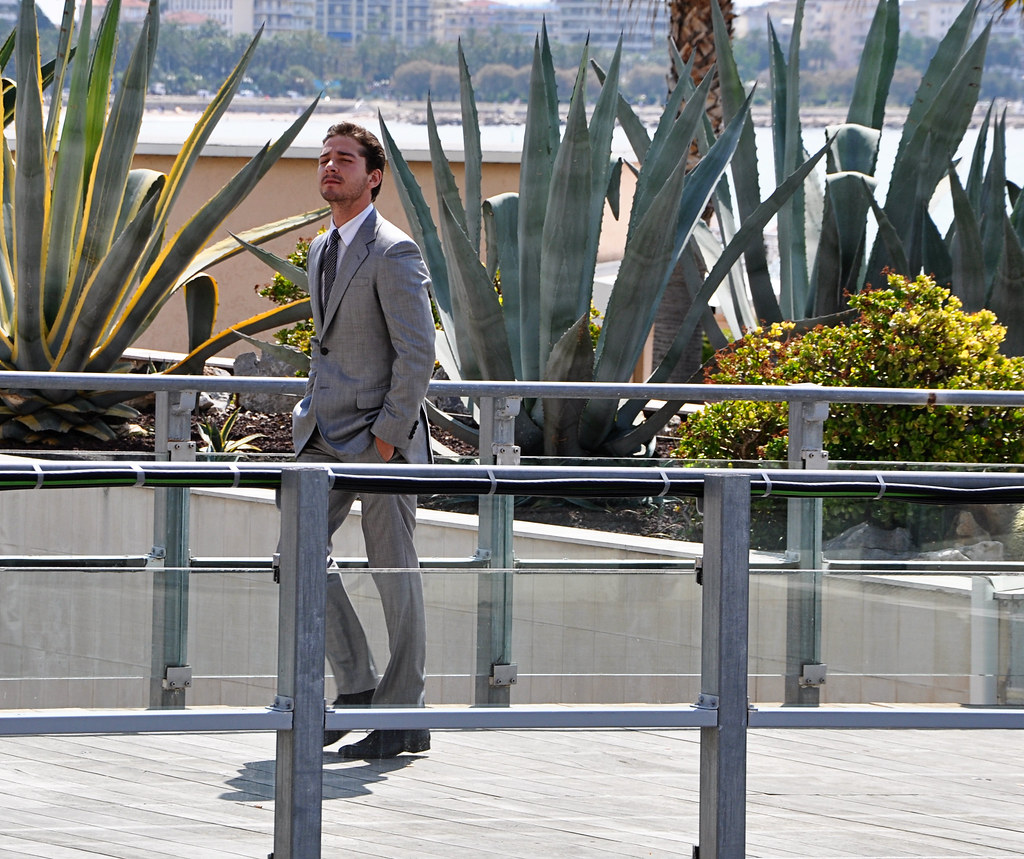 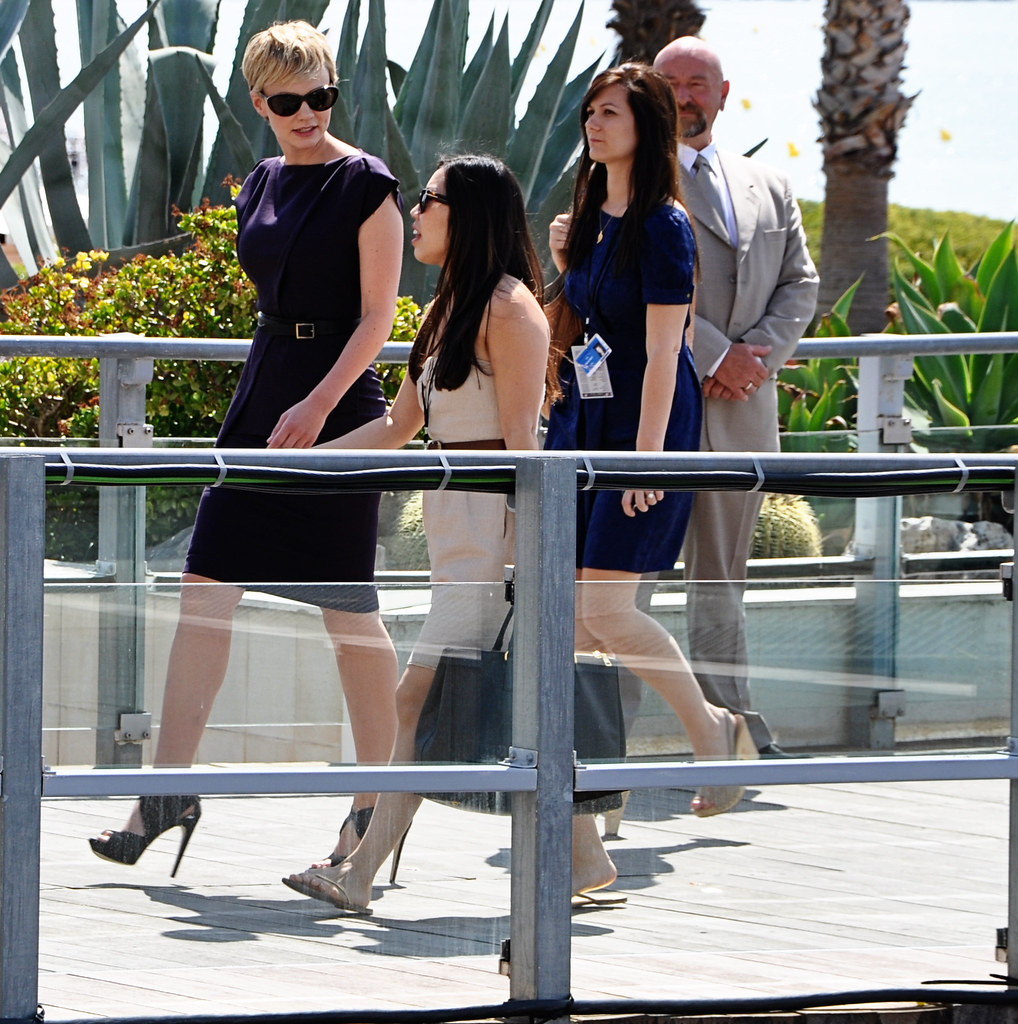 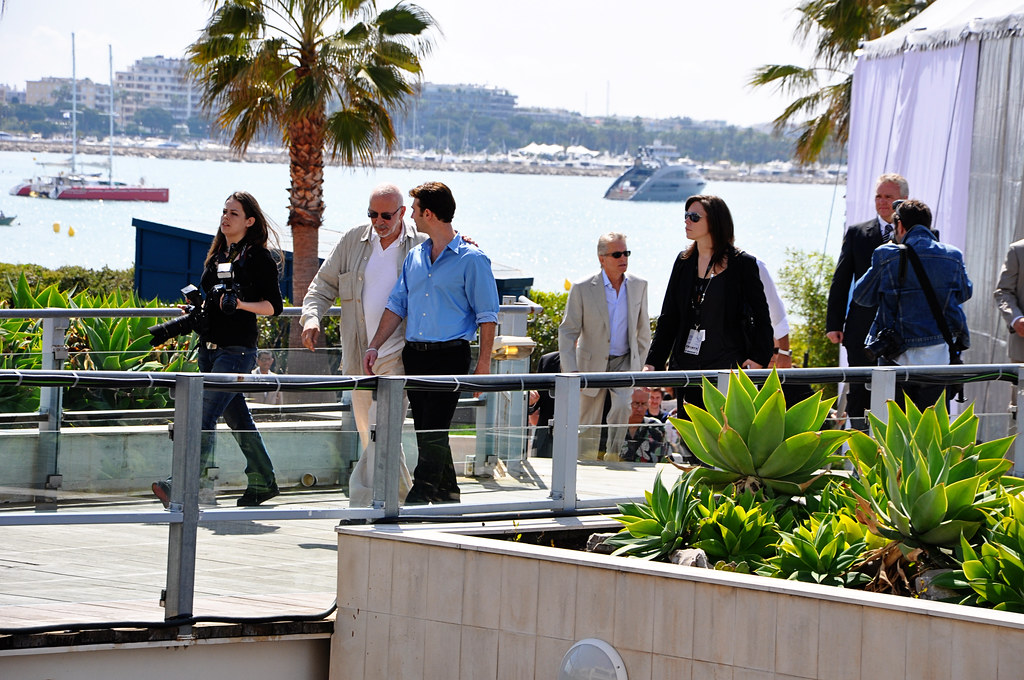 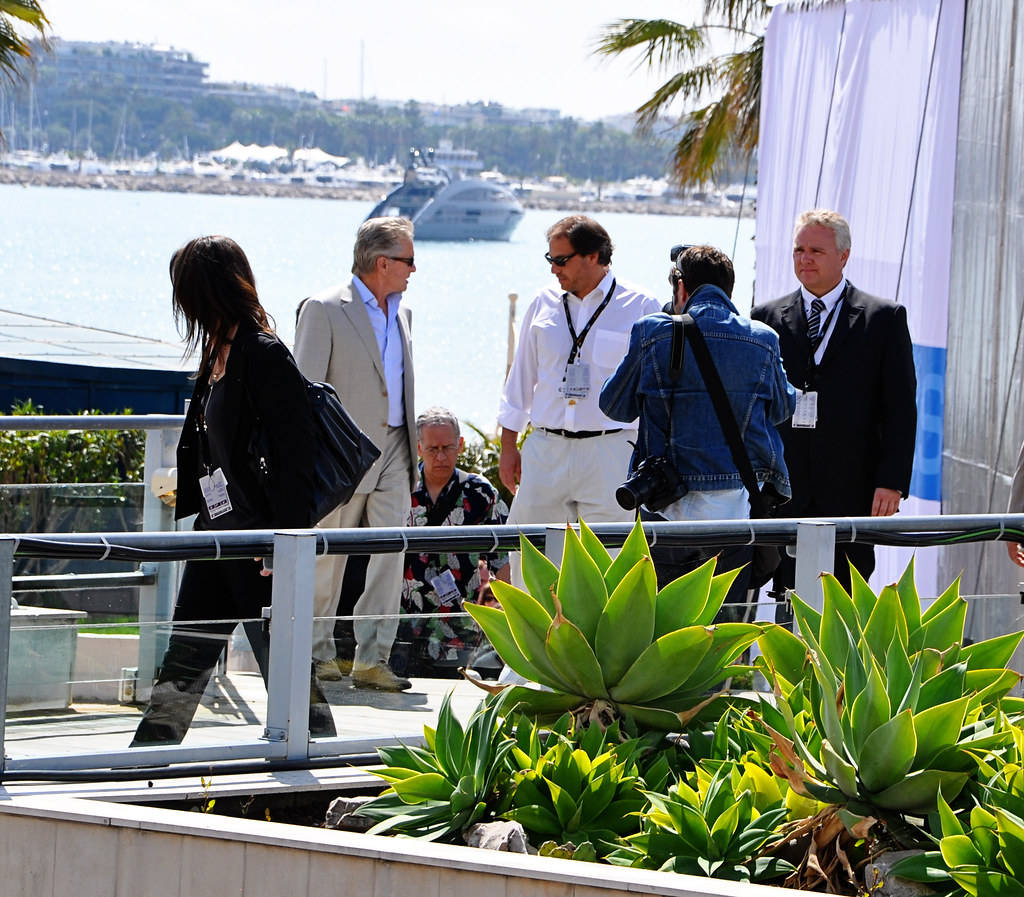 You will not find a nicer group of folks than those who work as the staff here. 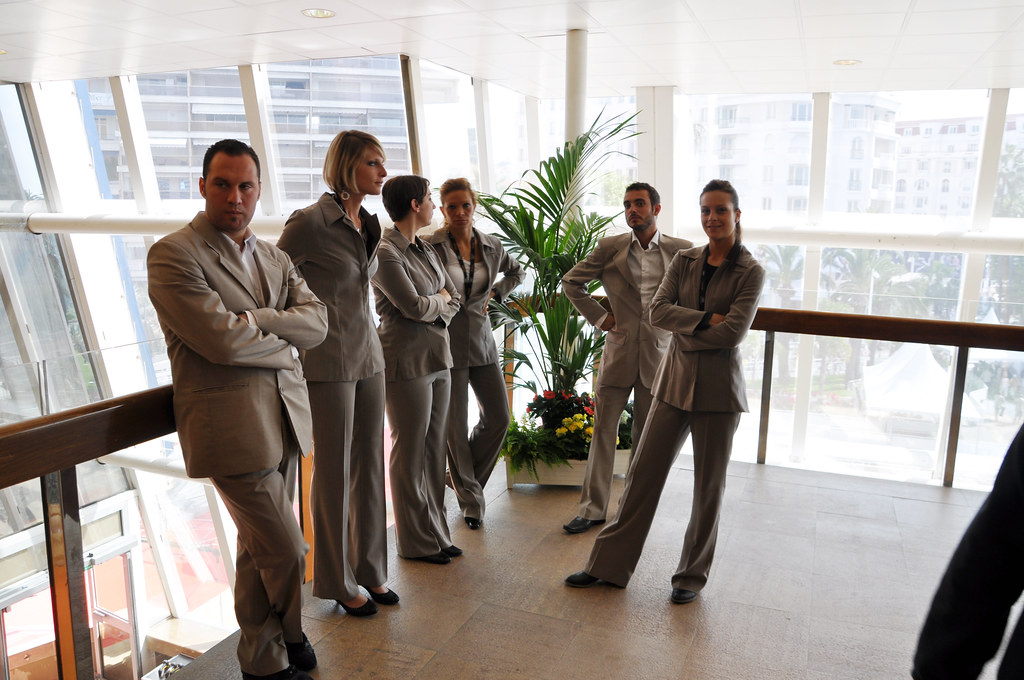 They are so pleasant and helpful, always smiling and saying “bon soir” and “bonjour” and “merci.” If they have to tell you something more than that, they just chatter at you in French without asking whether or not you speak the language. And then you stand there, confused until the message is made clear with a pantomime or a drawing. They have not lost patience with any of us yet.

Last night, I spent a few hours chatting with In Contention’s Guy Lodge – a charmer, to be sure. After a few drinks with Hollywood-Elsewhere’s Jeff Wells we found our way down to the beach where the public screenings (open to anyone) debuted with From Here to Eternity. It was uncharacteristically cold, however, so we could stand there just for a bit — even with the rose and beer warming our blood it was too much. Montgomery Clift, though. Montgomery Clift.

Our very own Cedric, who is @onthecroisette on Twitter and also has his own site, has been coming to Cannes for 17 years got me into a special screening of the Korean remake, The Housemaid. Cedric has that French thing going on — easy charm, cigarette packs spilling out of his bag of stuff, got me a ticket to a screening in the Palais with the jury present (Tim Burton and Kate Beckinsale, etc). They sit in the back in boxed seats. Cedric is the guy to know if you are ever coming to Cannes. You simply don’t want to come here and not find him and chat him up. He knows all of the insider info and has retained enthusiasm for the films. 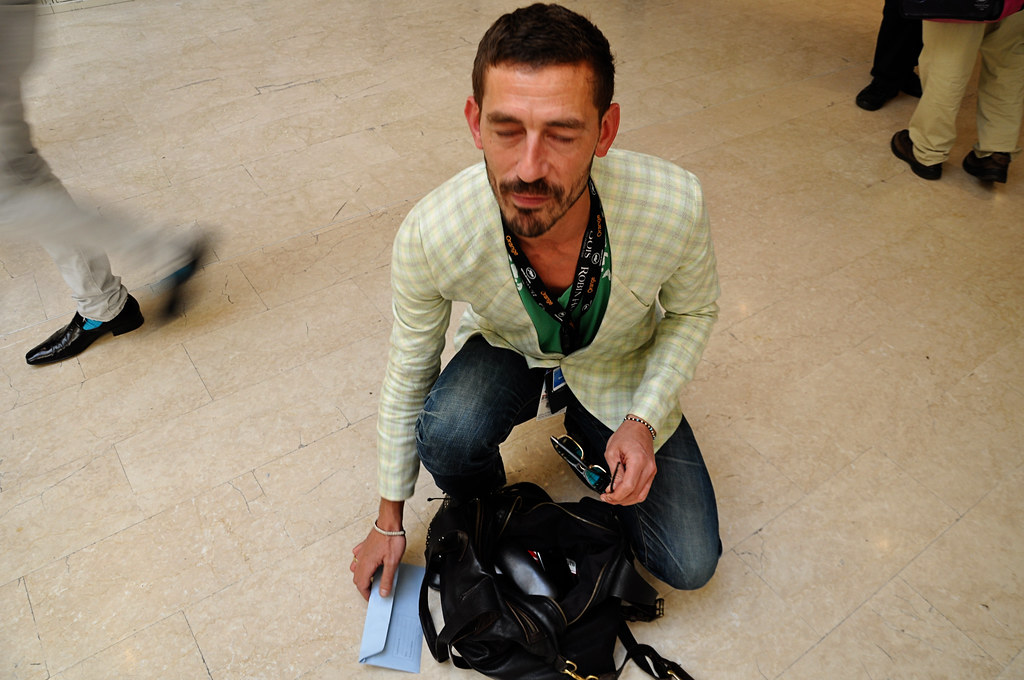 Unfortunately, I only have this pic of Cedric Forgive me, Cedric!¬†¬† I think it’s cute, even though he’s blinking. 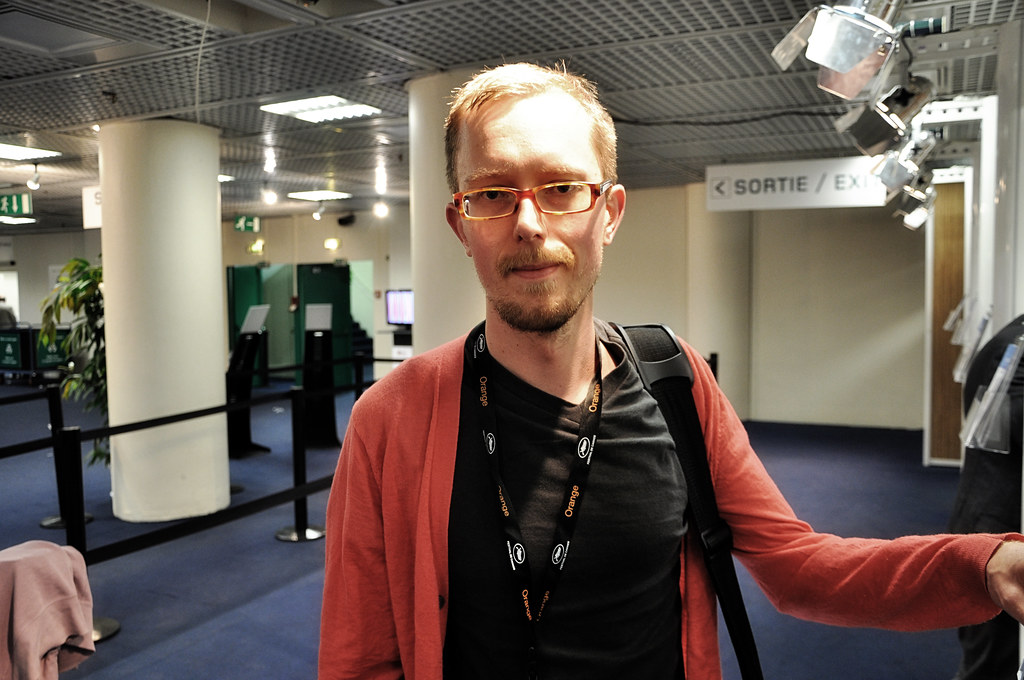 One additional note about Cannes – seeing so many films at once can make one feel sleepy. Keeping your eyes open during screenings may be the biggest challenge of all.