by Sasha Stone
in AWARDS CHATTER
3 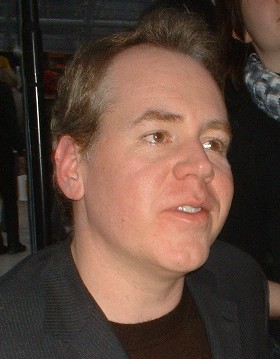 What would that be?
“We’re watching, and we’re aroused by looking, whereas I don’t think women respond that way to films, just because of how they’re built.”

You don’t think they have an overt level of arousal?
“[They have one] that’s not so stimulated by the visual. I think, to a degree, all the women I named aren’t particularly visual directors. You could argue that Lost in Translation is beautiful, but is that [cinematographer Lance Acord]? I don’t know. Regardless of the business aspect of things, is there a reason that there isn’t a female Hitchcock or a female Scorsese or a female Spielberg? I don’t know. I think it’s a medium that really is built for the male gaze and for a male sensibility.

Translated as, movies are targeted mostly at 13 year-old boys.

I mean, the best art is made under not an indifference to, but a neutrality [toward] the kind of emotionalism that I think can be a trap for women directors.

Emotionalism? ¬†Oh, you mean like Cameron Crowe! And Steven “all that matters now are the people we love” Spielberg?

Which are we talking about?
“I mean, do I want to say this on the record? Did you see The Proposal? Anyway, whatever.”

Do you want to say this on the record? ¬†Hm.

From Jezebel, via ONTD

500 Days of Summer Recut as a Thriller