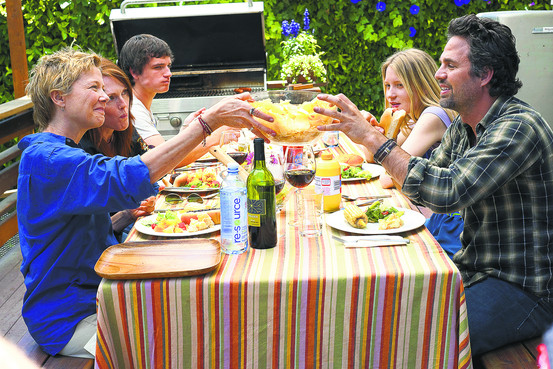 The Kids Are All Right did okay out of Sundance, but now that it’s hitting the mainstream, it is looking like a much more formidable contender for one of the Best Picture slots, and also for Annette Bening, who just gets better as she gets older.

Ten 100s on Metacritic will help The Kids Are All Right end the year as one of the best reviewed, even if the New Yorker’s Anthony Lane drags it down with a very low score of 40. ¬†Funny that his opinion can be that different from his contemporaries.

The New York Times’ AO Scott calls the Kids Are All Right “is so canny in its insights and so agile in its negotiation of complex emotions that it deserves to stand on its own. It is outrageously funny without ever exaggerating for comic effect, and heartbreaking with only minimal melodramatic embellishment.”

Lisa Schwarzbaum’s grade A review says this about Bening, “Particular huzzahs are due Bening for the precision she brings to the brusque yet emotionally expressive Nic. A famously natural, mature beauty in a Hollywood culture of youth-oriented artifice, Bening uses physical authenticity as a source of dramatic strength. Comfortable in her own skin, she’s at ease inhabiting the body and exposing the soul of Nic, a complicated woman who also knows exactly who she is.”

The Social Network to Open the NYFF