by Sasha Stone
in AWARDS CHATTER
19 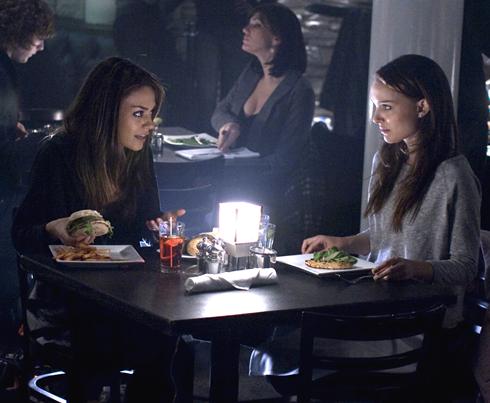 The lineup for the upcoming Venice Film Fest will be announced July 29, but Variety’s Nick Vivarelli does some spitballing.

Word has it that Darren Aronofsky’s Black Swan will open the fest. ¬†The pic stars Natalie Portman, Mila Kunis, Winona Ryder and Vincent Cassel. ¬†Sofia Coppola’s Somewhere have already been announced and will screen there. ¬†The American is NOT going to be at the Venice fest.

It is not unheard of for an Oscar movie to springboard out of Venice. ¬†Unlike Cannes, Venice seems to go for star power and occasionally susses out potentially great performances. ¬†We will keep an eye on that. ¬†Guy Lodge from Incontention is going to be covering Venice, although his tastes tend to run so directly contrary from my own he might as well be Armond White. ¬†But I’m sure it will be entertaining and informative nonetheless.

The Venice Film Fest runs September 1 through September 11, and overlaps with Toronto by a couple of days.

De Niro and Norton in the Stone Trailer