OscarWatch: Jim Carrey in I Love You, Phillip Morris

by Sasha Stone
in BEST ACTOR
131

One wonders what Jim Carrey will have to finally do to get an Oscar nomination. Comedic actors have a particularly hard time being taken seriously, and though many believe Carrey deserved a nod for Eternal Sunshine of the Spotless Mind or The Truman Show.
Occasionally “funny” performances do win Oscars, like Jack Nicholson winning for As Good As It Gets (he had no competition). But comedic actors don’t really noticed, not if they play a funny role really well, and usually not when they “go serious.” Some actors get ignored more than others and Jim Carrey is one of those.

But will all that change this year when I Love You, Phillip Morris finally opens in December? The film has already been seen and reviewed in the UK. It is going to start screening here fairly soon.

It seemed like a good time to bring up the film since the radical, overly-involved-in-our-personal-lives, non-freedom-loving republicans have decided to block the move to repeal Don’t Ask, Don’t Tell.

And by the way, Ian McKellen wants our government to know: 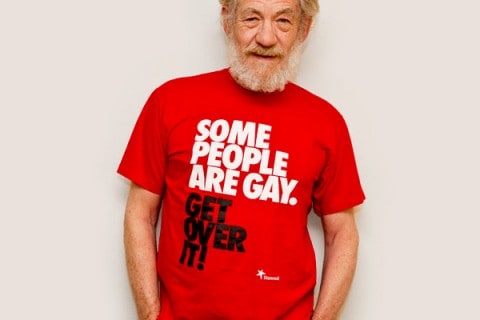