We included the notorious Melissa Leo ads — although, frankly, I’m not going to be one of those who sits in judgment at what Leo has done in creating ads for herself, despite the way they have been portrayed. ¬†Look, it’s a dirty business, the Oscar race. For some, a win is more valuable than others. ¬†More of my thoughts on this latest Awards Daily sure-to-be-shitstorm, after the cut.

Meanwhile, here’s a sampling of the new gallery update (thanks Dora!) 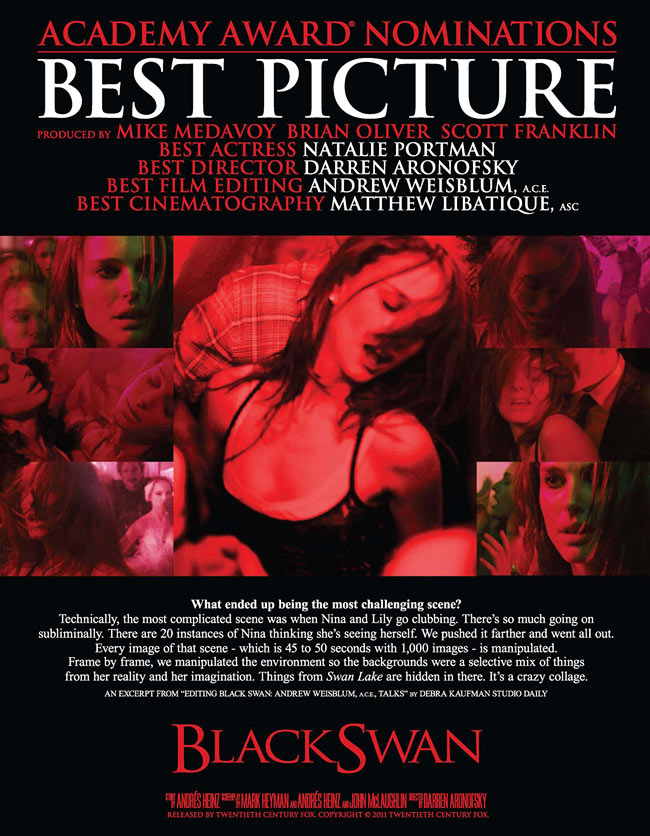 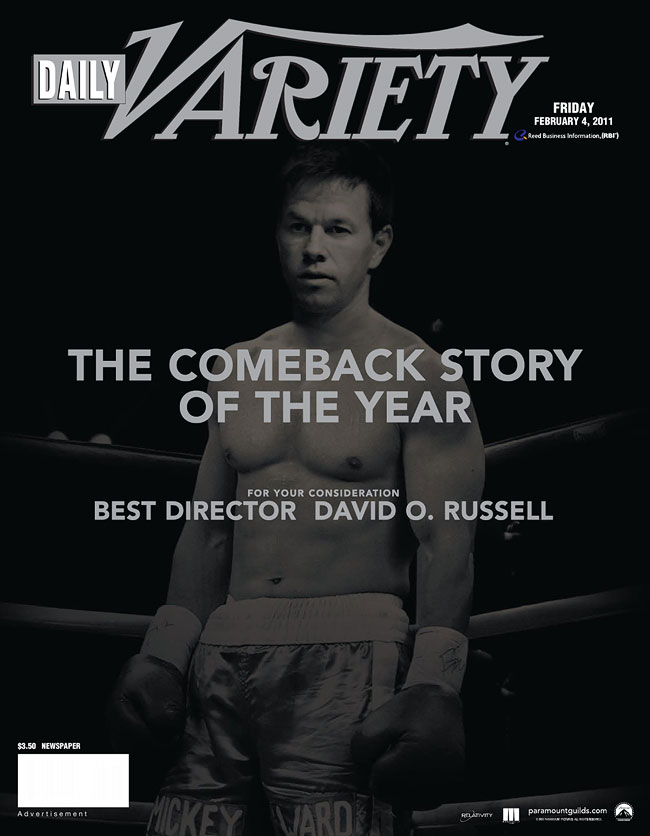 It’s still true that nobody knows anything. Nobody knows how the beast will roll in any given year. ¬†It depends on so many factors – what movie they saw first, what movie they saw second, whether the movie made you cry, how sympathetic the characters are, how likable the contenders are. It is not unlike running a political campaign: you need a strategist, you have to exert a good image to the public, you have to give great speeches and you have to never let them see you sweat. ¬†And the whole time you have to try to make them think it’s actually their idea to vote for you.

If Oscar posters told the truth? ¬†Believe me, you can’t handle the truth. ¬†We all know that there are ways of playing the game. So before we start to judge Ms. Leo, who gave as good a performance as she’s ever given in The Fighter, let’s take a look at ourselves in the mirror. No one, except maybe the filmmakers and the contenders, can escape this game blame-free, especially not we the chatterers. ¬†What did Melissa Leo do except what all of the other publicists are doing only they dress them up as legit. ¬†A contender doesn’t campaign for themselves; they have their publicists do it. ¬†The fact that anyone would judge her for that and withhold their vote for THAT reason is yet more fodder for the general conclusion that the Oscars are nothing more than a popularity contest.

And yet, we all know they will judge her, don’t we? ¬†Voters shy away from controversy and they shy away from any sort of sign that a contender actually wants to win, god forbid. ¬†The rules of the game dictate that you must pretend not to care, or pretend that winning an Oscar was so outside the realm of possibility that you can hardly stand up when they bequeath you with such a high honor.

Hey, if that’s what they are, we have to applaud it, choke it down or stop following the race. ¬†The trick is not minding.