Silence screened for the New York Film Critics and for the National Board of Review. From many accounts so far, it is a very strong film with a deep meditation on faith, something Martin Scorsese has consistently touched on throughout his career despite becoming a lapsed Catholic. Scorsese has always expressed himself in dichotomous ways when it comes to morality, especially when you compare films like The Departed, Taxi Driver, Goodfellas, and The Wolf of Wall Street vs. films like The Last Temptation of Christ, Kundun, even Hugo, and now Silence. In some ways, Scorsese approaches music and film the way he did faith or religion, which explains his devout devotion to each.

That he’s made Silence now in his career after having made The Wolf of Wall Street is interesting. Perhaps, you could say, it’s a bit of a cleansing of the soul after facing down the soulless darkness of greed and excess. We will be seeing Silence on the 4th of December, but here are a few of the tweets that came out today:

There is silence no more. After screening for hundreds of priests at the Vatican yesterday, the floodgates for reactions to Martin Scorsese‘s Silence have now opened. While an official review embargo is still set for later this month, select critics in New York and Los Angeles had the chance to see the director’s long-gestating adaptation of Shūsaku Endō‘s novel and, for the most part, it sounds like it was worth the wait. Ahead of our review, check out the reactions below (and we’ll add more as they arrive) along with a link to the full score, now available to stream.

I saw SILENCE twice today. First time, I was absorbed, impressed, moved. Second time, I was in tears. One of Scorsese’s greatest films.

Second screening revealed it to be one of Scorsese’s most beautifully structured & composed films. And made me appreciate Neeson a lot more.

The novel of SILENCE is the only book I’ve ever read that made me want to believe in God. Film’s effect is different, but still v. powerful.

SILENCE is absolutely staggering. Deserves to be compared to the masterworks of Ingmar Bergman. A serious film about faith under fire.

SILENCE is beautiful and heartfelt. All Good Friday, as with most Scorsese. Very little Easter Sunday.

I thought it was bracing and absorbing. I also love KUNDUN and LAST TEMPTATION. Temper expectations accordingly.

Very few filmmakers ever find a way to compellingly grapple with spirituality and faith on film. Scorsese has done so consistently.

Also, SILENCE may have the most engrossingly weird bad guy since Hans Landa in INGLORIOUS BASTERDS. The Inquisitor is something else.

Anyone still championing Liam Neeson in SILENCE for Best Supporting instead of Tadanobu Asano, Yôsuke Kubozuka, or Issei Ogata, well…

SILENCE is a tortured & fascinating examination of faith in all its forms. a valuable counterpoint to Shinoda’s film. being Jewish is chill.

one of the things I love about SILENCE is how it confronts – but doesn’t judge- the potential arrogance & imperialism of missionary work.

it interrogates faith on personal and political levels with less violence than Shinoda’s film, but more agonized, unresolved introspection.

Since everyone is confessing, after only one viewing, this former Catholic schoolboy is agnostic toward SILENCE.

I will say this for SILENCE, Andrew Garfield is extraordinary in his articulation of not wanting to lose one’s faith.

i found SILENCE urgent, moving, and momentous even as I kept wishing the padres would just go back home and call the proselytizing off

Silence finds Andrew Garfield at his best and Martin Scorsese at his most restrained, contemplative. A faith-based drama for the rest of us.

Since we’re all sharing: SILENCE is an expertly crafted, severely morose crisis-of-faith drama. Stilted in parts but gorgeous and haunting. 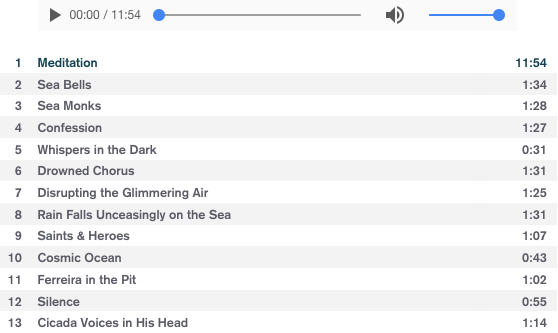 We also have a trailer for BFI’s upcoming Scorsese retrospective, which one can see below.

Martin Scorsese’s SILENCE tells the story of two Christian missionaries (Andrew Garfield and Adam Driver) who face the ultimate test of faith when they travel to Japan in search of their missing mentor (Liam Neeson) – at a time when Christianity was outlawed and their presence forbidden. The celebrated director’s 28-year journey to bring Shusaku Endo’s 1966 acclaimed novel to life will be in theaters this December.

Silence will begin its release on December 23 before expanding in January.