Team ADTV offer their 2018 Golden Globe Predictions in the TV categories. Will The Handmaid’s Tale sweep? Will the HFPA finally embrace Will & Grace?

The 2018 Golden Globes ceremony airs Sunday night on NBC, hosted by Seth Meyers. The ceremony will prove fascinating because Stephen Colbert hosted the Emmys with the kind of restraint Meyers isn’t known for. Will this be an all-out political affair? My best guess is yes. The Hollywood Foreign Press (HFPA) would love nothing more for attention and ratings. Anyway, here are the official 2018 Golden Globe predictions in the TV races from Team ADTV: Megan, Joey, Jazz, Jalal, and yours truly.

Most of us think Hulu’s The Handmaid’s Tale will have a very good night. No one’s predicting a full sweep, but I personally wouldn’t be surprised if Ann Dowd triumphed here as she surprised at the Emmys. Unfortunately, she has to go through Laura Dern, but is HBO’s Big Little Lies yesterday’s news for the HFPA? We’re predicting a series win across the board and mostly predicting dominance in the acting races. There could be room for surprises though with surprise nominee Jessica Biel (The Sinner) predicted by Jalal to take home the trophy. And some on Team ADTV aren’t feeling the Dernaissance.

Finally, on the Comedy front, can the HFPA ignore The Marvelous Mrs. Maisel, particularly the hot performance by comedy ingenue Rachel Brosnahan? Or will they finally embrace Will & Grace?

After the ceremony, please join us on Monday’s Water Cooler Podcast for a recap of the show’s highlights and lowlights as well as our reactions to the winners.

Enjoy the weekend, and we will catch you on Monday. 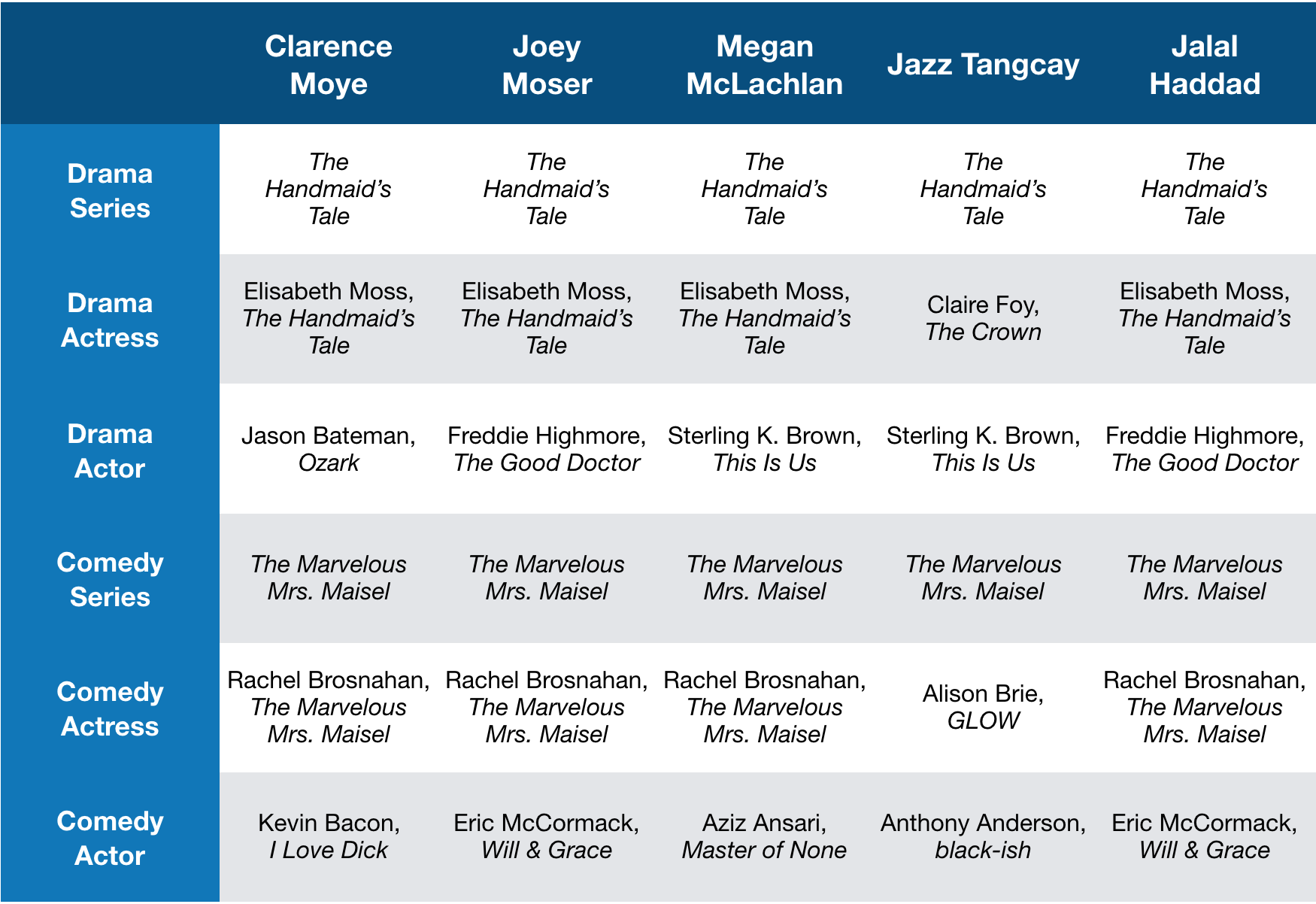 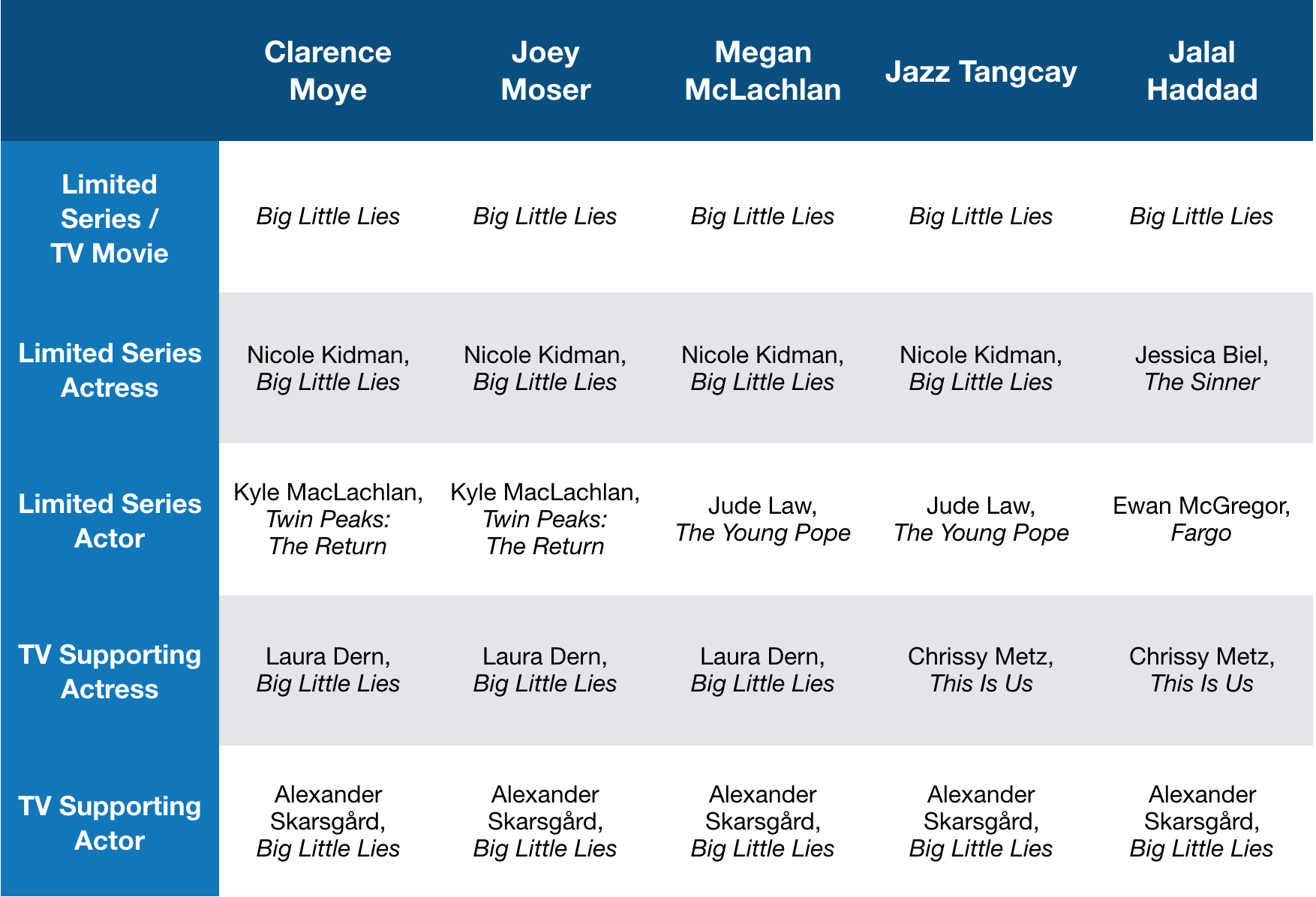 Predictions Friday - The Oscar Squad Takes on the Golden Globes