by Clarence Moye
in ADTV
2

Here are the official trailer and poster for Steven Soderbergh’s upcoming Mosaic. This one is a little more intriguing than the typical mini-series. Mosaic released first as an iOS/Android app back in November. That allowed users to interact with the series in a unique way. They could view the action from multiple perspectives and explore the central crime.

MOSAIC, a six-part limited series from Steven Soderbergh (Oscar® winner for “Traffic”; Emmy® winner for HBO’s “Behind The Candelabra”), explores the psychological underpinnings of love and murder in a small town, blurring the line between reality and memory. The series debuts MONDAY, JAN. 22 (8:00-8:50 p.m. ET/PT), followed by other episodes debuting subsequent nights – Jan. 23, 24 and 25 – at the same time, with the final two episodes debuting back-to-back on Friday, Jan. 26 at the same time.

Set against the backdrop of a mountain resort town, MOSAIC follows popular children’s book author and illustrator Olivia Lake (Sharon Stone), whose literary success makes her a local celebrity in the tight-knit community. At the annual fundraiser, where she is accompanied by trusted friend and confidante JC (Paul Reubens), she sets her sights on a handsome, young newcomer in town, aspiring graphic artist Joel Hurley (Garrett Hedlund). Encouraged by the doting and flirtatious Olivia, he accepts her offer for a place to stay and work, but the unexpected arrival of Joel’s girlfriend, Laura (Maya Kazan), sends Olivia into a jealous tailspin.

Olivia subsequently has a chance meeting with charming stranger Eric Neill (Frederick Weller), another new arrival in town, whose duplicitous intentions to sweep her off her feet for financial gain have an unexpected outcome.

When Olivia disappears on New Year’s Day, leaving behind a blood-soaked studio, MOSAIC becomes an intricate whodunit, and it is up to detective Nate Henry (Devin Ratray) and Eric’s sister, Petra (Jennifer Ferrin), to unravel the mystery. 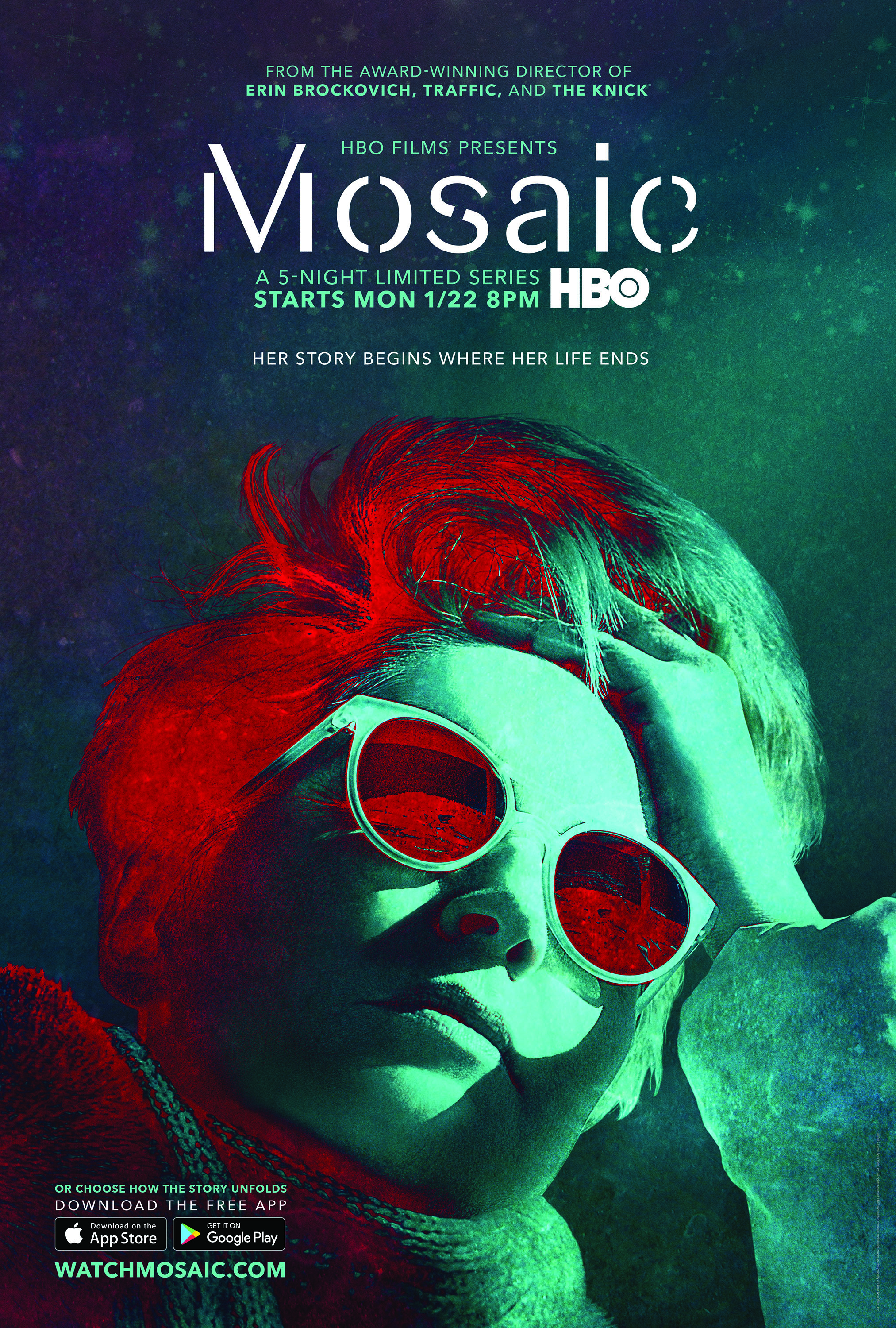 What Comedies Will Come Out on Top This Weekend at the 75th Golden Globe Awards?