After months of Hollywood finally beginning to address years of assault and systemic sexism, women were finally given the spotlight at a major awards show. From the red carpet to the final acceptance speeches of the evening, actors used their platform to bring awareness to the Time’s Up movement. Twitter exploded after Oprah’s electrifying speech, but my personal favorite moment was Natalie Portman personally calling out the Hollywood Foreign Press Association (HFPA) at their own party for their snub of female directors. When it came down to the actual awards the HFPA for the first time awarded their top program awards completely to female driven stories. Big Little Lies, The Handmaid’s Tale, and The Marvelous Mrs. Maisel dominated the TV awards while Lady Birds and Three Billboards were the big winners in the film categories.

The Golden Globes are known for their insane choices, especially on the TV side. This year however the biggest surprise of the night is just how predictable the crop of winners was. In fact all but four of this year’s winners were repeats from the Emmys. Sterling K. Brown and The Handmaid’s Tale were the winners in the drama categories while Big Little Lies completely swept the ceremony with four awards. On top of all the repeat wins past Emmy nominees Ewan McGregor (Fargo) and Aziz Ansari (Master of None) finally won awards after their Emmy competition was ineligible. The HFPA usually goes out of their way to standout from the Emmys making it even stranger that they largely echoed their choices this year.

The one new show to breakthrough at the Golden Globes was Amazon’s The Marvelous Mrs. Maisel which took home statues for Best Series – Musical or Comedy and the corresponding actress award. The entire ADTV team and just about anyone who closely follows awards was anticipating the HFPA to fall in love with the comedy, but for the average viewer this is their first introduction to the streaming show and will hopefully introduce it to even bigger audiences. It’s far too early to tell, but The Marvelous Mrs. Maisel might even be on its way to becoming the Emmy frontrunner after winning here and receiving a surprise PGA nomination. 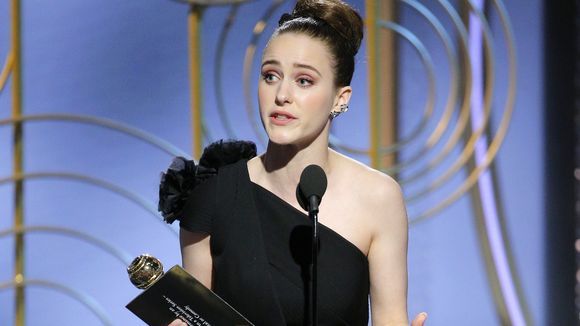 Overall it will be interesting to see how these wins affect the upcoming Emmy season. The Handmaid’s Tale is sweeping through every awards group, but the downside of that might be that it creates unobtainable expectations for the second season. Sterling K. Brown is becoming unstoppable, and it’s hard to imagine him losing any time soon.

The ceremony itself actually improved throughout the ceremony as Seth Meyers took a backseat and let the nominees and winners organically guide the night. Meyers didn’t have a standout moment and his major bit of a back-and-forth between actors in the audience was hit-and-miss. Instead the ceremony really took shape when Oprah Winfrey accepted the Cecil B. Demille Award and only improved from there. Natalie Portman and Barbra Steisand had standout moments while Frances McDormand completely entertained with her audience reactions and standout acceptance speech.

BAFTA: Of Stats, Conundrums, Frontrunners, and Underdogs — What to Make of This Crazy Oscar Year