The Case for Rachel Morrison’s Cinematography in Mudbound

by Jazz Tangcay
in BEST CINEMATOGRAPHY
2

When I spoke to Mandy Walker (Hidden Figures, The Mountains Between Us) last year, she estimated that only 5% of cinematographers are women. Of course, that’s changing as the American Society of Cinematographers works to add diversity to the field by sponsoring its masterclass program.

As we look at films getting Oscar buzz with nominations balloting now in progress, there are two films in the conversation with female cinematographers; Molly’s Game (Charlotte Bruus Christensen) and Mudbound (Rachel Morrison).

If either of these talented women were to receive a nomination for their work, they would be the first in the history of the Academy to he honored. You read that right. So, here’s the case for Rachel Morrison and her work on Mudbound, because whether you see the film in a screening room, the Chinese Theatre, or at home on TV streaming it in HD on Netflix, the gorgeous visuals of the Mississippi Delta virtually steam with lush atmosphere.

We’re familiar with the capabilities of great visual storytellers such as Deakins and Lubeski, but what about here in Mudbound? Dee Rees and Rachel Morrison have managed to create a rich and  detailed visual story, achieving a level of artistry that deserves to be recognized.

Set during World War II in the Jim Crow South, Mudbound looks at the overlapping plight of two families, the Jacksons and the McAllans, as sons from both families go off to fight in the war. The Jacksons are the sharecroppers living on the land owned by the McAllans, and both are connected to the mud and to the vast farm where they live.

“When I think of the farm, I think of mud. I dreamed in brown.” Laura (Carey Mulligan) says as the film opens and we see this vast land, the grit, the dirt, the brown, the overcast skies as thunder rumbles and so we are pulled down into that grave that’s being dug. It’s that entrapping mud that Morrison not only captures, but molds into a character as it serves to tie the families together.

Morrison has said she likes to work with light, her objective is to make her lighting look natural. As she captures and draws distinguishing parallels between the two families, Morrison lights the Jacksons in a warm palette, and you feel the warm hues come through the screen especially when she captures the Jackson family at home at night.  In contrast, the McAllan family inhabit a  detached power in their home, and the coolness of colors that fills their surroundings creates aentirely different feel to the characters in their woodframe homes set starkly against the landscape.

Speaking to No Film School, Morrison said the lighting presented a challenge. “We had to load up the interior with a lot more light than I normally would, just to get within range of the exteriors. It was the hardest I’ve ever had to work to make natural light look natural. We put 18Ks through every space that wasn’t on camera just to bring up the ambiance inside to be able to compete with how bright the farm was outside. If I didn’t do any lighting or hard ND, it was probably about an 8-stop difference between the outside and the inside. Maybe even closer to 10.” She goes on to say, “We would kind of jump around to the windows that needed it most. Hard ND is expensive and this was quite a low-budget film, so we picked our battles.”

What Morrison does so exquisitely is capture the contrast of American Realty against the American Dream. In photographing mankind in our relationship with the mud, she also expresses our isolation, in wide shots showing the vast landscape of the isolated farm devoid of modern-day machinery. Just the browns of greens of the earth, the blues and grays of the skies, and the men and women caught in between.

When we watch the roil of natural elements erupt in turmoil, the storms the war skies in Europe, Morrison captures every ominous shift from beauty to dread. She also turns faces into somber portraits. The first time we see the devotedmother Florence Jackson on screen, she is naturally lit and devoid of makeup. Mary J. Blige the glamorous Grammy winning artist has dissolved and in her place has emerged the rawness of a stalwart  midcentury matriarch. Garrett Hedlund has become one with the era. Carey Mulligan, is equally authentic. Again, every detail is visually captivating as Morrison ensures that each bead of sweat on a humid day and every speck of dirt adds its indelible brush stroke to faces dappled by the land. 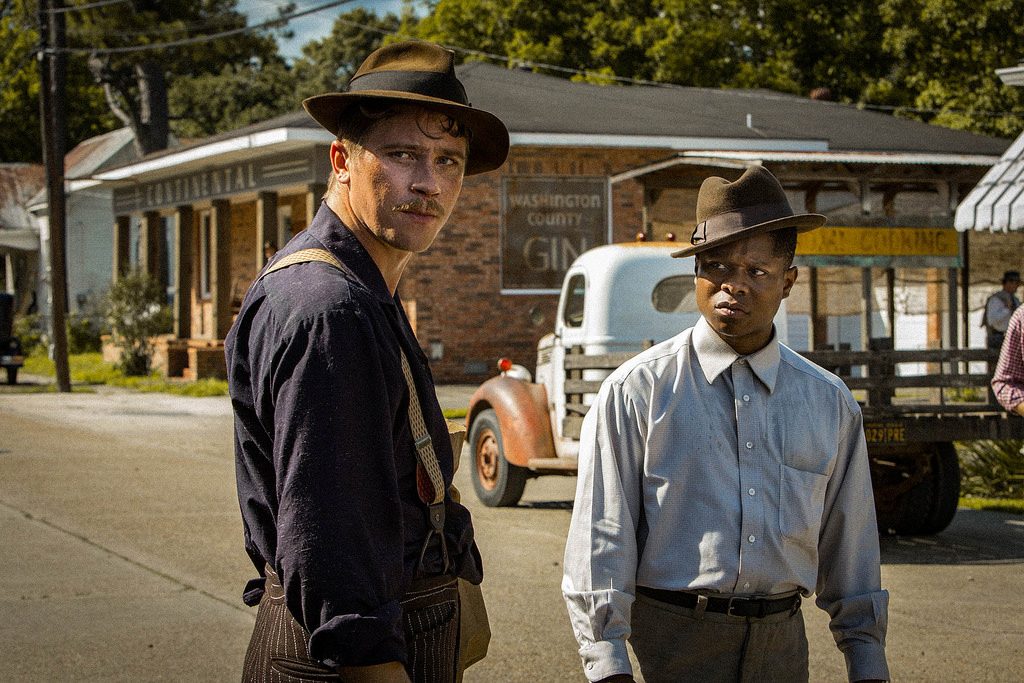 Budget restrictions and shooting schedules (the film was shot in 29 days and for $11 million dollars) meant that Morrison could not do the movie on film; instead she shot with an Alexa Mini to save time and explore the creative freedom of the digital toolbox. Morrison used old-school anamorphic  lenses to give us scenes like Laura alone on her porch as magic hour wanes, cocooned in contemplation. Morrison says much of her photography in Mudbound was inspired by photos from the FSA (Farm Security Administration) and the work of such giants as Dorothea Lange and Gordon Parks. 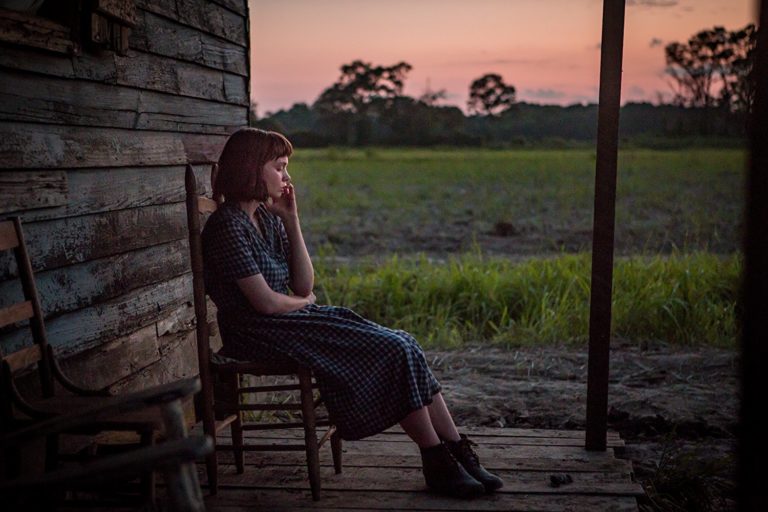 Ansel Adams once said, “In photography, there is a reality so subtle that it becomes more real than reality.” Rachel Morrison’s photography of Deep South in Mudbound is divinely lush and ethereal while at the same time gritty and foreboding. This extraordinary film solidifies her reputation as a truly talented and gifted director of photography. With so few films shot by women, Mudbound is stands as a landmark on many levels, and Morrison’s work here should by no means go unnoticed in the category for Best Cinematography.

Washington Post: Mudbound is the Film We Need Right Now