Day 3 of the Cannes Film Festival. The competition showings haven’t been as strong as hoped so far, but I liked EVERYBODY KNOWS more than most and stumbled upon another charmer today. Russian filmmaker/multimedia artist Kirill Serebrennikov’s first-ever entry in Cannes competition, the musical biography/romance LETO (also known as SUMMER) is an ode to youth, love and freedom. At just over two hours, it’s a bit messy, less than focused and stylistically somewhat overdone, but what it lacks in discipline, it makes up for with a whole lot of feelings. Pure, deep, preciously undefined feelings.

Set in early 1980’s Leningrad, the Soviet Union’s vibrant cultural capital at the cusp of a new era, the film follows then aspiring musician Viktor Tsoi (Teo Yoo) as he tries to break into the rock scene by making the acquaintance of star performer Mike (Roman Bilyk) and his gang, including wife Natasha (Irina Starshenbaum). The rock scene back then, by the way, looks very different. Concerts are watched over by stern-faced officers who keep fan reaction way below boiling point and would not even allow a single hand-held sign. Lyrics to be performed must be pre-approved and singing the tunes of Lou Reed or Bob Dylan could be ideological crimes. It’s an altogether more innocent version of rock than we’re used to where the biggest star spends his downtime on the beach hanging out with friends or at home with his wife and kid.

Times are changing, however. A yearning to break free from such social and political constraints is bubbling up. People want to sing freely, cheer freely, love freely – even though the same people might not yet know how to actually do any of the above.

In its attempt to depict this period of change and recapture all those feelings of uncertainty, LETO resorts predominantly to an impressionistic approach. By stringing together a series of singular events interspersed with candid footage and musical interludes, a collage is created that doesn’t tell you a story so much as slowly immerses you in a beat, a state of mind. Its power comes from the aggregate, so when you see Natasha thinking back on a moment of tenderness spent with Viktor towards the end of the film, a lot about their actions remains unexplained but the heartbreaking mix of sweetness, regret and everything in between will hit you right in the gut.

Serebrennikov is a talented visual artist and LETO looks great. The crisp b&w photography breathes nostalgia into every frame and contrasts the occasional bursts of color vividly. As with last film THE STUDENT, which premiered in the Un Certain Regard section in Cannes, he gets carried away sometimes with flamboyant displays of technique. The numerous musical interludes in this film, often accompanied by prominent use of graphic effects adding cartoonish outlines, thought bubbles and such, can be a bit too in-your-face. The running gag of having someone appear to announce what was just shown on screen did not happen also gets tiresome. But all the pizzazz eventually makes way for an appropriately subdue ending with a simple homage to those we love. Call me weak but that got me. Big time.

A movie so different that no legitimate segue could possibly be made here is Iranian-Danish director Ali Abbasi’s Sweden-set horror hybrid BORDER, which premiered today in Un Certain Regard. First of all and most importantly, this movie is not, NOT, N-O-T for the faint of heart or the easily offended. It’s just not. It’s the kind of movie that takes things so far it may go beyond unsettling people and leave scars. BUT, for all the rest of you with a high endurance of visual provocation and tend to see past it for the message and filmmaking finesse behind, this original and mercilessly intense fairy tale is simply unmissable.

The story centers around Tina, a middle-aged customs officer controlling incoming ferry passengers into Sweden. Tina is an unassuming if naturally menacing presence with bad skin and bucked, yellowed teeth. But Tina has a gift. She can smell people’s feelings, be it shame, guilt, rage or panic. Those trying to smuggle liquor across the border or traffic drugs trigger her sniffs, whereupon she’d ask her colleague to conduct searches. This seems like not a totally worthless compensation for someone who leads a lonely existence, most likely because of her appearance. One day a man who looks awfully like Tina would walk past her at customs with a sly twinkle in his eyes and nothing will be the same again.

BORDER starts out almost like a comedy (a fact that in hindsight astonishes). The extensive prosthetic work on (completely transformed) lead actress Eva Melander’s face, her character’s silly “gift” and how people react to this unique individual in the film could all elicit uncomfortable snickers. You think to your self: such macabre Scandinavian humor. But then it just all gets weirder and weirder, and you find yourself increasingly rattled to the point of being genuinely shocked/sickened (I’m not one to reveal key plot developments but let’s say the first sex scene in the film deserves to be called iconic in its level of twistedness). Incidentally that was also the point where I secretly gave up on the movie, thinking there’s no recovering from such outrageousness.

Who knew the twists would keep coming? By its third act, BORDER has evolved beyond an indictment of modern day vanity, intolerance, discrimination, a furious discourse on queer sexuality to directly question the essence of humanity. And what’s most remarkable is that at no point does it get preachy or dial down its horror game. This is a (in many territories probably un-releasable) genre pic through and through. It just happens to also have a few profound things to say. Guillermo would approve.

Obviously it’s still very early in the festival, but I’d say Melander’s terrifying/heart-wrenching performance could put her in contention for best actress in Un Certain Regard. And BORDER itself would make for a very unusual but truly fabulous Queer Palme winner. 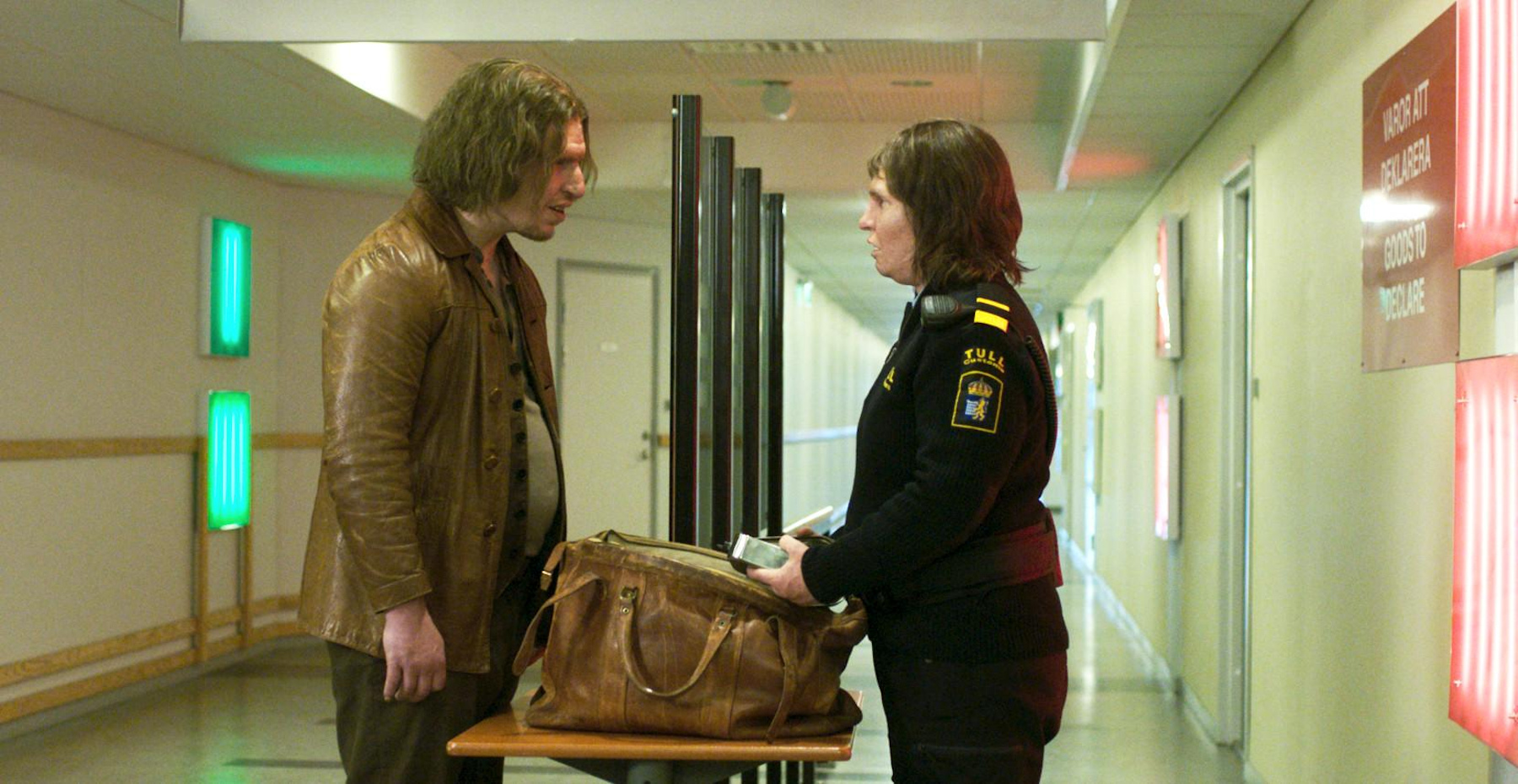 Cinematographer PJ Dillon On Creating the Mood of 1896 NYC