by Zhuo-Ning Su
in featured
7

A new personal favorite has emerged in this year’s Cannes competition and it happens to be directed by a woman. Italian filmmaker Alice Rohrwacher, whose previous effort THE WONDERS won the Grand Prix in 2014 (one of the absolute film highlights of that year), returns to the Croisette with modern-day miracle tale HAPPY AS LAZZARO. It’s a deceptively simple film that requires a leap of faith on the viewer’s part. All those who are willing to indulge a little gratuitous fantasy in a family drama/moral parable, though, are in for a real treat.

Lazzaro (Adriano Tardiolo) is a quiet, hard-working, implausibly good-hearted young man. He is part of a large farming household in rural Italy and lets himself be bossed around by everyone else running errands, doing heavy chores. The household is struggling to stay afloat under the strict demands of estate owner Marquise De Luna, a ruthless businesswoman who one days shows up with her spoiled children. The rebellious teenage son, sick of how his mother exploits and belittles those who slave away to be on her payroll, secretly plots his escape and befriends Lazzaro. On the day his master plan goes unexpectedly wrong and changes the fate of everyone on the estate, Lazzaro disappears.

This synopsis roughly describes the first half of the film, which would in many ways remind those familiar with THE WONDERS of that transcendent movie. At the center is once again a large family living in the country trying to to make ends meet. The characters are unsophisticated, their relationship to each other and to their environment largely shaped by tradition and practical needs. Rohrwacher’s depiction of the everyday family dynamics here is equally truthful. Building on ordinary anecdotes which nonetheless add dimension and texture to the characters’ circumstances through an attention to detail, the film quickly draws you in and places you inside the unrefined, fragrantly earthy world of Lazzaro.

Despite such beautiful strokes of realism, there’s something off about the earnest, doe-eyed hero from the very beginning. We know he is prone to staring blankly into space and needs to be shaken awake from that unresponsive state. The way he unconditionally obeys any demand thrown at him with near-robotic willingness is also more than a little curious. In two instances, Rohrwacher goes further in her suggestion of supernatural elements, using subtle editing tricks and some brilliant sound effects. Nothing is ever spelled out for the audience, however, so that we enter the second half of the film with a wonderful sense of mystified anticipation.

What happens then shall not be revealed, and it is here that some may find fault with Rohrwacher’s writing. Let’s just say the chain of events that transpires is not the most inspired given the magnificent build-up. At the same time, the film becomes a more pointed investigation of exploitation in the modern society and how basic kindness could backfire when everyone is looking to make a buck off of someone else. Poignant and ambitious themes all around.

Forget about the gender of its makers (DP is again the enormously talented Hélène Louvart who’s responsible for another one of my Cannes highlights – PETRA), HAPPY AS LAZZARO is simply a great-looking film that dares to give a familiar sci-fi subgenre an ultrarealistic spin. It’s a blessed feeling to be in the hands of such remarkable storytellers.

Today also marked the premiere of Argentinian-Italian enfant terrible Gaspar Noé’s new film CLIMAX in the Directors’ Fortnight section. After the much hyped disappointment that was LOVE (3D), the provocatively (if rather senselessly) titled follow-up is a harrowingly realistic trip that delivers the goods the way only Noé seems to know how.

In terms of plot, there’s precious little to speak of. A group of young dancers – men, women, black, white, gay, straight – are gathered at a compound in the mountains for rehearsals. After a successful final run-through, party is in order. The sangria prepared by the instructor turns out to be spiked, however, and soon the flirty good vibe would descend into hellish chaos.

This being a Noé joint, story is unsurprisingly not the most prominent component. That said, the boldly reduced narrative structure of CLIMAX still stands out. The lengthy opening dance routine, a montage of party chatter among the protagonists and another extended dance scene composed of solo performances together take up about half of the film’s 95-min running time. The rest is spread between the drugged-up ravers as they go through the stages of a mad LSD trip.

Very much in the vein of INTO THE VOID, this film is all about stimulation, provocation and ultimately the approximation of an out-of-body experience. The visual gags begin with the credits, which are divided into two parts and whose details are too delicious to spoil. But rest assured that they will catch your attention. The aforementioned dance sequences are lasciviously, bombastically choreographed and executed with eye-popping precision. In theory it’s arguable whether putting attractive people doing suggestive dance moves on film constitutes cinema, but when you actually see it, the style, energy and sex appeal included, you’d realize any such argument would fail.

Cinematographer Benoît Debie does some next-level work here maneuvering the camera in between gyrating bodies on the dance floor, in pursuit of desperate figures stumbling along ominously glowing corridors, all around blurred conjunctions of limbs caught in chemically induced fever dreams. The way he makes you feel right there – in the middle of the heat, sweat, psychedelic confusion – truly overwhelms. Together with a sick soundtrack that leaves you thirsty the minute the beat stops, the visual and aural landscape of the film makes up a compelling substitute for the heightened reality of the intoxicated.

CLIMAX doesn’t exactly have a point to make, but as an exercise in visceral filmmaking, it passes with flying colors. 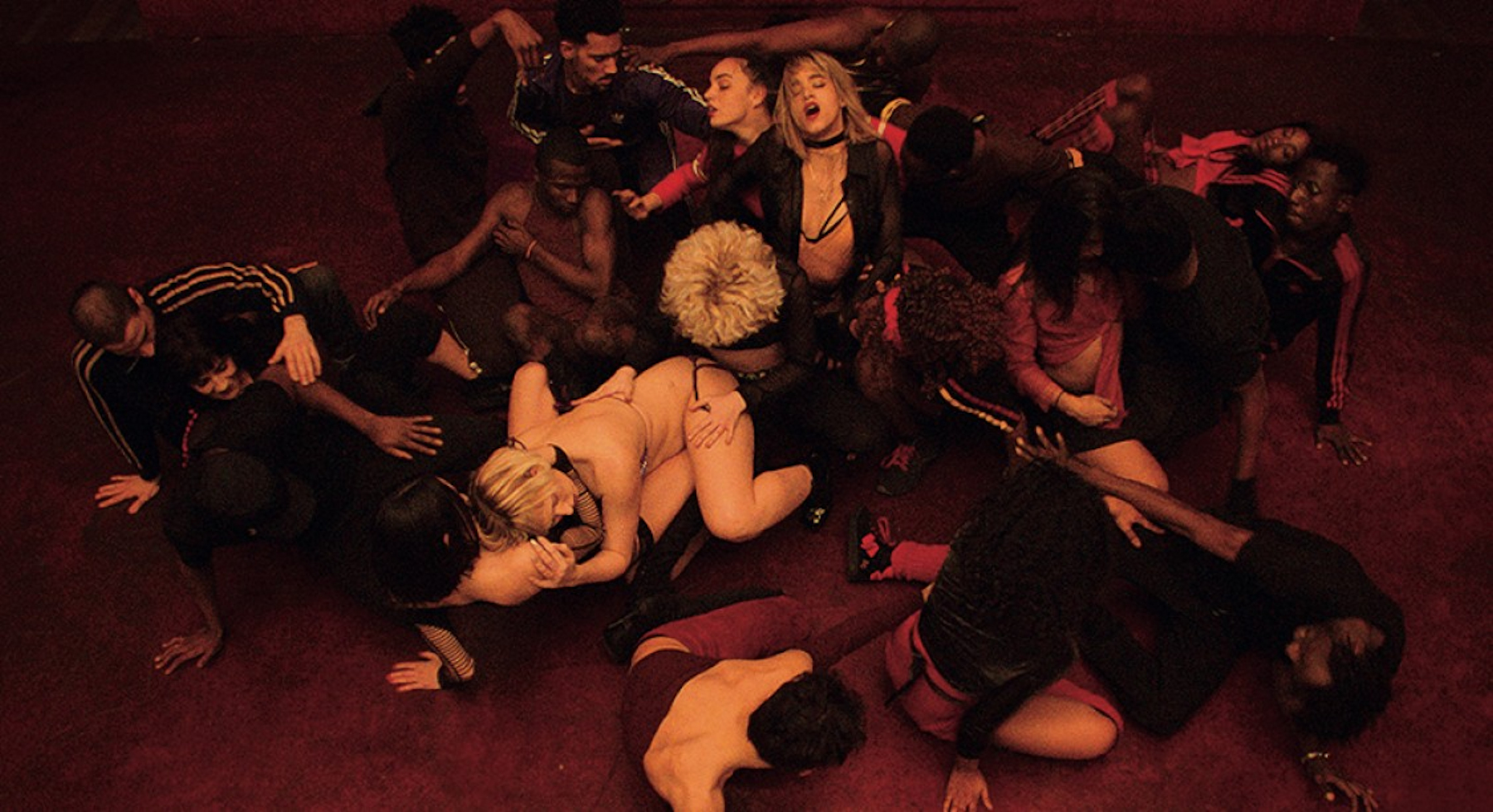 Renate Reinsve on Her Star-Making Performance in ‘Worst Person’