The first of only two American films in Cannes competition this year to screen is Spike Lee’s BLACKKKLANSMAN, a comedic rendering of retired detective Ron Stallworth’s autobiographical tale about his experience infiltrating the Klu Klux Klan in the 1970’s. The zany premise executed with slick proficiency and sick burns of the sitting administration ensures a good time at the cinemas plus chilling reminders of how far there’s still to go in terms of eliminating racial hatred in America.

Ron (John David Washington) was the first black officer at the Colorado Springs Police Department. After working in the records room and suffering everyday insults from various colleagues, he’s given the assignment to go undercover at an event hosting speaker, civil rights activist Kwame Ture to collect information, where he meets the president of the Black Student Union Patrice (Laura Harrier). Later he would be transferred to the intelligence division, where one day he places a call to the local KKK branch out of boredom. To his surprise they immediately call back and express interest to meet. In order to follow up, Jewish colleague Flip (Adam Driver) is brought on board to appear as the white, very racist Ron the real Ron makes himself out to be on the phone. Funny business ensues.

It’s a joy to see someone with Lee’s command of his craft let loose on a film. Like a jazz musician, he stages and edits the majority of scenes in BLACKKKLANSMAN with electrifying spontaneity and flow. The exchanges are often rapid-fire, allowing the comedic effect to accentuate the absurdity of the situation. The cuts feel intuitive and have a cadence to them that drives the narrative sprightly along. But Lee’s greatest achievement here might be the way he embeds brutal indictments of Donald Trump and what he stands for into the story without compromising the grave urgency of the former or sacrificing the fun of the latter. In fact, candid footage from the neo- Nazi rallies in Charlottesville 2017 attached at the end of the film evokes that much more horror when you realize you’ve just seen a hilarious comedy about crazy white supremacists.

Meanwhile, Japanese director Hirokazu Koreeda returns – after briefly dabbling in the mystery genre last year with THE THIRD MURDER – to the genre that rightly made his name and delivers another eloquent, profoundly moving family drama SHOPLIFTERS. Premiering in competition, I suspect its name might be called by Cate Blanchett come Saturday night and consider it a legitimate early contender for the Best Foreign Language Film Oscar.

Set in an unnamed metropolis, the film begins as what appears to be a father-son duo sneaks various food articles and supplies out of a supermarket with practiced synchronicity. The middle-aged man Osamu (Lily Franky) and the prepubescent boy Shota (Jyo Kairi) are able to share a laugh and some treats after the successful outing, and lead us back to their cramped home that also houses Osamu’s partner Nobuyo (Sakura Andô), college-aged girl Aki (Mayu Matsuoka) and a grandma figure Hatsue (Kirin Kiki). On their way they first find a five-year-old girl named Yuri (Miyu Sasaki) abandoned by her parents and decide to take her with them for warmth and shelter. Like any other family, this party of six offers each other company, support, even love. Except for the fact that they regularly steal or otherwise swindle others for their own gain, there doesn’t seem to be anything out of the ordinary about them. In the course of the film, however, we would gradually find out the truth about how this in fact unconventional union came to be and must re-think the very idea of family.

The first half of the movie, characterized by a breezy, open-hearted sweetness typical of Koreeda’s work, passes without much surprise. We see how each member of the household spends their days and how the rest of the gang warms up to the somewhat withdrawn Yuri who carries with her a visible history of abuse. The charitable intentions of these petty criminals and their winsome personality compel you to side with them despite some of the morally questionable things they do. As such, the viewer is lulled into letting their guard down in this mostly conflict-free scenario. The brilliance of Koreeda’s writing manifests itself when, one gently devastating revelation after another, it tears open the carefully crafted illusion of a happy-go-lucky family and makes you look at the horrors and heartbreaks hidden beneath. The dramatic impact is nothing if not powerful.

The cast is uniformly good, including the two child actors. Sasaki brings beyond-her-age poise to a part shocked into silence. By the mere depth of her stares, she demands you to consider the adult world and its rules from a different perspective. Kairi’s role later sets a chain of events in motion that would change everything, and his expressive eyes get the complex mix of emotions and realizations of a young person coming to his own just right. The one performance that particularly stands out comes from Andô, who takes the role of an almost-mother figure and runs away with it. In two separate scenes late in the film, both set within the airless confines of authority, she faces up to her own tragic past and comes to certain painful conclusions. The shots themselves are straightforward, but the moments of human truth captured are pure gold. Mighty stuff.

Back in 2013, Japan submitted THE GREAT PASSAGE instead of Koreeda’s LIKE FATHER, LIKE SON for Oscar consideration. But we know that the latter film had fans in Hollywood, since it won the Jury Prize from Steven Spielberg’s jury which also included Ang Lee, Nicole Kidman and Christoph Waltz. SHOPLIFTERS revisits some of the same themes but asks even more poignant questions about what makes a group of people family. It’s accessible, fluently told and packs an unexpected punch. Watch out for this one. 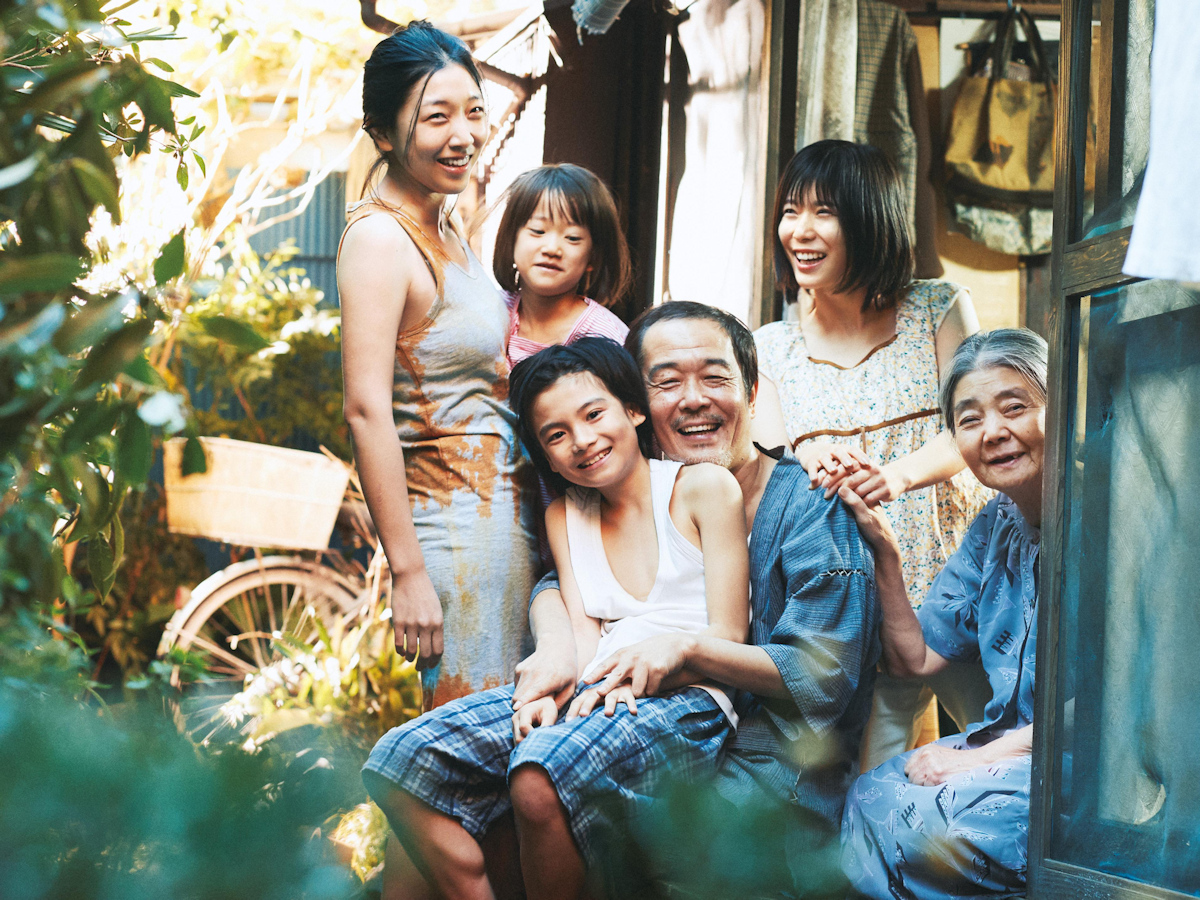 ‘This Is Us’ Moments That Made Us Laugh and Cry