The prominence of Asian cinema at this year’s Cannes Film Festival has proved to be more than just the atypically high number of films represented, but also in terms of quality. Japanese director Hirokazu Koreeda’s shattering family drama SHOPLIFTERS (which we loved) currently leads Screendaily’s jury grid while Chinese director Zhangke Jia’s expansive relationship drama ASH IS PUREST WHITE (which we did not love so much) is close behind with many avid fans. The other Japanese competition entry, ASAKO I & II by Ryūsuke Hamaguchi, feels decidedly slighter in comparison but does go unexpected places in its dreamy depiction of an indecisive girl who falls for two identical-looking guys at two points in her life.

Yesterday saw the premiere of Korean director Chang-dong Lee’s romance/mystery BURNING, which immediately joins the ranks of the hottest Palme d’Or contenders. Loosely based on a short story by Haruki Murakami, it traces the ever-stranger relationship between three characters that leads to explosive consequences. It all starts when wannabe novelist and part-time delivery boy Jong-soo (Ah-in Yoo) meets a girl from his hometown Hae-mi (Jong-seo Jeon) during a job to the department store where she works as (skimpily-clothed) customer greeter. After some reminiscing about their shared childhood outside the city, things end up in the bedroom and further grow into what resembles couplehood where Jong-soo would go feed Hae-mi’s (invisible) cat every week during her trip in Africa. When Hae-mi returns, she brings with her a new acquaintance, the rich, sophisticated Ben (Steven Yeun), who slowly becomes a fixture in any part of Jong-soo’s life that involves Hae-mi. One day, after a visit to Jong-soo’s home in the country by Hae-mi and Ben, the girl disappears.

At two-and-a-half hours, BURNING sure takes its time establishing the three main characters. While some people may find fault with the film’s patient, purposefully unhurried first half, it is in fact a critical part of the equation. Considering many things are left unspoken in the mystery-driven second-half, it’s the solid back stories about the trio and detailed observations of how their interactions changed over time that would build the emotional stakes of the disappearance and eventually inform us of what must have transpired. Lee’s screenplay balances the drama and intrigue beautifully, suggesting fully the dangerous volatility of the heart while never stooping to easy, sensationalistic tricks. By turns microscopically exact and poetically evocative, his direction communicates a clear sense of place and time so that you’re *with* the characters every step of the way. You feel not so much engaged as absorbed into this story of quiet turmoil.

The principal cast is very strong, starting with Yoo as the meek, perceptive Jong-soo. Using mostly the subtlest shifts in facial expressions and a lived-in body language, he compels you to ponder and make up your mind about everything he’s not said. Yeun brings an appropriately relaxed, impenetrable ambivalence to a part that spells bad news from the get-go without ever showing outward aggression. And Jong shines as the passionate, strong-willed, unknowable girl who would strip and do an impromptu dance against the setting sun one minute, only to completely shut herself down the next. Her presence lights up the screen and her absence commands your attention even more.

While not being an issue-driven film, BURNING is simply a brilliantly written, directed, acted, shot and scored piece of work which has that special something to it. If the jury is not bent on making any ostensible statement with their choices, we may be looking at our latest Palme d’Or winner here.

Another festival highlight hailing from Asia comes courtesy of Chinese director Gan Bi, whose sophomore feature LONG DAY’S JOURNEY INTO THE NIGHT wowed the house at its premiere in the Un Certain Regard section and could well become the arthouse sensation of the year.

The lure of this highly experimental, in every sense mesmerizing romance starts with the pre-film-instruction: “This is not a 3D film, but please join the protagonist in putting the 3D glasses on when he does”. A formal stunt no doubt, but what a brilliant idea to put the interactive appeal of three dimensional film experiences to literal and narrative use. When that moment arrives around the halfway point, the amusement and the anticipation of stepping into another dimension with the on-screen hero are just delicious.

As suggested, the 2-hour plus movie can be roughly divided into two parts, distinguished not only by the added dimension, but also the narrative/visual style. The first part is highly fragmented, composed of isolated scenes edited out of chronological or logical order. You get the gist of what’s happening as you accompany Luo Hongwu (Jue Huang), a middle-aged man who returns to his rural hometown of Kaili after twelve years, on his journey to locate clues about a mysterious woman he’s loved and has never been able to let go. Many character names pop up from different time periods, some in flashbacks and others in fantasy sequences. So it’s very hard (even for native speakers) to piece together the actual chain of events described. The sense of floating inside a dream or bits of random memories intensifies in the second half, which is in its entirety one extended, hugely ambitious shot. Here Luo continues his search for the one who got away and runs into a karaoke performer who looks just like her (Wei Tang). Together they would spend a night trying to figure out everything from magical houses revived by ancient spells to what it means to forget or regret.

LONG DAY’S JOURNEY INTO THE NIGHT is definitely not suited for the mainstream audience or even anyone who needs coherence in their stories. However, with an audacious structure and the atmosphere, texture and vocabulary of dreams, it captures the workings of the subconscious like few others. When you see so many films at a festival, it’s rare to be stunned by something truly unique. And Bi, in that he so thoroughly envisions and realizes a world hovering just over the edge of reality, stunned. 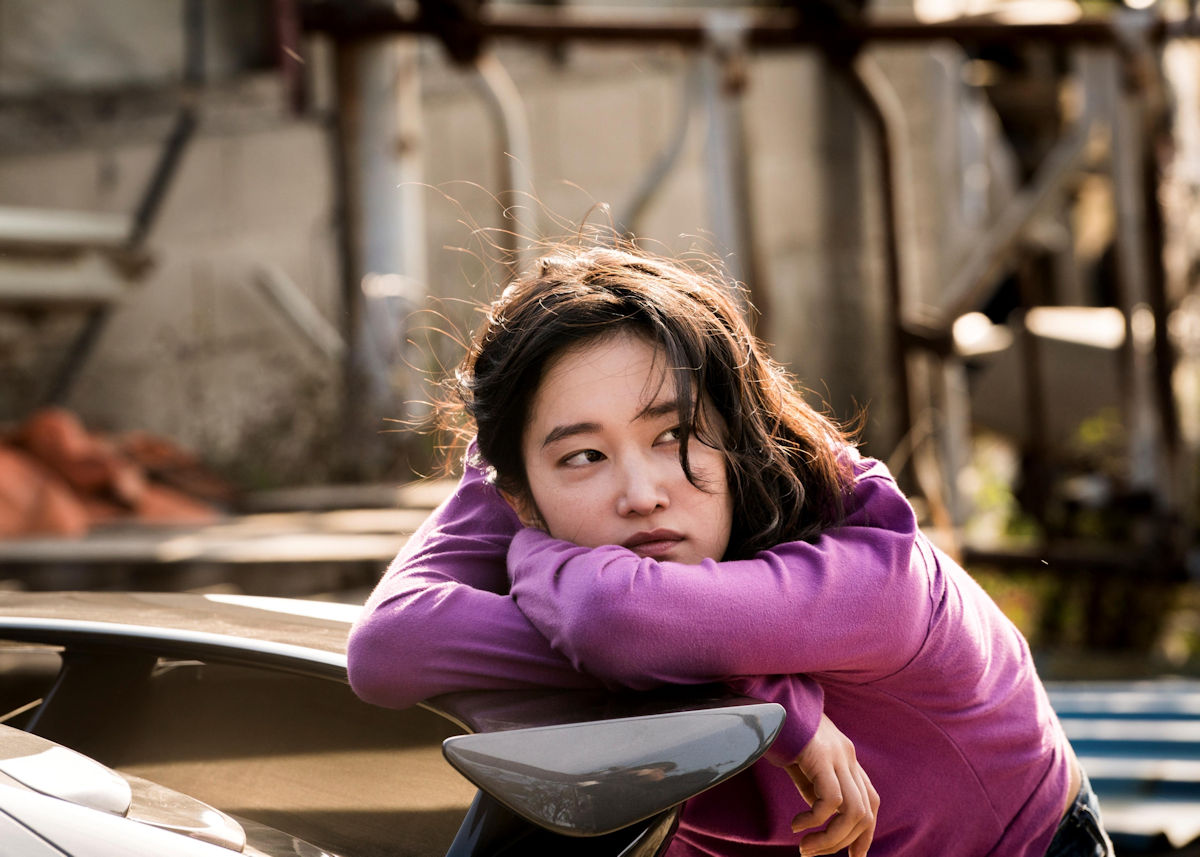