The 71st Cannes Film Festival came to a close earlier with the announcement of the competition winners. Overall the jury led by Cate Blanchett went for surprisingly audience-friendly titles that could lead to significant Oscar overlap (more on that in the individual categories below) and thankfully did not make any manifestly bad choices (à la Berlinale this year) – with the curious exception of completely shutting out Korean director Chang-dong Lee’s BURNING.

On the top of my personal list of favorites, BURNING is a dazzling achievement in writing, directing, acting and just about every other respect of filmmaking. It also broke the all-time record for the highest jury grid score of Screendaily. Incidentally, the previous record holder, TONI ERDMANN, also got no love from the competition jury chaired by (fellow Aussie) George Miller. It just goes to show that, while being in Cannes is like being inside a bubble within a bubble, the critics and journalists all but create yet another layer of insulation, their voices and “consensus” have next to no impact on the outcome of the race.

All things considered I didn’t do too badly with my predictions. Here’s an overview with some concluding remarks:

I loved SHOPLIFTERS. It’s wonderfully made and says something about us humans that’s incredibly insightful and true. It’s the only film this year that made me cry. In terms of Palme d’Or winners, this ranks among the more accessible/mainstream and less challenging/arthouse ones, meaning its audience appeal would propel it to even greater renown. I already predicted it to be an early Oscar contender in my original review. Now with the Palme d’Or, this would seem like an inevitability. As for crowning the second ever female-directed film the Palme d’Or winner, well it’ll just have to wait a little bit longer.

I did not predict this because until today this is not a thing. But I guess creating a new category for Godard’s philosophical, radically experimental work is appropriate enough. When I was watching THE IMAGE BOOK, I kept thinking: how is it that a Netflix production can’t be a film (eligible for Cannes competition) but this can be called a film? While the intelligence and profound aesthetic sense involved in the making of THE IMAGE BOOK are clear to see, to me it belongs in a museum rather than a movie theater. Let the debate begin!

Wow I underestimated Spike. I liked the movie for sure, but its comedic tone makes it even less of a likely festival darling than SHOPLIFTERS. Again, I suspect this is a film that would benefit from popular support. If audiences respond to it when it opens stateside in August, Focus can probably start preparing their Oscar campaign.

Essentially the third place prize, this feels about right. Once again, this is much more of a film made for audiences than for festival juries. It received by all accounts the heartiest ovation of this festival and when you see it, you’ll get it. The unexpected embrace of mainstream-leaning films with across-the-board appeal by the jury also means that we have yet another legitimate, more than deserving Oscar contender in our hands.

Slightly disappointed Zain Alrafeea did not win this for CAPERNAUM presumably due to some arbitrary festival rules. Trust me, that kid is going to break you. In a year otherwise rather short on outstanding male lead performances, Fonte’s win is something I can live with – and correctly predicted. As sinister and perversely watchable as DOGMAN is, however, I don’t think it’s among Matteo Garrone’s best work.

My crazy hunch paid off! AYKA is the sophomore feature of a Kazakstan filmmaker that was added to the official selection later on and screened at the very end of the festival. The production is modest and the filmmaking austere but in turn it offers a striking showcase for the central female performance, which Yeslyamova pulled off admirably. A worthy win if not for Joanna Kulig in COLD WAR, which brings us to…

Besides the general shock that BURNING was shut out, this gets no complaints from me seeing that Pawlikowski has directed one of the festival’s best films, plain and simple. The IDA-helmer must also be considered to officially be in the race for his second straight Best Foreign Language Film Oscar with this ravishing romance. Best cinematography also likely.

Somewhat puzzling picks here. As much as I loved LAZZARO, for me its magic comes above all from Rohrwacher’s lyrical, expressive, thoroughly mesmerizing direction, which says so much without words. As for THREE FACES, I’m a big fan of writer/director Jafar Panahi but do not find this to be among his lesser work.

Over at the sidebar Un Certain Regard, the jury led by Benicio Del Toro also chose their winners. Two of my favorites of the fest made the list: the shocking and shockingly original horror parable BORDER was awarded the top prize, a bold, brilliant choice I’d gladly stand behind. And Victor Polster won Best Performance (appropriately gender-free) for his sensational turn in Lukas Dhont’s transgender drama GIRL, which also won the Camera d’Or for best first feature and the Queer Palme. It’s an important and absolutely lovely film that can also sneak into the Oscar race.

Finally, it’s been a great festival for me, down to that familiar, torturously delicious out-of-body experience of watching four films a day on four hours of sleep. There’s just nothing else like it. Thanks to the AD team for their support and to everyone who has bothered to read my baguette-fueled ramblings. 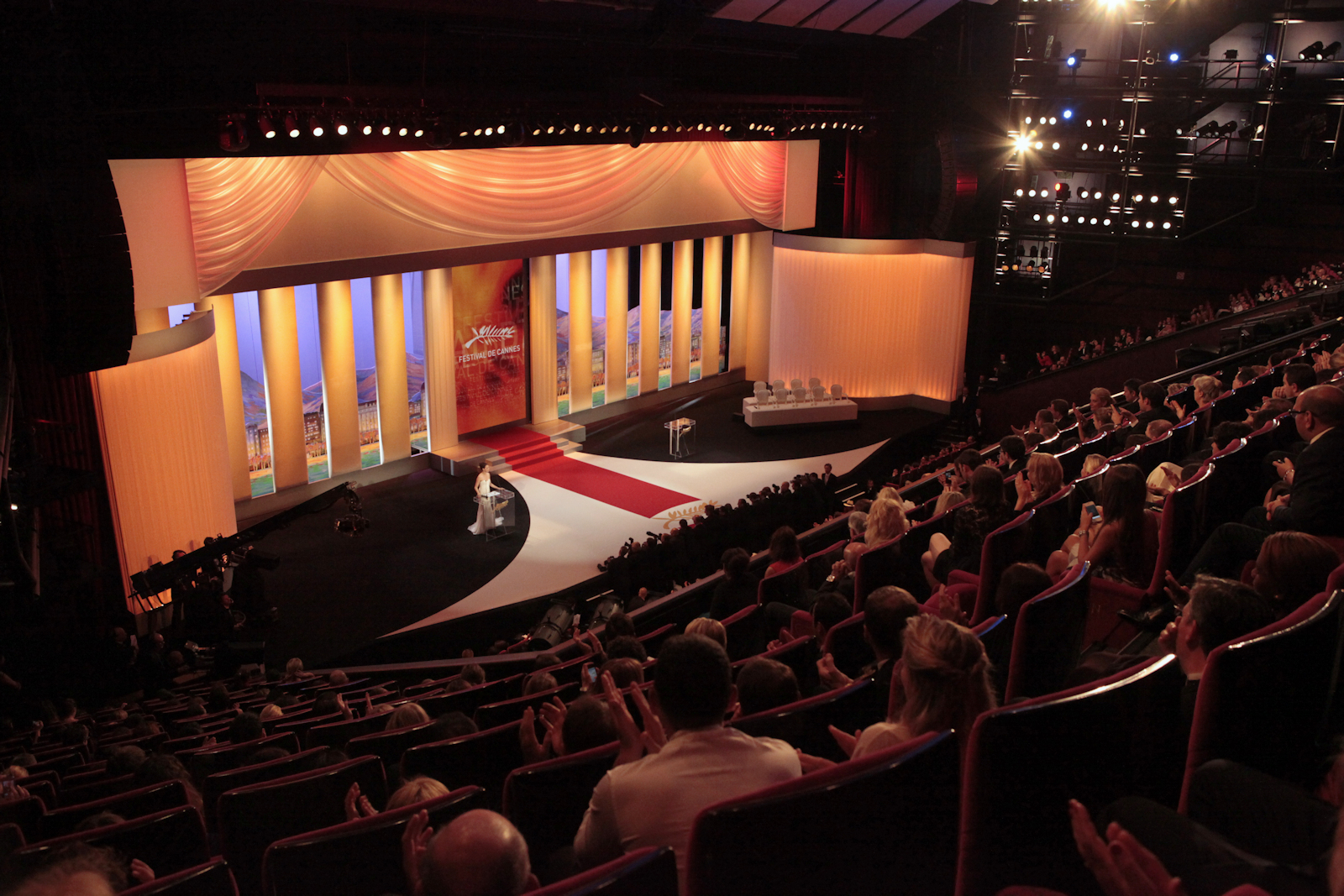 ‘Killing Eve’ Is Better Than Oxygen