Bo Welch On Designing The “Grotesquery” Look of Unfortunate Events.

by Jazz Tangcay
in ADTV, Interviews
3

Bo Welch takes us behind building the grotesque world of  A Series of Unfortunate Events.

Bo Welch is no stranger to creating odd worlds, he’s a longtime collaborator with director Barry Sonnenfeld. He’s worked on Thor, Edward Scissorhands, Men In Black, Wild Wild West and now, A Series of Unfortunate Events. His inspirations for the wild, run down looks come from Eastern Europe he jokes in our chat, but his sets transport us to the world of Lemony Snickets. Read our chat below as Welch takes us through the visual beauty of his work.

What a world to live in. What was that initial conversation with Barry about creating the world of Unfortunate Events?

I do live in it and I lived in it for two years and it’s a very fun world to live in. It began with a phone call from Barry and you know we’ve worked together on many occasions together. He called me and he actually called me when he was going to direct the feature film version of A Series Of Unfortunate Events but I was doing something else. As it turns out, he didn’t end up making the film. When it came back full circle and he had the opportunity to do it for Netflix, he called me with an incredible amount of joy because it had come back to him and landed in his lap. He could do it properly and film the thirteen books over 25 episodes so you have a chance to get into the A and B stories and all the characters you accumulate over the course of the series.

That’s where it started, with this enthusiastic phone call. I had never done Netflix or TV and I was slightly skeptical but his enthusiasm is infectious. I knew together we could do something fun and special and something that was close to our sensibilities and our tone.

I was setting up the art department in Vancouver and had a month to six weeks to generate the design for the first four books. I fast and furiously started drawing and designing. At the same time, Barry and I were having conversations trying to hone in on the particulars of our aesthetic. Through drawings and concept art we arrived at a lovely collection of 15 or so pieces of concept art that I had commissioned based on my rough designs. Then we took it to Netflix, they loved it and secretly thought to themselves that we’d never get it done.

They loved it, looked at it and thought we were insane. It’s very particular and designy, especially with the timeframe and budget. First and foremost, I re-read the books and started drawing, picking references and started smashing it together.

Let’s talk about some of the wild sets you created. Let’s start with the Austere Academy:

I design all these environments and they really are, to me, a series of unfortunate settings for these lovely hopefully children to inhabit, surrounded by buffoons and ridiculous evil grown-ups. I actually went to a private boarding school and it was beautiful. It was the old-time kind with stone, brick, and ivy. I wanted to do a traditional school like that but then knock it down, run it down to the degree that you have the sense that it once had its heyday and it was almost like a prison than a school. The key to it was that the orphans were housed in a tin shack. That to me generated the idea of quadrangles so that you could put a small beat up tin shack in the center of a quadrangle. You’re right in the center so that conceptually everyone is looking at you all the time to enhance the embarrassment and hideousness of the situation. It was a series of quadrangles that led from one quad to the other and finally to the rundown athletic field. The dorms looked like giant headstones and it was a pretty extreme allusion to a graveyard anchored by a rundown school and within it lived the kids in a hideous tin shack infested with crabs and mold.

We designed it book at a time. Barry felt he should do the season kick off and was spending time in this hideous school. I directed one block per season and he didn’t like Ersatz Elevator when he read it and said I could do it. Design-wise, it’s all clean and beautiful and stylish. I never heard the end of it. He had to live in Austere Academy in all of its hideous and rundown state, and I got to live in the penthouse apartment and in Ersatz Elevator.

Describe the look of the carnival and that concept.

I can’t think of a production designer working today who if offered the chance to design a horrible, rundown carnival/circus with all of the tents and wagons and all of the grotesquery, wouldn’t leap at the opportunity because it’s so much fun at an aesthetic level. Clowns and circuses are creepy to begin with. When you put in the backstory and it’s rundown and abandoned but it still operates and you add the layers of narrative on top, it’s pure heavenly. I can’t get enough of it. It was fun to execute. You can reference a lot of old carnivals. I looked at a lot of rundown Eastern European architecture.

Actually, throughout season two, I would say it had a pretty heavy abandoned Eastern European aesthetic through the whole thing. 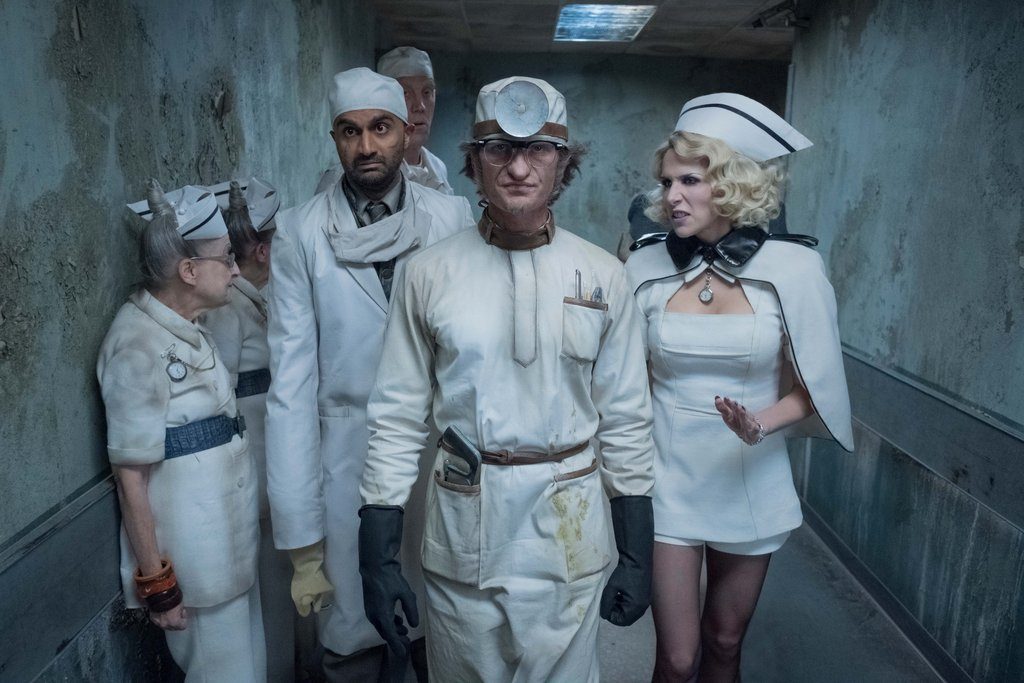 Again, let’s go back to the abandoned Eastern European something that usually ends in -Stan and you look at their rundown once heroic architecture and you wonder what the hell planet are we on. That inspired me for Hostile Hosptial which was half complete and half under construction. It was abandoned and horrible but still being operated by grownups.

I loved looking at that world.

I love it too. I look for beauty and a pleasing aesthetic within the most mundane, most banal and try to find beauty. As horrible as those places are, you still get it and think it’s sort of cool. The goal is to experience it cinematically and in person and bathe in it. 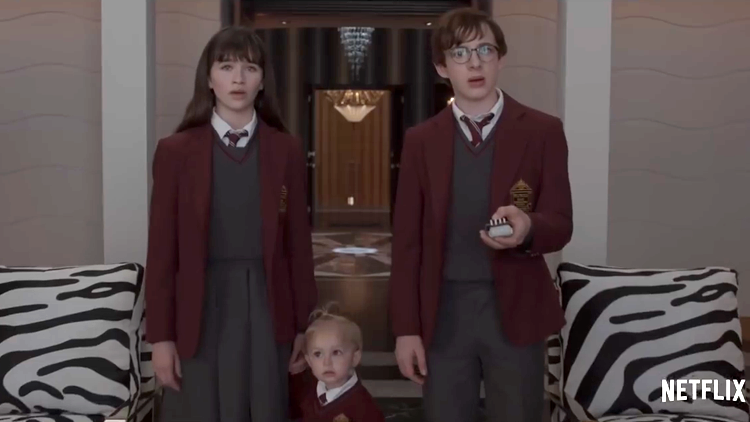 Ross Mathews On 'DragRace:' "It's what I wish existed when I was little and growing up on a farm town and not knowing what a grown up gay person looked like."