by Sasha Stone
in featured
8

It’s Emmy voting time. It is probably more competitive today than it’s ever been, as the small screen has exploded with a Big Bang of great stuff. More competition means more advertising and more inventive ways to potentially reach voters. Mindhunter is arguably the best drama on television yet according to Gold Derby, at least right now, it doesn’t appear to be a player. Admittedly, I’m not the most involved television watcher. Most of the shows Gold Derby has up for noms are things I’ve never seen nor have any interest in seeing. As with movies, you can count the good ones on one hand. It just depends on your jam. And my jam is far and away the dark, murky world of Mindhunter.

Still, you have to have a sense of humor to get their FYC pack – and you have to know/love the show. If you do, you’ll get a kick out of what they’re sending out:

You open the box and in it is a shoe box and inside a shiny pair of heels. But also a DVD pack of the show with inserts of each potential nominee, all cinema level quality of the kind rarely seen in this kind of movie advertising. This is shit you save, you know what I’m saying? Mindhunter is about that unique point in our history when the FBI began profiling serial killers. The late 1960s through 1970s, serial killers suddenly started cropping up everywhere – Ted Bundy, the Hillside Stranglers, John Wayne Gary, the BTK, Golden State Killer, etc. It’s still sort of unclear why this era birthed so many of them. They did not appear to be seeking fame – at least not yet, and not like the rash of school we’ve seen in the wake of Columbine. The post-Vietnam era – of civil rights, the women’s liberation movement, Nixon…what was going on then that would have created these men?

We go through the internet world of the FBI agents tasked with delving into those sick minds. One of them, the lead – Jonathan Groff – gets too close by the end and it threatens to take him under. Where do the shoes come in? Well, Jerry Brudos (played by the brilliant Happy Anderson) has a shoe fetish – among other things. In order to get info out of him, the agents bring him a pair of shoes. But that’s only half the story because it is also a foreshadowing of how the dark world is seeping into Groff’s psyche. At first, his ordering an egg salad sandwich because Ed Kemper (the great Cameron Britton) recommends one while they’re meeting seems kind of harmless. But when his girlfriend wears high heels during sex it disturbs him to the point where he can’t continue. And finally, by the end, when he’s seeking solace and comfort from Kemper, who could really kill him at any time, he realizes that full immersion could be a matter of life and death.

So if you’re lucky enough to get your hands on one of these FYC packs, they’re pretty cool. 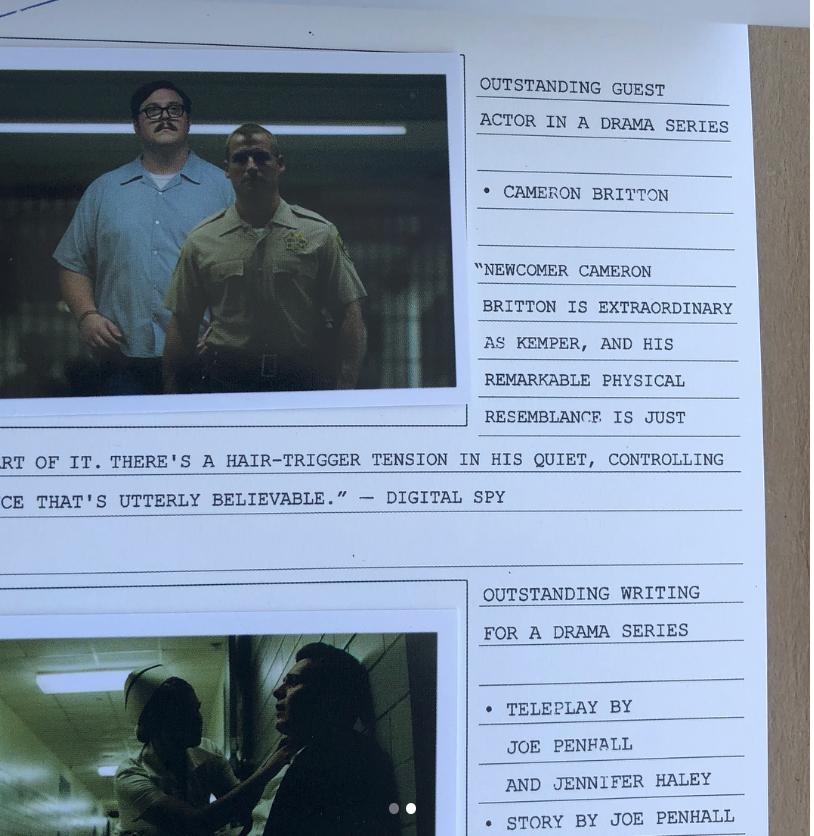 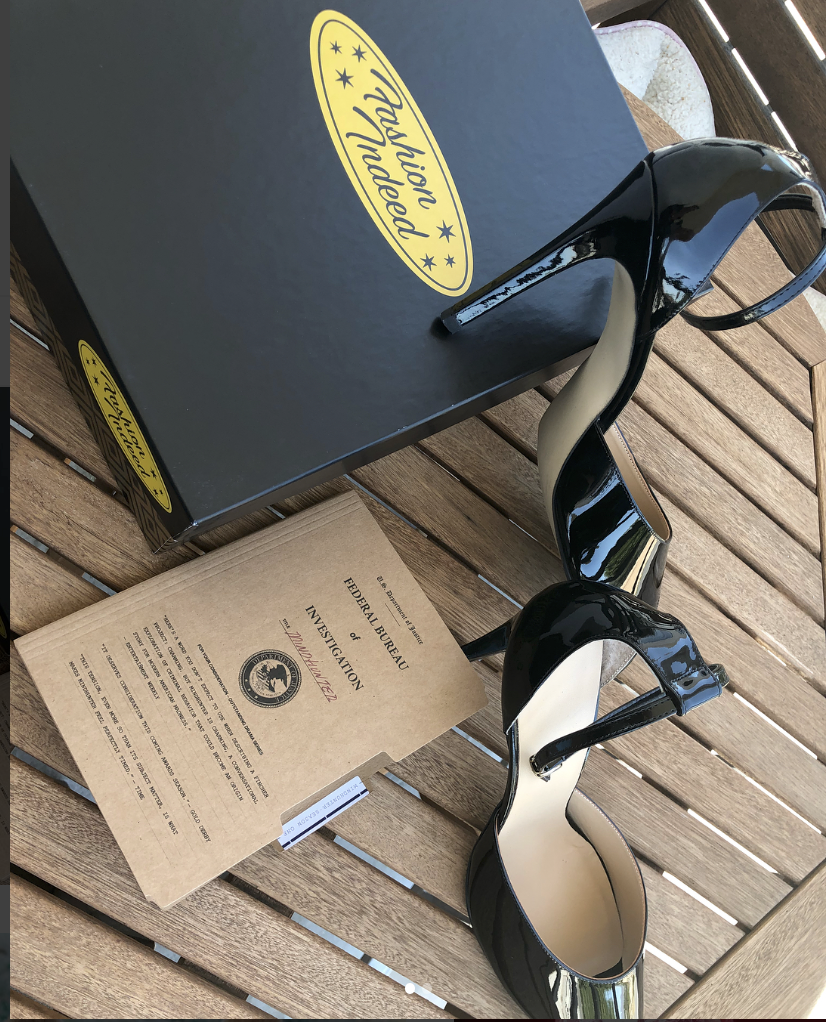 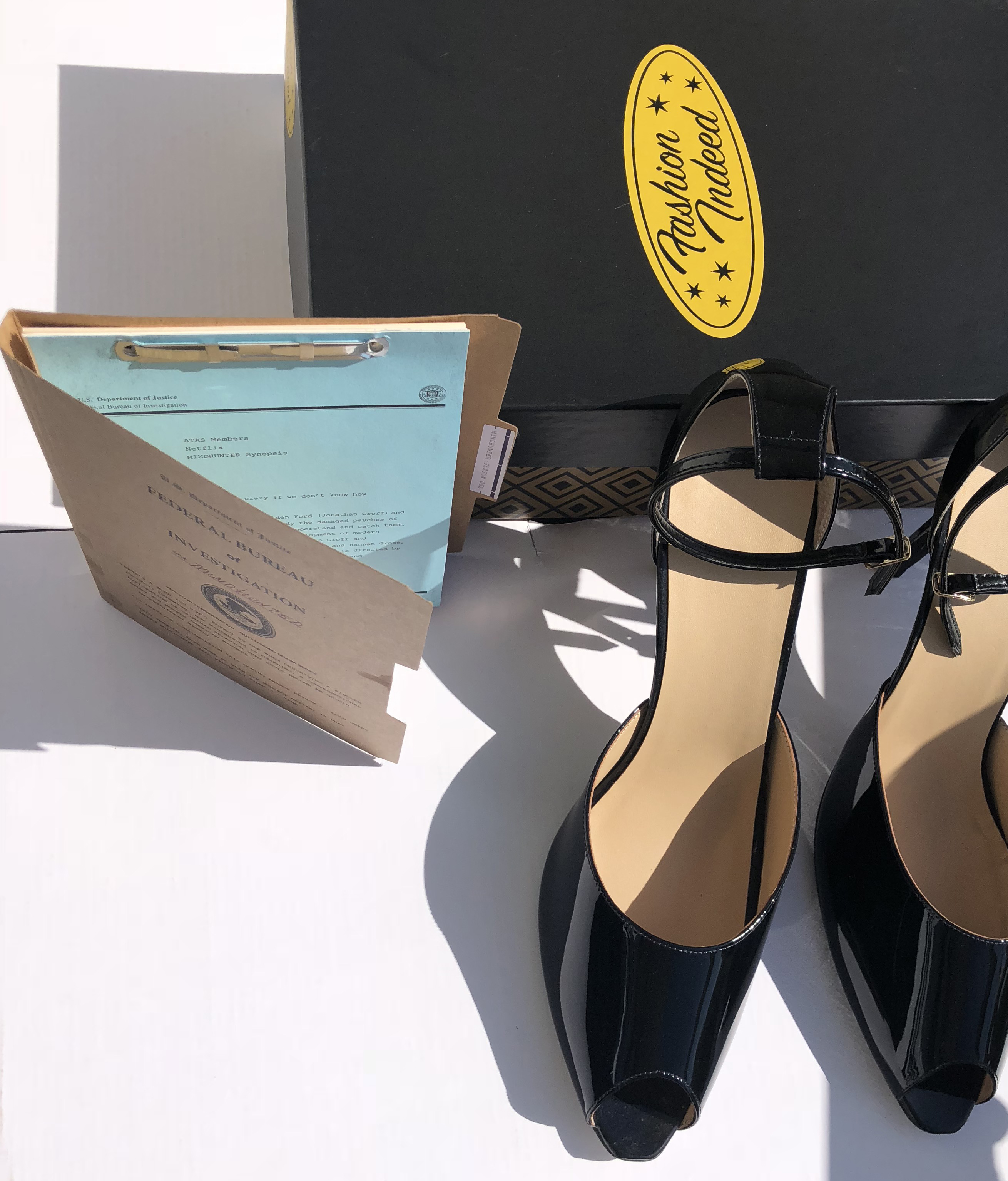