Director Lesli Linka Glatter has just arrived in Italy for her vacation, but she still makes time to have our annual catch up on Homeland. This season, the show dealt with Russian meddling, the President is facing an investigation from congress and fake news is still a thing. We’re still talking about Homeland!

This season, Linka Glatter directed four of the twelve episodes in what was one of the best seasons of the entire series. Each year, the show continues to find new locations, but deliver thrilling, heart-pounding excitement and remains one of the best shows on TV. We talked about the editing of that car chase in the season finale, and how they switched their camera technique for the season to create a new energy to the pace of the show. We also talked about Carrie’s mental illness, if you haven’t seen this season, this season examines not just her mental illness, but also her parenting skills, something we have never seen on TV because discussing bad parenting is taboo. Read our chat below, watch Homeland and consider Lesli Linka Glatter and Homeland in your Emmy voting.

Last year, we were talking about real and fake news. What a difference a year makes! How would you describe this year of Homeland?

This season we are in a world that is as divided and off-balanced as we’ve ever seen it and no one is listening to other opinions. Everyone is entrenched in their own belief system. Sound familiar?

One of the things we did stylistically with the show is that people say Homeland makes people watching very nervous. Last season, within each scene, we would change the mode of the camera. Let’s say one scene would be handheld, the next would be Steadicam and the next would be on the dolly. This year, we changed it up within the scene and it keeps you feeling very off balance. Nothing is obvious, it’s all very subtextual, but it makes you feel anxious. I hate to say I’m glad, but that’s the point.

I love that you brought that up because I was going talk about the car chase in the final episode. If they did a heart rate study, it would be high.

Again, so much of this season is about Soviet active measures. America is so divided. If there’s not fertile soil to plant the seed, it won’t grow and we’re talking about the story of Homeland and within that, it has very fertile ground. That’s exactly what’s happening. We have a Russian asset that has been infiltrating the government. I know you laugh…

What’s happening in that final sequence, we have Saul rushing to the airport with Simone Martin who is the Russian intelligence officer. She is dressed as Carrie and he has to get her out of the country, back to the country to testify. To allow time for that to happen, Carrie and Anson are on the way to the American embassy and it is literally in sight, but they literally can’t get there.

She needs to give Saul as much time as possible so he can get on that plane and be in the air. We’re intercutting between Carrie on the run, we’re on the streets, through the train station. The intercutting that you see between all the scenes that we’re seeing creates a lot of energy, plus the shooting was very visceral. The camera was on a rickshaw, on a Steadicam. You feel the energy of Carrie moving through the streets.

The other thing is, we were shooting in Bucharest and we were filling the station with Russian soldiers and people were freaking out. The Hungarians thought the Russians had come back.

What a terrifying thought. 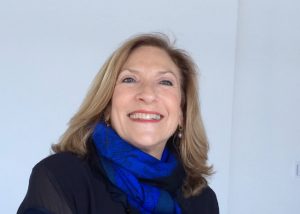 I have to credit you with the way Carrie’s mental illness is portrayed in the show. So many shows try but fail where Homeland succeeds with this.

Claire Danes who is nothing like Carrie and is the most wonderful person. She is an actor’s actor who does a huge amount of research. We all do a huge amount of research and we try to get it right. She talks to a lot of healthcare professionals and specialists in this area, so when you’re dealing with a mental illness, you want to be portraying it as accurately as one can.

I’ve certainly been on the street with her when people have come up and said, “Thank you so much for portraying this in a real way.” Carrie has been medicated and to find out that your medicine has stopped working. There is a recent book called Manic which is about just that. It’s about a woman who finally got on lithium, was starting to have a full life and the lithium stopped working after ten years and that’s just horrifying.

The other thing I thought that was really interesting that we dealt with this year, was the idea of Carrie not being a perfect mom. That subject is so not talked about in our culture. You’re supposed to be a great mom and that’s supposed to be inherent. The fact she realized that she is not and that probably the best thing for her child is to live with her sister and she will come and be there, but she is not the one to be a fulltime mom and she’s not really good at it.

That subject matter is one you’re not supposed to be, or talk about or feel. Carrie is so rich, layered and complicated. She is not one layer of one thing and I love that about her. I love that we are allowed to portray that.

I love that you brought that up so thank you for bringing that up. Ok, so let’s go back to the intelligence side. You have your annual meeting in Washington D.C with the C.I.A, how do you balance what you get from those meetings and developing that into the show?

The writers will have that meeting with the intelligence committee and every year it’s overwhelming because Alex Gansa always starts with the question, “What keeps you up at night?” So, all of us hear what their biggest fears are and that is truly terrifying. He’s asking them what keeps them up at night and therefore we are all up at night worried about all of that.

The writers will then go into the writer’s room and they do a great job of leaving in the political material character stories and that’s what I love about Homeland. You have this mix of global politics and great character.

How do you always manage to keep the show so fresh aside from the different locations that you shoot in?

A classic Homeland scenario is when you have two people with completely opposing views, but we don’t make a statement about which side is right or wrong. There is no right or wrong, we just have different shades of grey.

For me, it makes it very challenging and exciting.

What have you learned about yourself and directing from season one to season seven?

The thing I’ve learned is that every time I start a new season or a new episode, I’m always terrified. You’re always putting yourself on the line. You’re trying new and different things. I know the characters well, but you always want to push the envelope, you never want to stay in your comfort zone. I love that we are in a team sport and you’re only as good as your team and that we keep changing.

I think directing remains challenging because of all of that, you’re always starting anew no matter how many times you’ve done it. You’ve been up to bat but I still get anxious and excited everytime I start over again. But, once I get into the story, I feel safe again.

This year, with President Keane’s resignation speech, one only hopes that we will have politicians that rise to being statesmen that do something for the greater good. When Elizabeth was doing that scene it was so powerful.

I agree, but for all of those reasons, it was a fantastic season.

Interview: Erin Hirsh On Dressing Blake Shelton And Creating The Look of NBC's 'The Voice'