by Jazz Tangcay
in ADTV, EMMYS
2

“I’m not trashy, unless I drink too much.”
“This woman is not a grenade, she’s an atomic bomb.”
“Pretty serious situation right now.”
“No one touches my clams. I’ll cut your fingers off.”

With quotes like that, Jersey Shore remains one of the most popular reality shows we’ve seen! Long before the Kardashians or Real Housewives, there was the Snooki, the Sit, J-Woww and Pauly D. When Jersey Shore: Family Vacation returned to our screens, we embraced our favorite Guidos with open arms. For many, this show has remained a guilty pleasure and it’s always a delight to see what the Jersey Shore crew has been up to. It is, like a family reunion hearing about the adventures, and in this case, watching their family vacation. But, for the first time in its history, it’s time, Television Academy, to take a moment to consider Jersey Shore: Family Vacation for some Emmy gold.

It all begins with Casting. So, we caught up with casting director Doron Ofir as he and the cast hit LA to visit their FYC Billboard. Ofir is responsible for scouting New York nightclubs and bringing together one of the most beloved ensembles to our screens. When Jersey Shore: Family Vacation premiered, the show was MTV’s highest-rated series premiere in history on Live +3. Here’s what Ofir had to say. 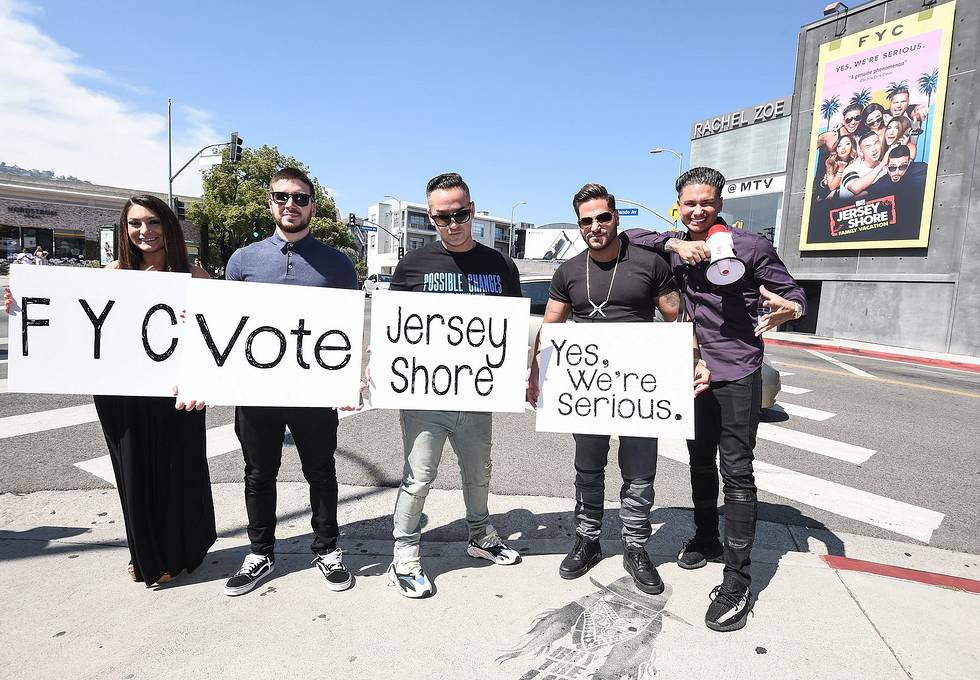 Casting, especially in reality is a specific genre. When you cast for scripted television or linear programming, you have a bible to work from. You have a script and you’re trying to fit in characterizations for people to portray them.

When you’re working with reality, the thing is, there is no script. You have something based on an idea. I’ve been successful in identifying personalities that can carry long-term project or shows that can transcend whatever the idea is.

I grew up in Manhattan and on Long Island in the 80’s. I was very familiar with what was considered Guido culture. We all grew up in it and it was two-degrees separated from what I grew up with. I drove a Cadillac Cimarron with a bumper sticker that said, “Guidettes have the power.” Freestyle music was king and that was the world. I wore a turtleneck with a gold chain and was familiar with that world.

The connection between the tri-state area and the idea of Jersey Shore is really a North-East phenomenon that is centered in Jersey but is a state of mind.

House was prevalent in New York. DJ Boris and Jonathan Peters were big DJ’s and their nights were filled with fist-pumping. I’d go, scan the crowd and pick them one at a time and invite them for auditions and hope we didn’t get slapped. It was a great experience in grassroots casting.

There’s a secret sauce involved. What sets this cast aside from all others is personality. One by one, as we started to assemble the group of people who could be the cast, we found a common denominator and that common denominator was the idea of self-expression.

We’re also going back to a time before social media. We found people who were self-aware without censoring themselves. They were unapologetically organic. We live in a time now that because of social media, you have to self-describe yourself all the time and we modify ourselves because of outside perception. They’re creating bios and showing the best of their lives.

This all happened before that and they were doing it organically.

Each person came with something unique and special. We interviewed hundreds of people.

Snooki is half-Italian. She came in and she self-represented what it was like to be a Guido in that moment of time better than anyone else. Her first line in her interview was, “I want to go to the Jersey Shore. I want to have Guido babies.” That is exactly what happened. She met her man on the Jersey Shore, they are married and they have two beautiful kids.

Talk about authentic and organic. We didn’t do a dating show. It all happened organically. Whether the camera was on them or off, they were the same person. There was no pretense and that’s what I think is really endearing about this cast.

Jenni came in and said, “I’m known as J-Woww” She at the time was a car model and would go to these convention centers. She was a cocktail waitress and wanted to be designer. Her aesthetic was prostitute chic. She would admit to shopping at stripper stores. Jenni was like a female drag queen who created a hypersexuality of herself and lived that version. When she took the eyelashes off, she was Jenni from the block and that’s an extraordinary aspect of her as a personality type. She was hard-edged and the fighter of the group.

With Mike. His whole thing was, “When you see this coming, this is the situation.” or “When I’m feeling your girl, this is The Situation.” He embodied that completely.

On Establishing The American Dream

These were strangers. They had no historical connection to each other in any way other than the fact that they were cloth from the same cloth. They shared a love for the same music. Their food was a connecting far and the Italian-American connection in the North-East has remained.

I think it’s an important cultural lesson. For all of the laughter and trainwreck of it all, every single one of them has succeeded. They have established the idea of the true American dream. Most of them came from nothing so to build what they have built independently and because of sheer charisma, it’s extraordinary.

They were not considered pinups and suddenly they were. 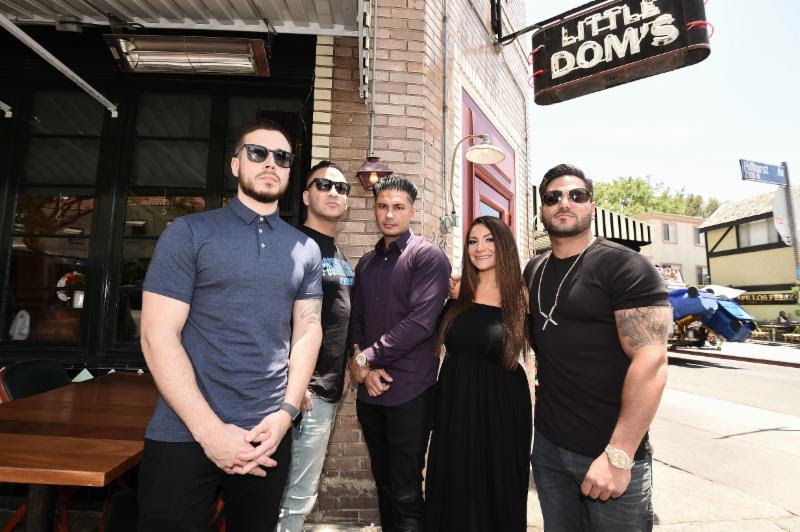 Jersey Shore allowed the world to embrace individuality and uniqueness in a way that had not been seen before and now we have sub-cultural programming. That’s really important because we can be a melting pot. We can share values and we can maintain heritage. You can maintain the pride. There’s a lot of talk about cultural appropriation and this show sticks its middle finger up to that, it says, everyone should take the best aspects of cultural appropriation. Could that be a better message right now? Other than Roseanne, there hasn’t been a revival of this magnitude to hit TV and that’s a testament to the cast. Will & Grace was a cast people wanted to see that cast again, and this was a cast people wanted to see again.