Ryan Murphy moderated the Q&A panel featuring the Emmy nominated ensemble including Darren Criss, Finn Wittrock, and Edgar Ramirez as well as a couple of surprise Skype visits from Judith Light and Ricky Martin. Ryan Murphy and the ensemble were joined by executive producers Alexis Martin Woodall and Brad Simpson as well as executive producer/writer Tom Rob Smith. The cast and creative team Spike with Ryan Murphy on a range of topics from the unusual structure to the story to bringing an equal weight to all of the victim’s stories to just how prevalent the themes of the story are 20 years later.

When American Crime Story first premiered in 2016 with a season focused on OJ Simpson the series became an instant sensation pulling in millions of viewers and winning nine Emmys. Immediately following the success of the first season Ryan Murphy knew he wanted to take the second season in a vastly different direction and that the story of Andrew Cunanan was the story to tell. “At it’s very best American Crime Story tackles social issues and is about so much more than a simple crime.” The themes at the core of the Andrew Cunanan/Gianni Versace story including internalized and institutional homophobia had haunted Murphy since he first learned of the story in the 90s and they had stuck with him ever since.

Executive Producer Alexis Martin Woodall touched on what initially inspired the creative team heading into the second season and what type of story they were hoping to tell with The Assassination of Gianni Versace. “Versace was a more personal story, especially to Ryan. With Versace, we moved to a massive crime in America that hardly anyone knew about, a crime that is more specific and less universal. Our goal was to show just how universal the story actually is by discussing homophobia (similar to what we did with racism) and this exclusion of other.”

The rest of the producing team, including executive producer Brad Simpson, wasn’t as familiar with the full story of Andrew Cunanan but were immediately hooked by Ryan Murphy’s enthusiasm for the project. “We didn’t really know the depth of the story. We knew that Cunanan killed Versace and it resulted in a huge media sensation but that was about it. From there we read Maureen Orth’s book Vulgar Favors. It wasn’t just about Versace. It was about a young man, someone I would have been friends with in high school… He was unstable but he wasn’t destined to be a killer. He was a child that grew up in a world of hate and was made to be a killer by society and by his parents.”

Executive Producer and writer Tom Rob Smith was deeply affected by Cunanan’s inner struggles and used it as a way for the audience to connect with a young man who was failed by society. “When I was reading about Andrew I almost felt like I was reading about myself growing up and grappling with questions of how to fit in and how to interact with the world.”

In fact, throughout the series, Smith injected these struggles with homophobia into all of the characters to show how they failed an entire community. “Andrew is someone who was broken by homophobia and in the end he was put up against these men who had managed to overcome it to horrifying results.” 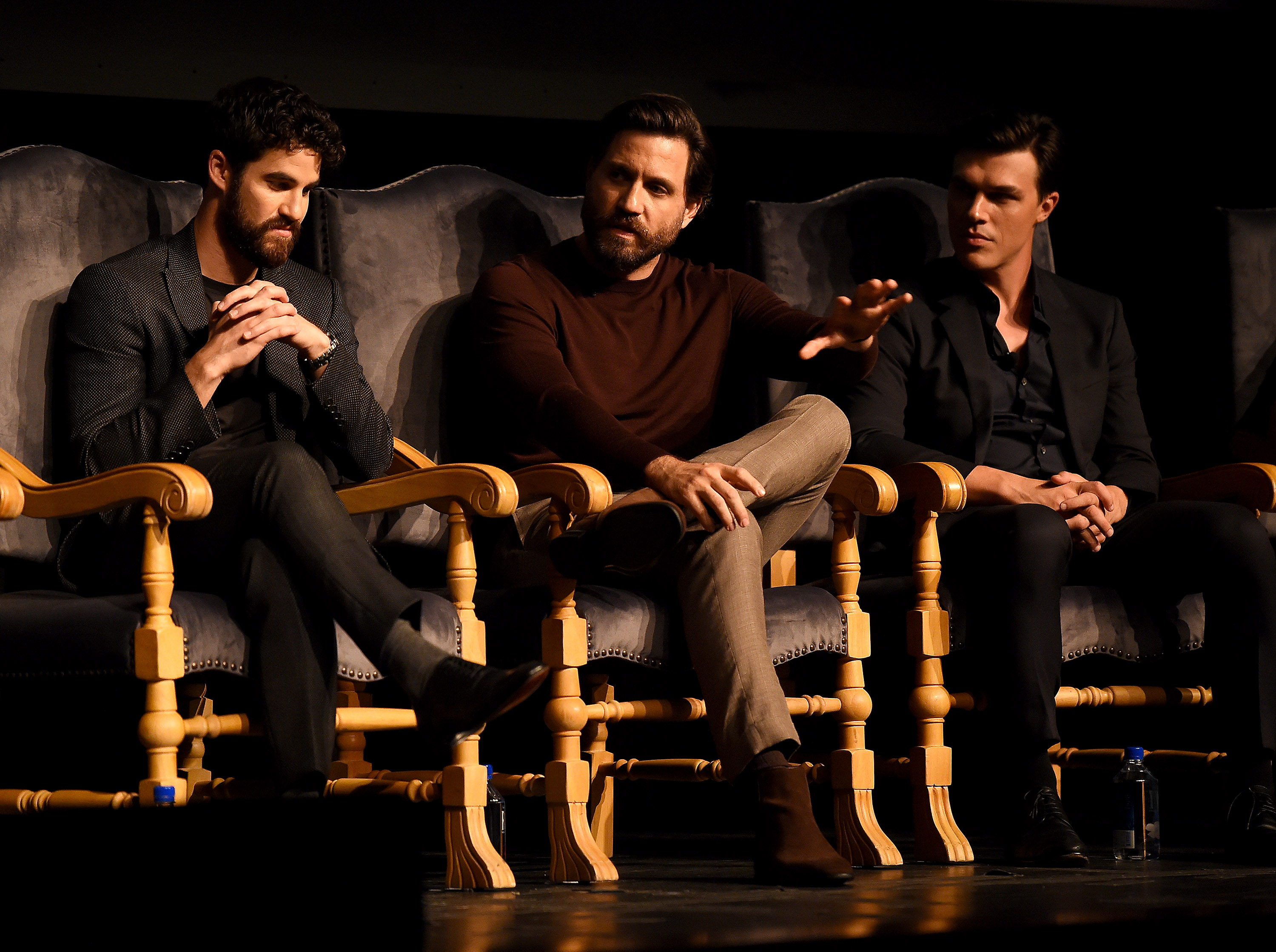 Woodall highlighted how the unusual structure in the story was able to highlight all of these men in a way that showed how they were affected by homophobia and prevented them from becoming a footnote in their own story. “One of the natural aspects of the structure was that the first victims  (Jeff Trail, David Madson, and Lee Miglin) weren’t just stepping stones in a story leading up to the murder of an icon. Instead it emphasized their importance and gave them equal weight. When we completely figured out the structure it all clicked in a way that honored everyone.”

As dark as Andrew Cunanan’s story became Emmy nominee Darren Criss was absolutely fearless about portraying such a troubling and complicated life. As Criss put it himself he “had been working towards this moment my entire life and wanted to approach the role with the same gravitas” he gave to his other roles. In the end that fearlessness really paid off. “I was really pleased when people came up to me to tell me how conflicted they were about Andrew. One of my favorite things about storytelling is twisting the audience’s considerations. That was the mountain to climb with portraying Andrew. I continuously referred back to an early conversation with Ryan that was so important to understanding Andrew and that was about how no one is born a monster.”

The entire ensemble touched on the complexities of the themes that touched them the most throughout the process. Judith Light discusses her impassioned work with fighting HIV/AIDS. Ricky Martin discussed the parallels to his own coming out story. Finn Wittrock discussed the complexities of portraying a character like Jeff Trail who found nothing more important than the ability to serve his country only to be shunned in the era of Don’t Ask Don’t Tell.

Overall Woodall hopes that audiences understand the complexities of the story and the complicated role our entire society helped to play. “No one really cared about a gay man killing other gay men because they didn’t feel like it touched their world. I hope this story reminds everyone that everything we do in humanity touches everybody else. Turning a blind eye to a crime you think doesn’t affect you is the number one way to spread hate. It’s a tragedy to lose an artist and it’s a also tragedy that someone like Andrew was ruined from a very young age.”

TNT Orders Follow-Up to 'The Alienist'