We take The Crown for granted. Yes, it won 3 Emmy Awards last season, and it has been nominated for 13 this year–I admit that it’s not hurting for nominations. As I binged through the sophomore season, however, I was struck by how ornate and detailed everything is. Somehow I had forgotten how rich and beautiful The Crown is in terms of craft. At the center is Claire Foy’s magnificent performance as Queen Elizabeth, and this is the last time the Television Academy can award Foy for this role.

For those who aren’t aware, Peter Morgan’s The Crown will be changing its lead actors every two years for the planned six season run. The great Olivia Colman will replace Foy starting with the third season and Helena Bonham Carter will play her sister, Princess Margaret.

Her Royal Highness has been portrayed by many an actress, but between both seasons of the Netflix drama, we see Foy’s Elizabeth really get comfortable in her role in Buckingham Palace. This second season throws us into the middle of marital drama between Elizabeth and Prince Philip (an understated Matt Smith), so we are immediately invested in the emotional strife of a Royal scandal on the brink of being exposed. There is nothing worse to these Royals than the possibility of hefty negative headlines that could fracture the dignity of the crown.

Foy’s physicality is one of the most impressive things about her performance. Elizabeth shifts her body language depending on who she is speaking with, and what she doesn’t show on her face conveys the complexity of her position both publicly and personally. Watch how she clasps her hands during her meetings with her Prime Ministers and then see how that differs in scenes with her husband or her mother. You might be thinking, “Body language doesn’t deserve an Emmy,” but restraint is something that is never truly rewarded. Imagine how much Elizabeth holds back. Foy’s mind is always churning, and you can see it on her steady, mindful gaze.

That strength is put to the test in the second season, especially in the back half of the episodes this year. We get a hint of Elizabeth’s heartbreak early on when she watches a film of Philip on his royal tour. She recognizes how happy he looks to be trots around the world, and she has never felt further away from him. Her insecurities are explored again in Foy’s submitted episode, “Dear Mrs. Kennedy,” when she finds herself feeling inferior to the fashionable and adored Jackie O.

Even if you don’t agree that she transmits those emotions throughout the season, her performance in the finale alone is worthy of a win. The “mystery man” in the Stephen Ward scandal has everyone whispering, and Princess Margaret insinuates that it might be Philip. She feels especially abandoned since she is about to give birth to her fourth child, and Harold MacMillan’s resignation doesn’t help matters (on a side note, Foy’s delivery of the “confederacy of elected quitters” speech is incredible). When she finally gets to confront Philip on his alleged infidelity, we see an Elizabeth unlike anything Foy has presented to us. She’s heartbroken and attempting to be strong. The scene is full of so much heavy silence, and the charge between her and Smith is new territory. This an Elizabeth with her guard down, alone, and flailing to gain control of something, anything, in the country she rules.

Do not mistake this Elizabeth’s politeness as weakness. Foy is strong, succinct, and vulnerable this season. Even though Foy has won a Golden Globe and Screen Actors Guild Award for her performance, an Emmy would be a worthy addition. It would be a mistake to not reward this restrained and accomplished embodiment of one of the world’s most familiar faces. Foy re-introduces her to us.

The Crown is streaming now on Netflix. 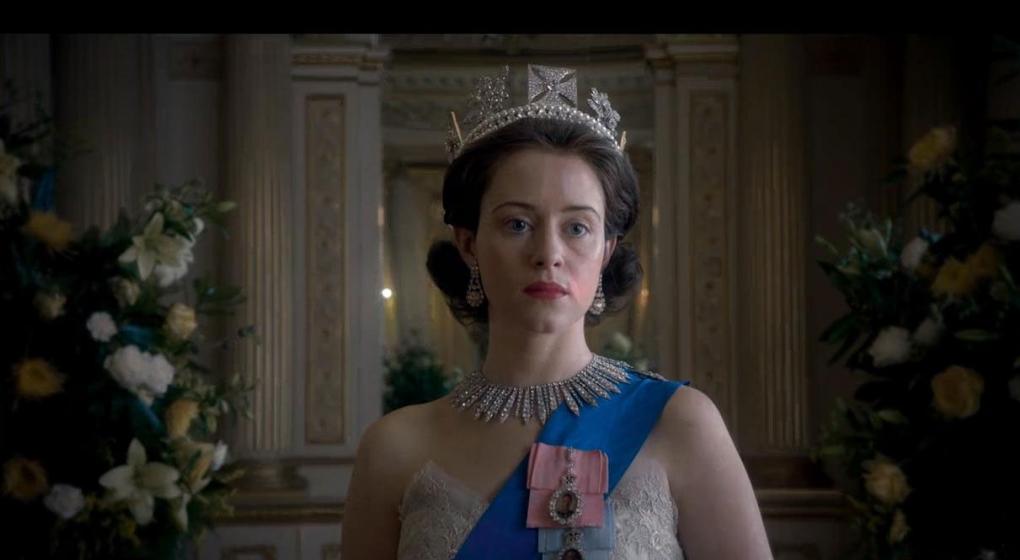