by Jazz Tangcay
in News, Trailers
10

In 1988, he was the presidential front-runner for the Democratic presidential nomination until an extra-marital affair with Donna Rice threatened to rock his race to the White House. When the Washington Post asked him if he’d ever committed adultery, Hart refused to answer and withdrew from the presidential race.

Hugh Jackman stars as Hart in The Front Runner along with Vera Farmiga, J.K. Simmons, and Alfred Molina. The film charts the rise and fall of Hart as he captures the hearts of young voters before the extramarital affair with Rice comes to light.

The film is directed by Jason Reitman who brought us, Tully. The Front Runner will be making the festival circuit, heading to Telluride and Toronto before being released on November 21, Election Day.

Watch the trailer below and check out the fitting poster with the campaign bus going off the cliff. 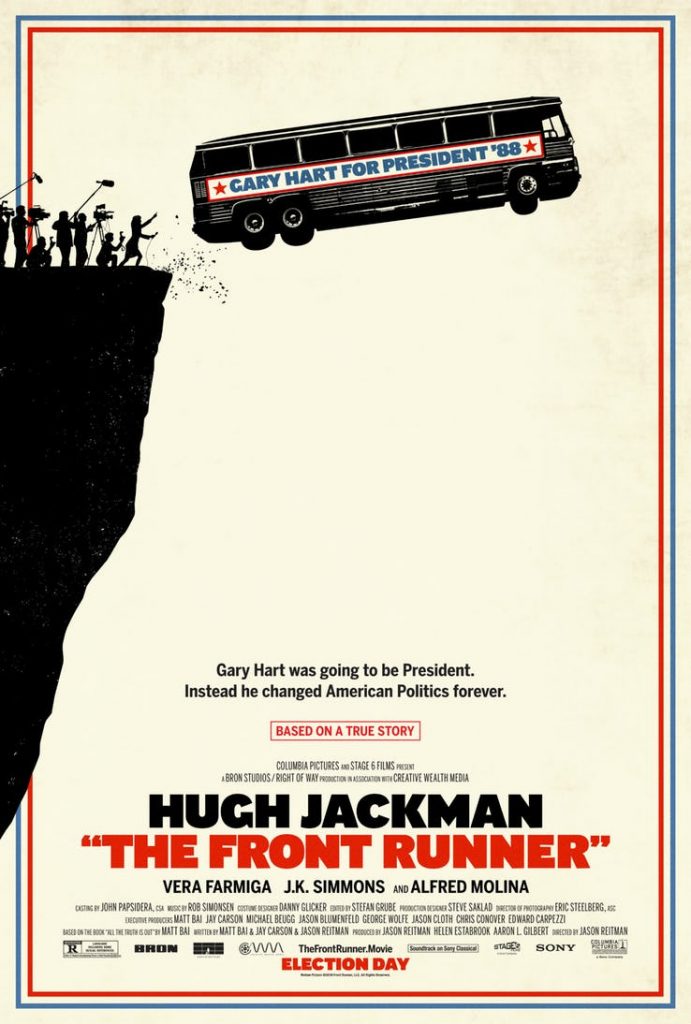