Venice Dispatch – A Star Is Born / The Mountain

The Oscar-Express at the 75th Venice Film Festival keeps on rolling today with Bradley Cooper’s directorial debut A STAR IS BORN. It’s hard not to use the O-Word when discussing this film, considering the caliber of its makers and the history of this classic Hollywood tale.

Originally made in 1937 with the winner of the first-ever Best Actress Oscar Janet Gaynor in the lead role, that movie and its two subsequent remakes (1954, 1976) have garnered a total of 18 Oscar nominations, winning two. The latest rendition headlined by Lady Gaga and Cooper himself as ballad-belting, star-crossed lovers could well add to that tally in a few months’ time.

The basic storyline remains more or less intact: Jackson (Cooper), a hugely successful country-rocker whose career is falling apart thanks to years of substance abuse, gets blown away by wannabe singer Ally (Gaga) at one of her modest gigs and gives her the stage she never had to become a superstar. They fall in love but must contend with both her sudden fame and those demons from his past.

Each of the previous two remakes, while telling the same story, updated the formula in some essential way. George Cukor first turned it into a musical to capitalize on Judy Garland’s inimitable vocal chops. Frank Pierson, having Barbra Streisand on board, went further and relocated the story from Hollywood to the music industry. In this regard, Cooper’s re-imagining might be the one that sticks closest to its (42-year-old) predecessor. One does notice, however, a couple of material changes – the most prominent of which being the further development of the male lead. Instead of a straightforward case of destructive alcoholism, we learn about Jackson’s rough upbringing, including his difficult relationship with older brother/business manager Bobby (played by Sam Elliot). As such his motivations for doing what he does at the end go beyond reasons of mere male pride as heavily suggested in all previous versions.

This fleshing out of an otherwise rather easily decipherable character is a nice touch. It obviously also gave Cooper more to play with and he didn’t disappoint. Delivering probably the most lived-in, carefully layered performance of his career, his Jackson is both a creature of charisma and self-pity, a drugged-up mess who sees redemption and betrayal in a talented young girl who shoots past him to become the next big thing. Speaking in a distinctly low register throughout and working the crowds, the band and the guitar with great ease, he’s also utterly convincing as a star musician who’s spent decades in the spotlight.

Gaga may not (yet) be Garland or Streisand, but she can command a stage alright. We first see her Ally perform at a drag bar (a peripheral but, considering her real-life persona, fun update), and from the moment she starts to croon the lovely sensual notes of “La Vie En Rose”, there’s no question this is someone who knows what to do with their voice. Her concert debut next to Jackson (the “A star is born!” moment), where she sings the catchy original composition “Shallow”, is a pulse-quickening knock-out as well. Ditto that finale performance of the tsunamic tearjerker “I’ll Never Love Again” (with flashback montage! Not even fair).

Fluidly, organically put together by Cooper featuring his own Oscar-caliber lead turn and a soundtrack blessed by a number of killer tunes, A STAR IS BORN should be box office gold and probably has the Globes musical/comedy categories all sewn up (unless Mary Poppins has something to say about that). As for the Oscars, I’d say at least one (“Shallow”), potentially two (“I’ll Never Love Again”) original songs will rightfully be in contention. Best actor nom very likely, and the always brilliant DP Matthew Libatique might have a shot too (though after yesterday’s ROMA/THE FAVOURITE double bill, this category already seems crowded).

And you know which other movie should be considered for best cinematography in a perfect world? Indie director Rick Alverson’s fifth feature THE MOUNTAIN. Premiering in competition alongside such heavyweights as Cuarón and Lanthimos, this stupefying riddle of a film could conceivably catch the fancy of hardcore cinephile à la Del Toro, but stands little chance for mainstream audiences or major categories with the Academy.

Most likely not meant to be “understood” in any conventional sense of the word, THE MOUNTAIN follows a young man named Andy (Tye Sheridan) who, after his father’s death, becomes an apprentice of sorts to the mysterious lobotomy specialist Dr. Fiennes (Jeff Goldblum) in the hopes of finding his mother. This description belies the obscure nature of the film, which is a heady mix of fragmented narrative and kaleidoscopic visuals. At any given point it’s not easy to figure out exactly what’s going on, as the characters are often placed in surrealist, cartoonishly rigid formations, their actions unexplained, intentions hidden.

And yet somehow Alverson casts through his unique, absurdist screen language quite a compelling spell. Despite the randomness of everything you see (including footage of an unknown ballerina pirouetting in slo-mo and some elaborate ice-skating group choreography inserted for no apparent reason), you instinctively realize not a single detail is there by accident, that there’s a compulsive dream-like logic behind the suggestive, optically captivating incoherence. Think the meticulously manipulated, taxidermically inspired compositions of Roy Andersson with his Scandinavian humor substituted by David Lynch’s brand of dread, and you get a pretty good idea what it’s like to be sucked into THE MOUNTAIN.

Too bad Venice does not give out awards for technical achievements, or Lorenzo Hagerman’s photography and Jacqueline Abrahams’ production design deserve to be in the conversation. But in any case I would watch out for Alverson as potential upset for best director here. Same goes for Goldblum, who’s such an endlessly watchable actor he can’t help but inject charm, intrigue, danger into each frame he appears in and makes whatever implausible scenario interesting, worthy of investigation. 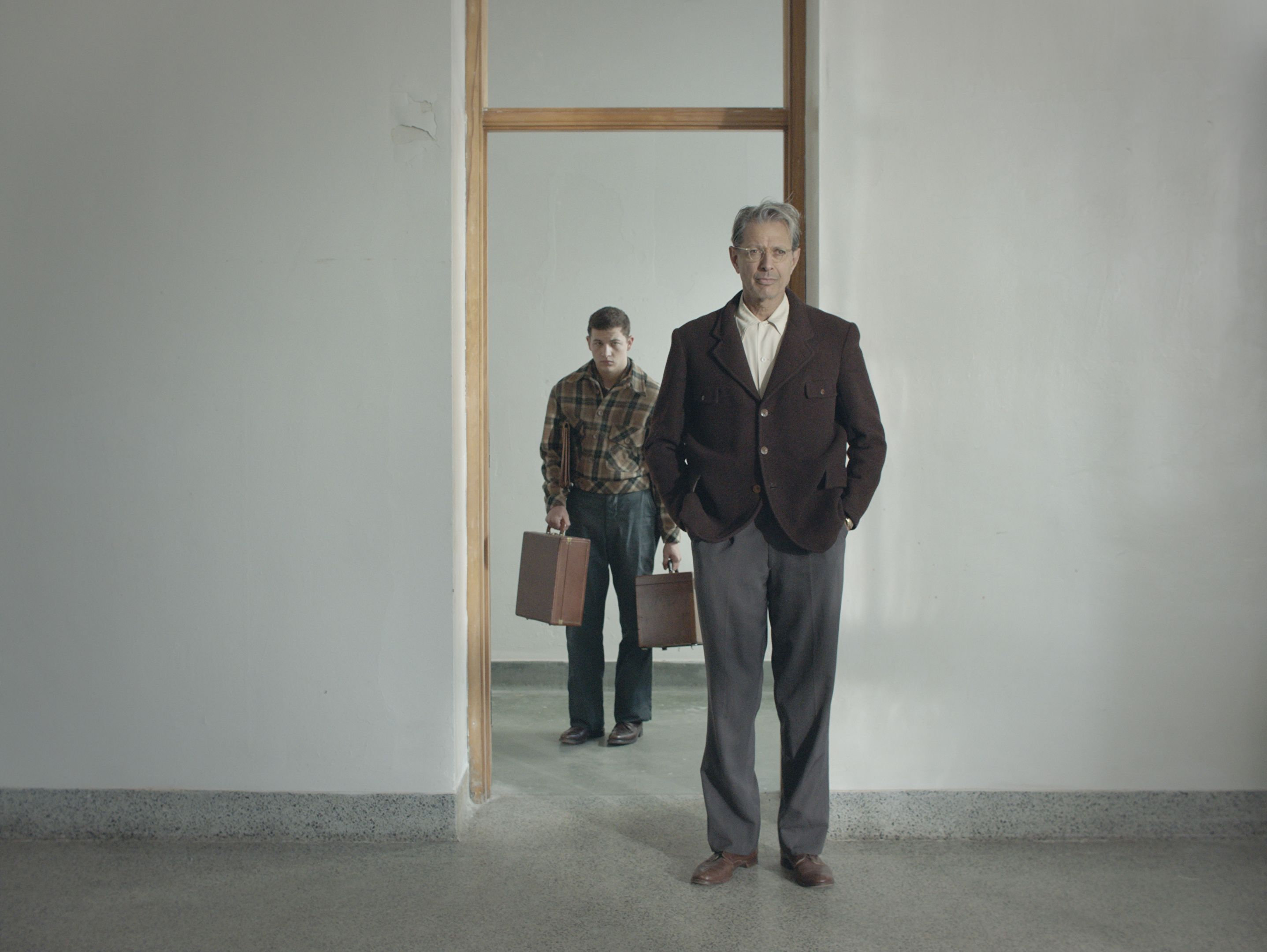 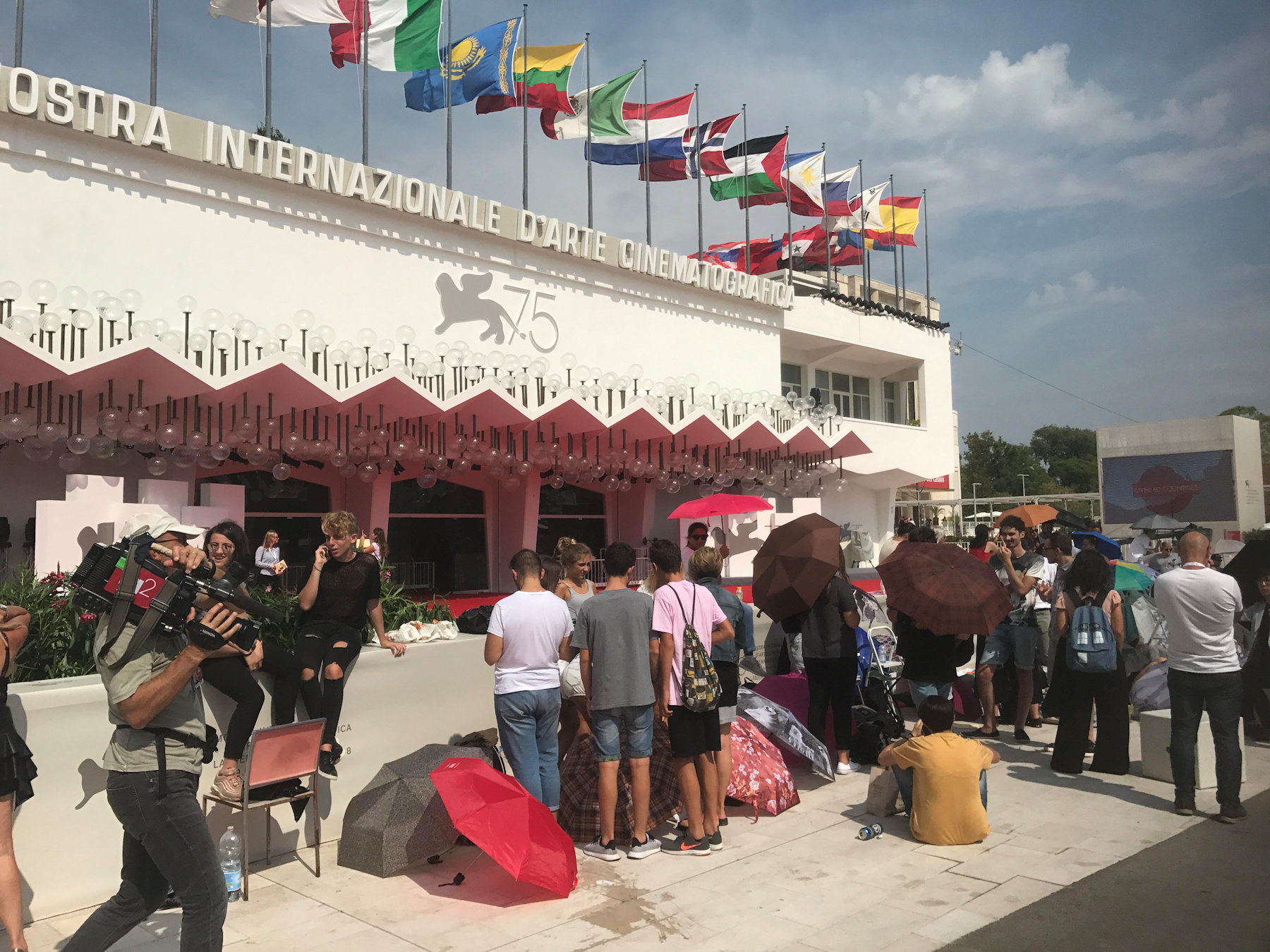 Telluride Review: The Old Man & the Gun – Swan Song for a Legend

Watch: Jane Levy on How ‘Zoey’s Extraordinary Playlist’ Has Changed Her Life