by Zhuo-Ning Su
in featured, News
0

From I AM LOVE and A BIGGER SPLASH to last year’s Oscar-winning CALL ME BY YOUR NAME (my personal best picture of 2017), Italian director Luca Guadagnino has established himself as one of the most versatile and exciting filmmakers working today.

His thought-provoking, extremely graphic update of the Italian horror classic SUSPIRIA premiered at the 75th Venice Film Festival over the weekend, and we had the privilege of sitting down with him on the Lido to talk about the controversial movie, working with Tilda Swinton and the experience of doing awards campaigns.

Horror is sometimes considered a lesser genre in cinema…

Not by me. Never.

What drew you to make a horror film?

I’ve always wanted to make horror films. I think horror is a beautiful way to portray the subconscious.

Dario Argento’s SUSPIRIA is widely admired and often remembered for its style. Can you talk about your choice not to adopt that film’s iconic look for the remake?

Well if you sum up that movie by its look, then you have a very poor idea of the film. I never thought Dario Argento’s movie is a masterpiece because of its use of color. Its use of color is great, it’s fantastic and it’s an evolution of Mario Bava. But I think what makes that movie great is the idea that everything is possible. That the aggression you see on screen becomes an aggression on the audience. And it’s relentless, it goes on and on.  Like an act of terrorism on the audience. That I thought was a fantastic approach. But that was the case for a movie shot in 1976 and came out in 1977, which, incidentally, was an essential element of conception of this movie. The year 1977.

1977 was a moment where, particularly in Germany, there was a big divide. There was the Wall. And then there was the idea that one could go back to their normal lives by totally covering up the monstrous acts that forged that country some years before. To neglect, and not grieve, not process or mourn the guilt of a nation. When everything was covered up in the 50s, a generation of young people started to grow up with this very severe feedback, the feeling that we must mourn the guilt that shaped Germany in the 30s and 40s. All this I discussed with (screenwriter) David [Kajganich] from the very beginning.

So you wanted the German history to be part of the story right from the start?

I guess it wasn’t a case where the script just came to you in one piece with all these new elements, then.

No darling, I worked with David for many months before he went off and wrote it. I enjoyed working with him, we share a lot of common ground.

You obviously also share a lot of common ground with Tilda Swinton. Why do you think you can maintain such an enduring and always exciting work relationship?

Because we have the privilege of being happy to challenge each other to have more fun each time. And how do you have fun? You do that by discovering things. By playing with things.

Can you also talk about your collaboration with Thai cinematographer Sayombhu Mukdeeprom?

He’s the master DP who shot [Palme d’Or winner] UNCLE BOONMEE WHO CAN RECALL HIS PAST LIVES. I have the privilege of working with him three times. First when he shot a film called ANTONIA by Ferdinando Cito Filomarino that I produced. Then he came on board on CALL ME BY YOUR NAME and SUSPIRIA. He’s a masterful filmmaker.

Did you shoot SUSPIRIA on location?

We shot at a location that we found on the top of a mountain near the city of Varese in Italy, and also in Berlin.

If I’m not mistaken, the shoot was finished quite a while ago. What was the editing process like?

We shot in 2016. The editing process was very laborious and beautifully detailed-oriented. I mean you have a first cut, then you discuss it with your editor, the producers, the studio, then you arrive at a place where you say, ok that ‘s the movie I want.

Last year, for CALL ME BY YOUR NAME, you went through months of awards campaign. Did you enjoy that experience?

Yes, very much so. Also because it was made in the company of people that I love very much. My producers, my beautiful cast, Sony Classics, etc.

Does any best / worst part of that experience come to mind?

The worst was when there was a blizzard in New York so we couldn’t leave for two days. On the third day we had to leave because we had a screening. So instead of commercial airlines, we took a private jet – for the first time in my life. It was a tiny private jet and went up almost vertically when it took off. That was scary.

The best part was being together all the time with people I love. And also getting to know more great, exciting people. I got to know Edgar Wright and I love him.

Do you look forward to doing it again for SUSPIRIA?

It’s not for me to say. Let’s see how the movie plays. I wish the movie could be recognized for the beautiful performances and the wonderful craftsmanship behind it, from the editing to the production design, the astonishing prosthetic makeup and costume design. And of course the cinematography and Thom Yorck’s fantastic music.

It was amazing. He’s such a generous spirit.

Was it a collaborative experience?

Very. I mean he’s a genius and came up with this beautiful music. And we evolved it, between me, him, his producer and my editor.

Finally, can you talk about the idea behind that climax scene in the third act?

The witches are trying to get the thing done forever. There’s the anxiety of making it happen and it is a wild, wild act. There’s more novelty that happens in the moment. I wanted it to be disciplined, ritualistic, and at the same time, savage.

Did you like what happens with Madame Blanc’s neck?

Oh yes. Was there any special meaning behind that?

I think she’s a Queen, and then Mother Markos makes her this great crown of blood. 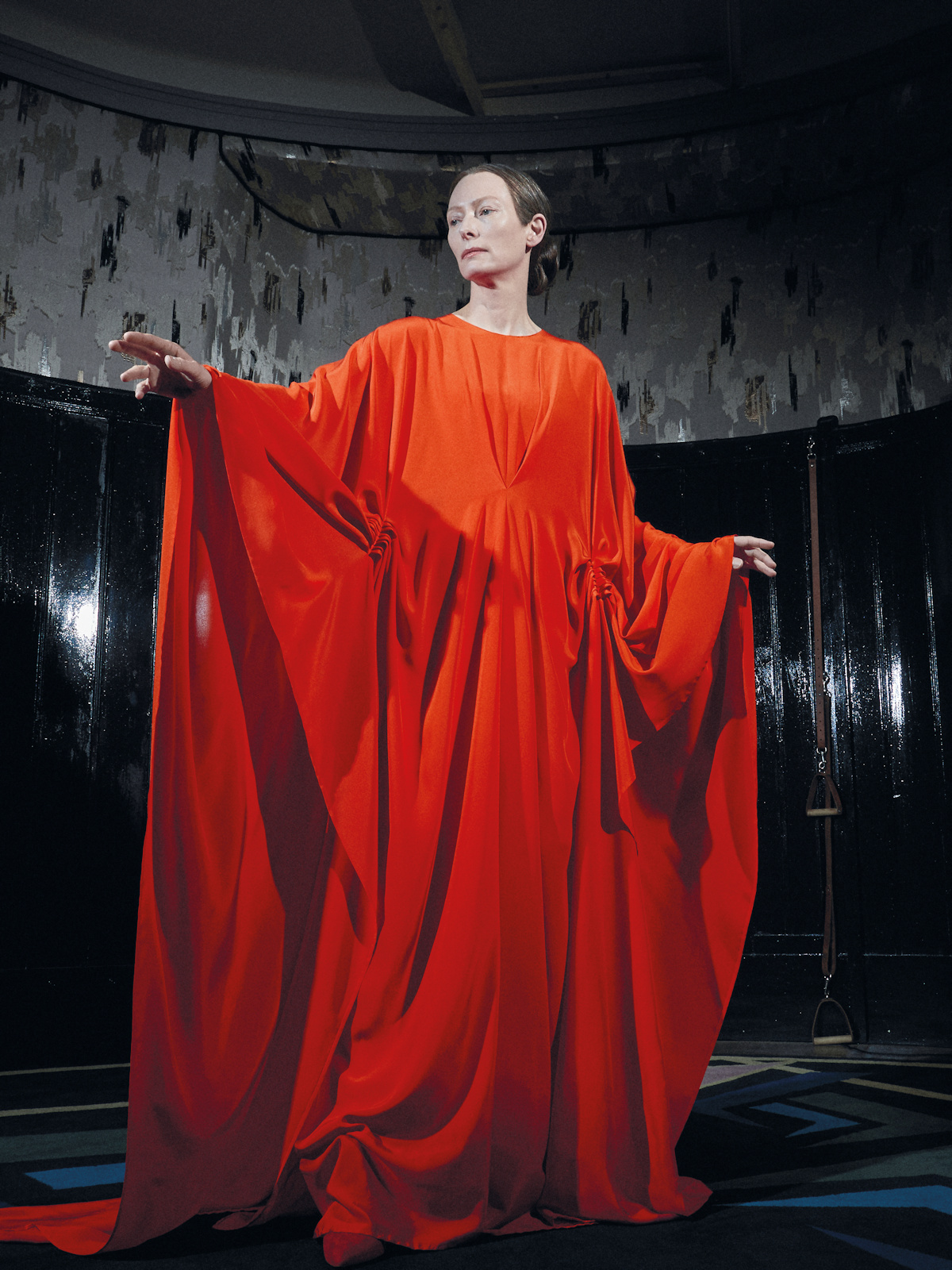