Rapturously received at yesterday’s press screening, French director / Palme d’Or winner Jacques Audiard’s hybrid western THE SISTERS BROTHERS is a most unexpected delight. By turns intense, hilarious and casually contemplative, it draws you in on the promise of simple thrills then wins you over with a sophisticated, all-around surprising ride.

The time is 1851, the place is Oregon. Right out of the gate, a voice in the dark announces the arrival of the titular siblings Charlie (Joaquin Phoenix) and Eli (John C. Reilly), followed by a quick exchange of fire that lights up the night and leaves a trail of bodies behind. By the nonchalant efficiency with which the duo takes over the targeted house, you get the idea they’re ruthless killers for hire and really good at what they do. This brief interlude leads to another job commissioned by the notorious Commodore that would require them to find someone named John Morris (Jake Gyllenhaal) in order to kill the gold prospector Hermann Warm (Riz Ahmed) currently under his watch.

The setup is straightforward enough and contains all the makings of a classic western. And for the first hour or so, things do stay on a familiar course. The brothers navigate natural elements and manmade troubles on their journey south, the schemes of murderous brothel matrons included. Meanwhile, Warm reveals to Morris the real reason he’s being hunted down as a kinship develops between two unlikely friends. Further turns of events would eventually bring the characters together, only for the group dynamics to change again in the face of newfound treasures and threats.

Audiard’s screenplay, co-written by Thomas Bidegain and adapted from the synonymous novel by Patrick Dewitt, weaves threads of adventure, humor, family and personal drama into the fabric of an age-old Hollywood genre. These layers enrich the often bland characterization of the frontier hero and inject a lively rhythmic flow through what could have been an emotionally barren terrain of machoism. His direction, ably balancing these shifting tones, is equally impressive in the staging of visually arresting, rapid-fire set pieces as in the treatment of some quieter moments. Dramatic, character-revealing details are dropped without fanfare, allowing their implications to sink in all the more resoundingly.

Phoenix, Reilly, Gyllenhaal and Ahmed are the actors’ answer to the Colman-Weisz-Stone golden triangle of THE FAVOURITE at this festival, their casting impeccable and the chemistry to die for. Each of the quartet is singly brilliant and brings their unique temperament to the mix. Phoenix has the part of the wild, unpredictable brother down. From his leisurely but slightly crazed demeanor you can never quite tell if he’s going to pat someone on the back or run them down in the next instant. Reilly’s trademark sweet cluelessness at first seems too broadly comic but proves to be that secret ingredient in a formula whose magic otherwise would not have worked. It somehow gives the drama both context and an added edge. Gyllenhaal and Ahmed, reunited after their sizzling collaboration on NIGHTCRAWLER, provide the warmth and emotional anchor of the film. Those moments of genuine kindness they share on screen are essential to the tricky balancing act embedded in the ambitious narrative arc.

Both Benoît Debie’s dashing, furiously agile cinematography and Alexandre Desplat’s expressive, sometimes offbeat score deserve to be recognized as well. It’s truly the combination of all these elements that breathes life into a fascinatingly unconventional film.

THE SISTERS BROTHERS walks the line between arthouse and commercial with potential mass appeal. If the audience does respond, I could see it factor into the Oscar race, especially for Audiard’s direction/screenplay and any of the four performances (again, how to place them in lead/support categories might be a slight problem).

Another competition title that put an unconventional spin on an established genre is Oscar-nominee Julian Schnabel’s Van Gogh biopic AT ETERNITY’S GATE. While far less accessible as a work of cinema, its artistic approach and the questions it asks inspire.

Set in the last years of famed Dutch artist Vincent Van Gogh’s tragic life spent in the south of France, the film not so much chronicles as imagines, in an episodic, appropriately impressionistic manner, what it must have been like to be trapped inside the mind of a genius born at the wrong time. As we’ve seen with THE DIVING BELL AND THE BUTTERFLY, Schnabel is uncannily good at interpreting, expressing the human experience on a purely cerebral, spiritual level. His knack for capturing fleeting sensations and indescribable feelings and compulsions is again on display. There are many scenes in this film where a lone Van Gogh (played by Willem Dafoe) wanders through the wilderness, silent but intent, keenly, painfully aware of all that goes on around him. Through naturalistic POV shots and breezy, musical editing, these extended dialogue-free sequences make you feel the impact of being at one with nature and see its beauty through a painter’s eyes.

Although the scripted scenes seem, by contrast, less convincing, they present a sincere, unrelenting exposition on an artist’s obsession. Every time Van Gogh debates with himself, his loyal brother Theo (Rupert Friend), friend and admirer Paul Gauguin (Oscar Isaac) or the head of the asylum he’s been admitted to (Mads Mikkelsen) about why he considers himself a painter or why, despite all the hardships, he has no choice but to continue to paint, you sense it’s Schnabel himself who is lovingly, furiously baring his soul.

As a non-traditional, narratively challenging biopic, this film might prove too demanding for Oscar play, but I could see it become a festival hit/critical darling. Besides Schnabel’s truly poetic direction, Dafoe’s reliably great performance and Benoît Delhomme’s soulful photography deserve to be singled out. 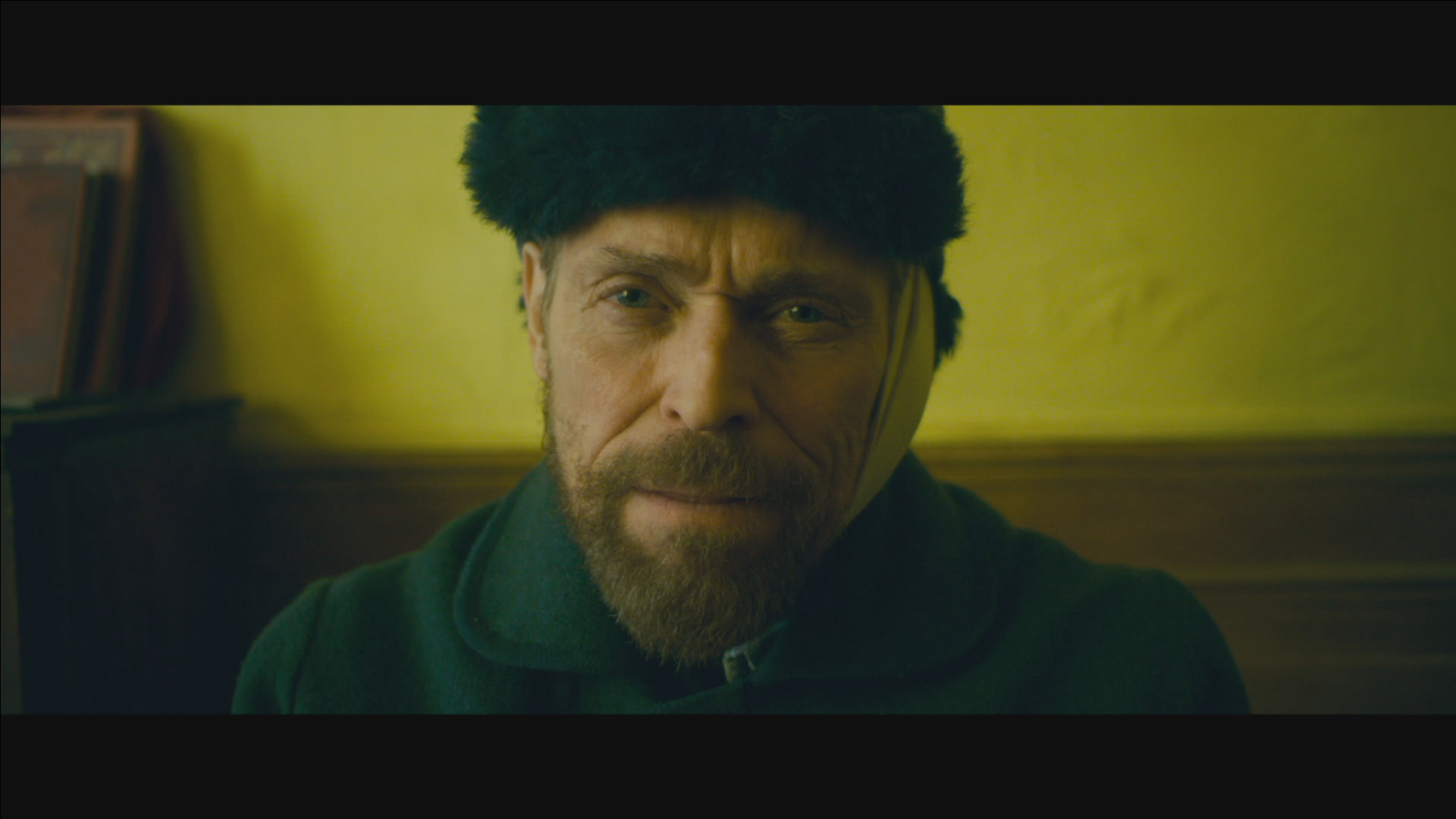 Our 2018 Limited Series Emmy Predictions... and the Fantasy Oscar Pool!

PIECES OF A WOMAN: (L to R) Ellen Burstyn as Elizabeth and Vanessa Kirby as Martha.

BAFTA Contest Up and Running

A Q&A with the Filmmakers and Cast of Shortlisted Live Action Short, ‘Da Yie’