Emmys: Zaldy – The Man Who Designs For RuPaul

If you happened to stroll down Melrose Avenue in June, you may have seen the costume exhibit for RuPaul’s Drag Race. Glitter, glitz, sparkly glam were on display. The exhibit space featured ten of Zaldy designed costumes giving Emmy voters and the public as well as the show’s thousands of fans the opportunity to get up close and personal with the intricate details of his craftsmanship. 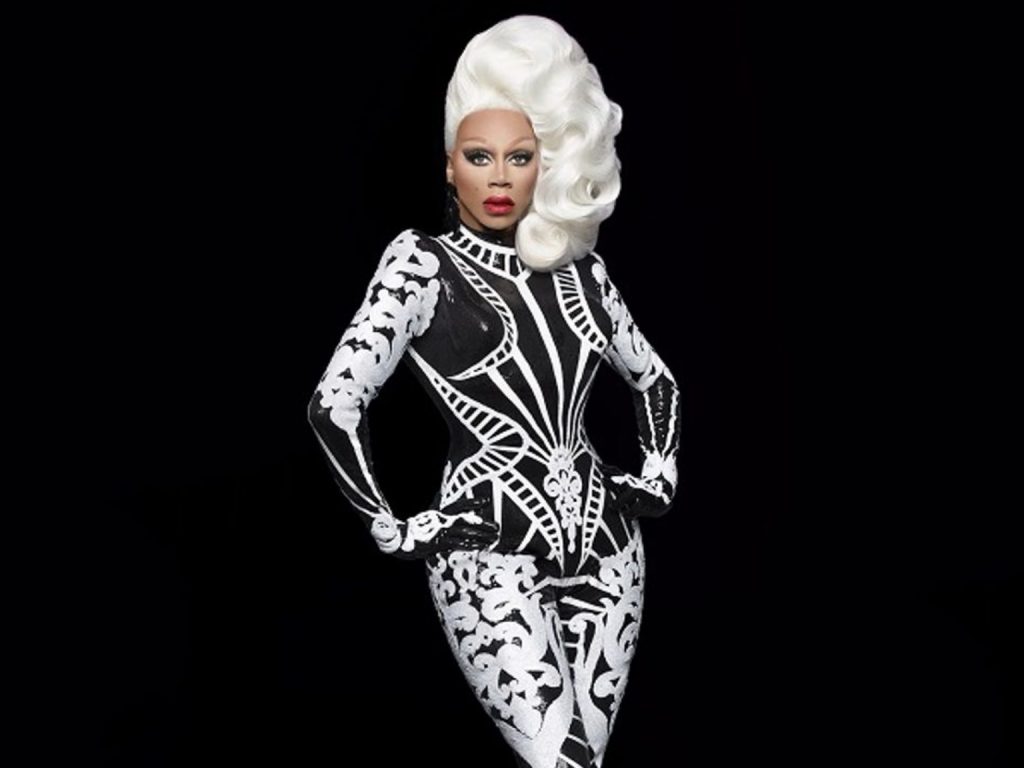 Zaldy is the costume designer responsible for the glamorous and jaw-droppingly gorgeous gowns seen on RuPaul on RuPaul’s Drag Race. Zaldy and Ru go back years and in our chat below, Zaldy Coco who won his second Emmy Award for Outstanding Costumes for a Variety, Nonfiction, or Reality Programming last night at the Creative Arts Emmy Awards, talks about designing those beautiful gowns for Ru.

When we spoke at the RuPaul’s Drag Race Costume Exhibition on Melrose you talked about having a relationship built on trust. How has that helped you design for Ru over the years?

The trust RuPaul and I have is firmly based on a foundation of decades of working together, since our first creations during the release of Supermodel. The trust and confidence were there from the beginning and it is still here stronger than ever. Both Ru and I have referred to our working relationship as telepathic since we don’t discuss new season strategy, I don’t send sketches and we don’t do fittings! It’s a special relationship I have with only a few clients that I know so well and they have complete trust and faith that I will deliver more than what they are expecting!

How did you and Ru first meet? What do you remember about what Ru was wearing?

I believe the first time I met Ru was at a club called La Palace de Beaute’ on Union Square. I remember exactly what RU was wearing: denim Daisy Dukes and a white lacey bustier… because I saw RU the night before in the same exact same look! I mentioned it to Ru and Ru said to me something I have never forgotten “when it works…it works!” 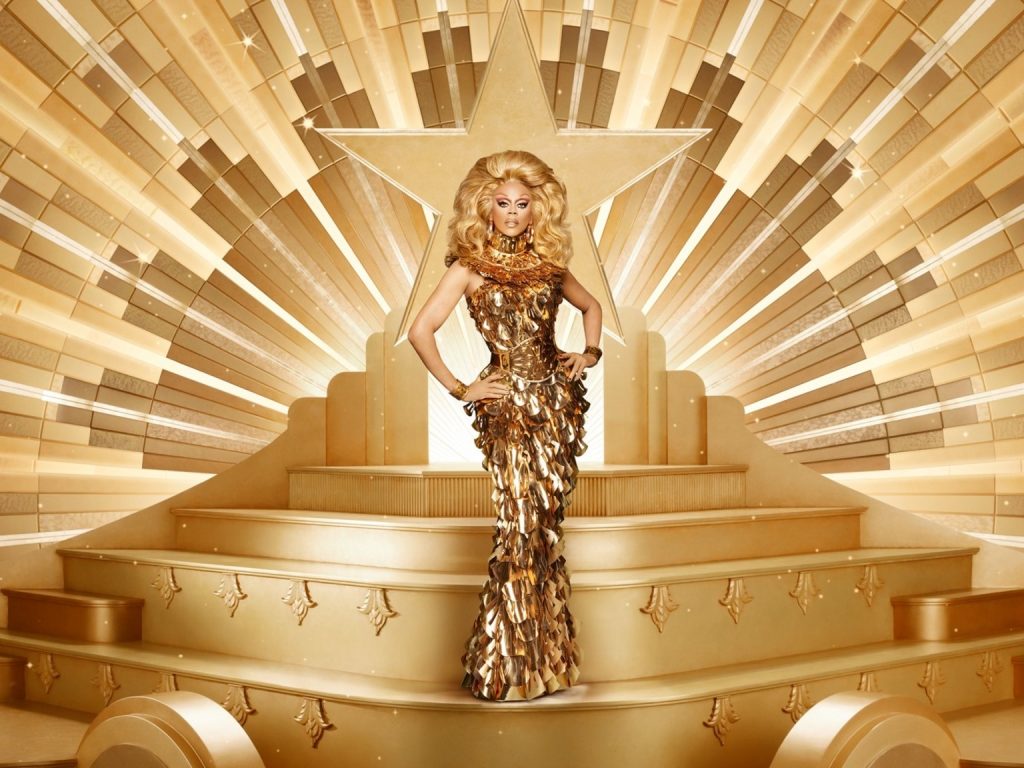 How has RuPaul’s style evolved over the years on the show?

SInce the beginning of RuPaul’s Drag Race I feel like we were already pushing the envelope as I definitely wanted to do something bigger than the looks we did for Ru’s earlier VH1 talk show. Knowing that RuPaul would arrive onstage walking the runway I always saw this as a sort of one look fashion show! i.e. ”the category is closed!” Again, it’s one of those situations where “when it works, it works!” and Ru’s image works!

Does Ru have a favorite gown?

We definitely have our favorites, and I would guess that Ru’s personal favorite is a silk organdy gown hand painted with graduated Leopard spots in an oversized RuPaul scale! The base color was electric pink with spots of pink. orange and black. I think that was Season 7? There is a great double page image of Ru wearing this gown in Visionaire Magazine. 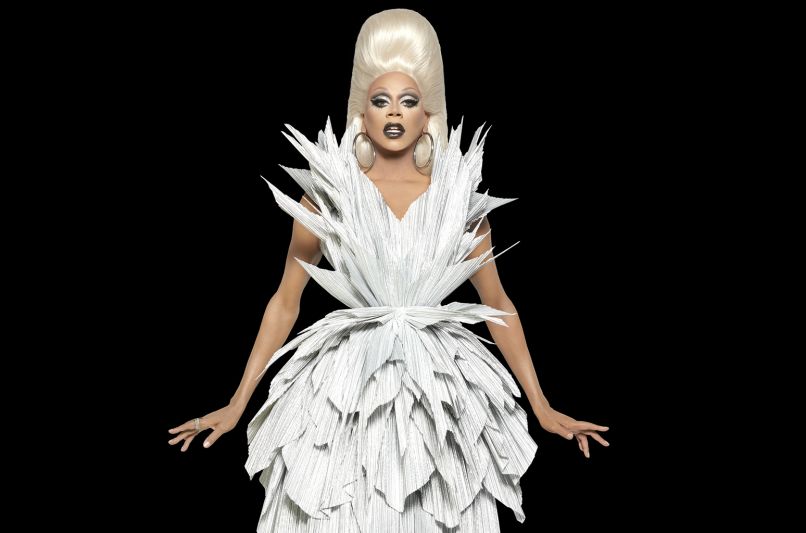 Which designers inspire you?

Can you break down the gown making process for the gowns below? Talk about the idea, the inspiration (if any), the materials used and how long it took? (If you want to change any gowns – go ahead).

The gown making process usually starts with a review of what we’ve already done and thinking about what things I would like to see next year. I might see that we haven’t used feathers in a while so will try and work a feather look in or I might decide we need a breezy Ru walk down the runway so let’s look for great silks…or I might say we need a jolt of neon. Fabric really inspires the outcome whether we use it as is or find a way to transform it. We also do a lot of custom prints and I work with a few illustrators or hand fabric painters and dyers who I might say something like “can you do a “black light” inspired print of Ru maybe riding a leopard or panther”. Gowns can take anywhere from 4-10 days to complete depending on the details.

The Big Winners at this Year's 2018 Creative Arts Emmys