What would the Emmys be without a night of upsets? From fan favorites pulling off one of the biggest surprises in Emmy history to Merritt Wever making a name for herself with her submitted tape and giving quite the memorable short speech the most memorable moments are the unexpected. Predicting the biggest surprises of the night is nearly impossible especially when so many categories are up in the air this year. Still we took one last chance to guess some of the most viable upsets from final season favorites to breakout blockbuster stars.

The Americans Finally Pushes Through to its First Primetime Emmy

After years of support from fans and critics The Americans went out on a high note. The finale received near-universal praise and critics celebrated it with three wins for program, drama series, and Keri Russell. It gained momentum at just the right time and fans within the Television Academy are not going to think twice when checking it off all the way down the ballot. The Soviet drama gained extra relevancy this year with the discussion of Russian meddling in our election and that’ll only help in attracting more voters. On top of all that the show is competing against a group of former winners and will only look more urgent next to them on the ballot. It’s receiving a lot of comparisons to cult-favorite Friday Night Lights, another final season that won Emmys for writing and its star Kyle Chandler. With wide open series and actress races surprise wins there are also not outside the realm of possibility. 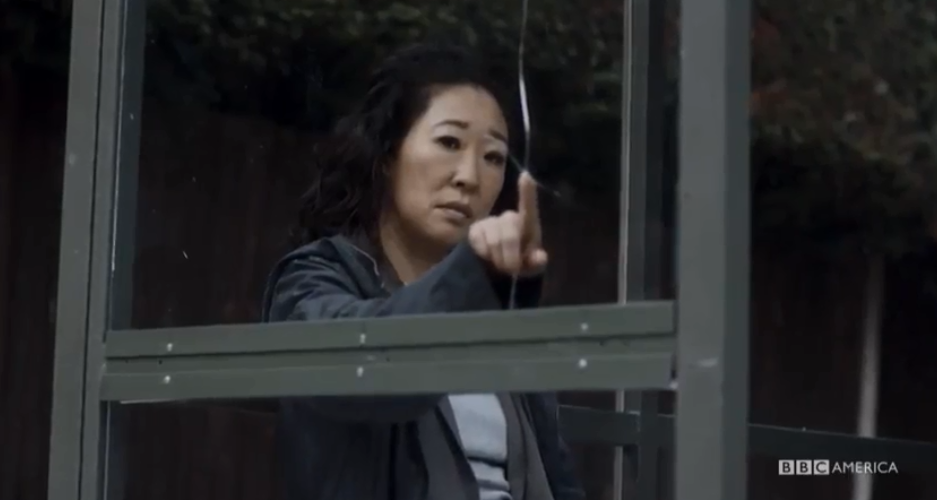 Sandra Oh made history this year as the first Asian actress to receive a lead actress Emmy nomination this year for her performance in Killing Eve. If she wins on Monday she would become the first Asian actress to win a lead award and only one of a handful of Asian actors to win an acting prize in the 70 year history of the ceremony. Now that the entire entertainment industry is beginning to confront its own history with institutional racism aspects like these might influence voters to rally behind someone like six-time nominee Sandra Oh.

However if Oh does win it’s not because of politics. Killing Eve is the breakout show of the year breaking ratings records week after week. It’s a true water cooler show that is exciting audiences in ways that many of the repeat nominees simply are not. Oh is also extremely overdue with five previous nominations for Grey’s Anatomy on top of winning a Golden Globe and SAG award.

The Crown Ensemble Has a Royal Send Off

The Crown is an ambitious period biopic chronicling six decades of the Royal Family’s life and although they are only two seasons in the current cast is competing for the last time before they are replaced in a time jump. So this is the last year for Claire Foy, Matt Smith, and Vanessa Kirby to win for their work on the show and they come with the urgency of an unrewarded final season. SAG voters really like the show having awarded Claire Foy twice, and after the casting team won last weekend (who also vote in the acting categories), there seems to be growing momentum for the cast. There’s a good chance that at least one of the three will upset on Monday. The only question is which of the three it will be.

In the past Emmy voters have been heavily swayed by recent films. Whether it’s Melissa McCarthy’s breakthrough role in Bridesmaids, Kate McKinnon gaining mainstream appeal after Ghostbusters, or even this year with Tiffany Haddish riding a wave of support from Girl’s Trip winners have received major boosts from their roles in film. This year Letitia Wright is the breakout star of Black Panther – the biggest movie of the year. The love for the innovative Marvel film might be the needed boost she needs to stand out against former nominees and even an Oscar winner.

Regina King is clearly a favorite among her peers. She’s worked in the industry for over three decades and has already won two surprise Emmys in recent years for her supporting work on American Crime. This year she is nominated in the lead actress race for another anthology series,  Netflix’s Seven Seconds. Playing a mom fighting for justice regarding her son’s death the show tackles pertinent issues including police corruption and racism. King has been all around town advocating for the project and without a clear front runner that might make all the difference.

Since opening up final round voting up to the entire branch, no show of any genre has earned as many acting nominations and winners as Saturday Night Live. Just last year someone from SNL won every acting category they were eligible in. This year they can at least partially continue that streak in the supporting categories. Both of last year’s winners are still eligible (Alec Baldwin and Kate McKinnon) but we might underestimating two beloved personalities that are staples of the current era.

Kenan Thompson now holds the record for the longest-running cast member in the show’s 42 year history. He just won his first Emmy in the Original Song & Lyrics category and is well known for viral sketches including his infamous impression of Steve Harvey. Younger voters have been following his career since he was a teenager on All That, showing that he has more than proven his comedic chops a lot longer than some might expect.

Two-time Emmy winner Kate McKinnon may be the front runner in this year’s supporting actress race however there is a lot of excitement for her costar Leslie Jones. It’s hard not to love someone like Jones with so much charisma that she even stands out in the background of her scenes. She’s earning even more attention for her Olympics coverage on NBC and her TV commentary on Twitter. She’s even gained a lot of fans for her All State commercials (my mom included)! Voters might easily shock audiences and go in a different SNL direction this year celebrating Jones for being unapologetically hilarious.

The recent return of Twin Peaks may have been muffled by confusion from casual viewers however the David Lynch show is the biggest cult television phenomenon of all time and the legendary filmmaker has plenty of followers. ADTV’s own Clarence Moye gave the third installment rave reviews calling it a “tour-de-force of Lynch’s sensibilities.” Writers and directors are particularly fond of his career and as they have had time to digest the third season they might rally behind it, especially with no clear front runner in either category.

Readers, what are your No Guts No Glory predictions this year? Is there any category you’re rooting for an upset in?