Green Book, as predicted by Kris Tapley, has taken the People’s Choice Audience Award at Toronto. Runners up were If Beale Street Could Talk and Roma. One thing that is definitely possible is that Viggo Mortensen could finally win an Oscar he’s a bit overdue for now. The history of this kind of award often does lead to acting wins – like Three Billboards, La La Land, Room, Silver Linings, King’s Speech, 12 Years a Slave, etc. In almost every case, the winner or even runner up of these awards wins an acting prize. So this could be Viggo’s year at last.

As you all know, this puts Green Book in line for a Best Picture nomination (not necessarily a win, but maybe). The history for either winners or runners-up is spotty but not entirely unreliable. Is Green Book Slumdog Millionaire? Is it Silver Linings Playbook? Is it Argo? Is it the King’s Speech? It is too soon to know. Just as many films have won Best Picture and not showed up as a winner or a nominee. Two out of the three seems to be the norm.

Mahershala Ali could also win a second Oscar in supporting, and very well might — but I’d think Viggo gets the bump because he’s never won before. 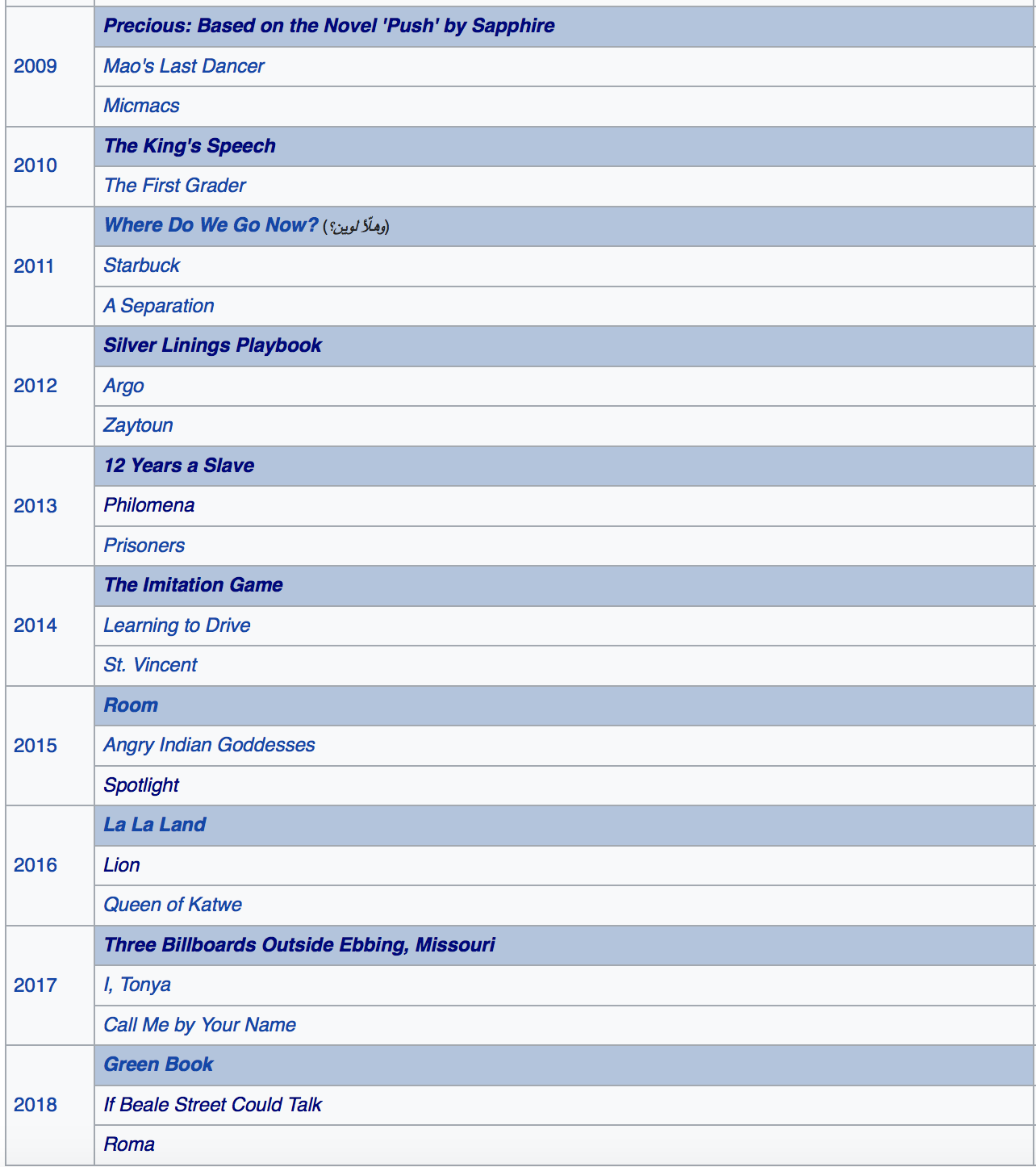 Mary Poppins Returns Gets a Trailer and Poster