The Independent Filmmaker Project (IFP)  announced today that Willem Dafoe will receive the Actor Tribute and Paul Greengrass will receive the Director Tribute at the 2018 IFP Gotham Awards. The first awards show of the season, the IFP Gotham Awards is one of the leading honors for independent film and media, providing critical early recognition to groundbreaking independent films and their writers, directors, producers, and actors with ten competitive awards categories. 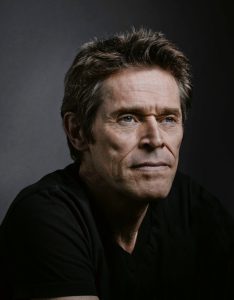 “Willem Dafoe is one of the most iconic actors of our generation. Throughout his legendary career, he has consistently brought versatility, boldness and daring complexity to his roles. Whether a Hollywood tentpole franchise or a small-scale independent film, Willem’s artistic curiosity has led him to film and theatre projects all over the world, making him one of the most internationally respected actors. The IFP is thrilled to be honoring Willem with the Actor Tribute this year,” said Joana Vicente, Executive Director of IFP and the Made in NY Media Center.

“We are equally delighted to present Paul Greengrass with the Director Tribute. Paul brings a startling realism to all of his films whether directing a stellar cast in a cat and mouse thriller that stretches around the globe or directing relative unknowns in a tragic docudrama within the confines of a doomed plane. His singular ability to create a visual – and visceral – narrative from his meticulously redrawing of impactful historical events will have a lasting influence on cinema for generations to come.”

Dafoe appeared in last year’s The Florida Project and will be seen in At Eternity’s Gate. Dafoe has appeared in well over 100 films and plays, working with a some of the most renowned directors of modern cinema including: Kathryn Bigelow, Wim Wenders, Mary Harron, Anton Corbijn, Wes Anderson and Martin Scorsese. 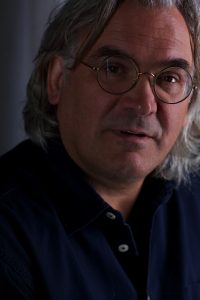 Paul Greengrass began his prolific career as a television journalist working on Granada TV’s current affairs program World of Action, which began his interest in geo-politics which, would eventually find its way into almost every film of his career. His television work caught the eye of an exiled former M15 officer, Peter Wright, who enlisted Greengrass to co-author his memoir, Spycatcher, which Prime Minister Margaret Thatcher banned publication of in the UK.

Greengrass began making large scale geo-political thrillers including The Bourne Supremacy, The Bourne Ultimatum and Jason Bourne. In between these projects, he directed the 9/11 story, United 93.

The IFP recently announced that Rachel Weisz and Jon Kamen will receive the Actress Tribute and the Industry Tribute, respectively.

The Gotham Awards will be presented on November 26th.

Lyric Lewis on Season 2 of 'A.P. Bio,' the Comedy Family You Want to Be Nestled With

by Mark Johnson
4
No Result
View All Result