I can’t really fight it anymore, folks. I personally do not have the moral character to resist the category 4 hurricane that is A Star is Born. Where many believed Black Panther would be the “popular movie” that helped draw in viewers, really, all they have to do is fully embrace A Star is Born and people will tune in to watch the Oscars. They could solve this whole problem just by picking a movie the entire public adores. Even over at The Pioneer Woman she was gushing about it. The headlines are everywhere. In a case like this you have to do what you do when a big wave comes at you and you’re trying to go swimming, just sort of duck, hold your breath and let it roll over you.

To the internet, critics and fans – it’s everything. Can a heat this hot be sustained? It’s only October and there is a long way to go yet but one has to wonder if it isn’t just too big to ignore now. Will it be like Argo, Dances with Wolves and Braveheart? Will it be all about Bradley Cooper’s unbelievable success? It might be. It might be.

Headlines, we got your headlines: 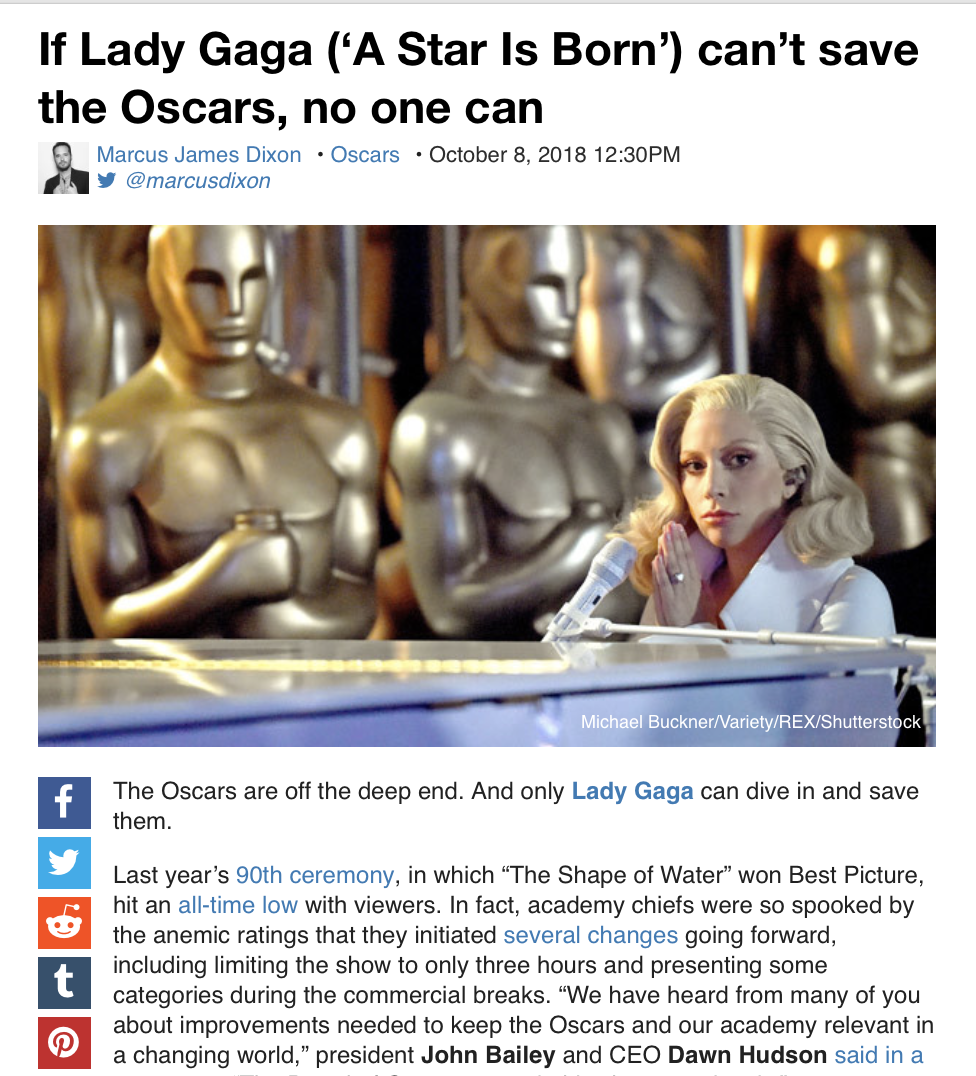 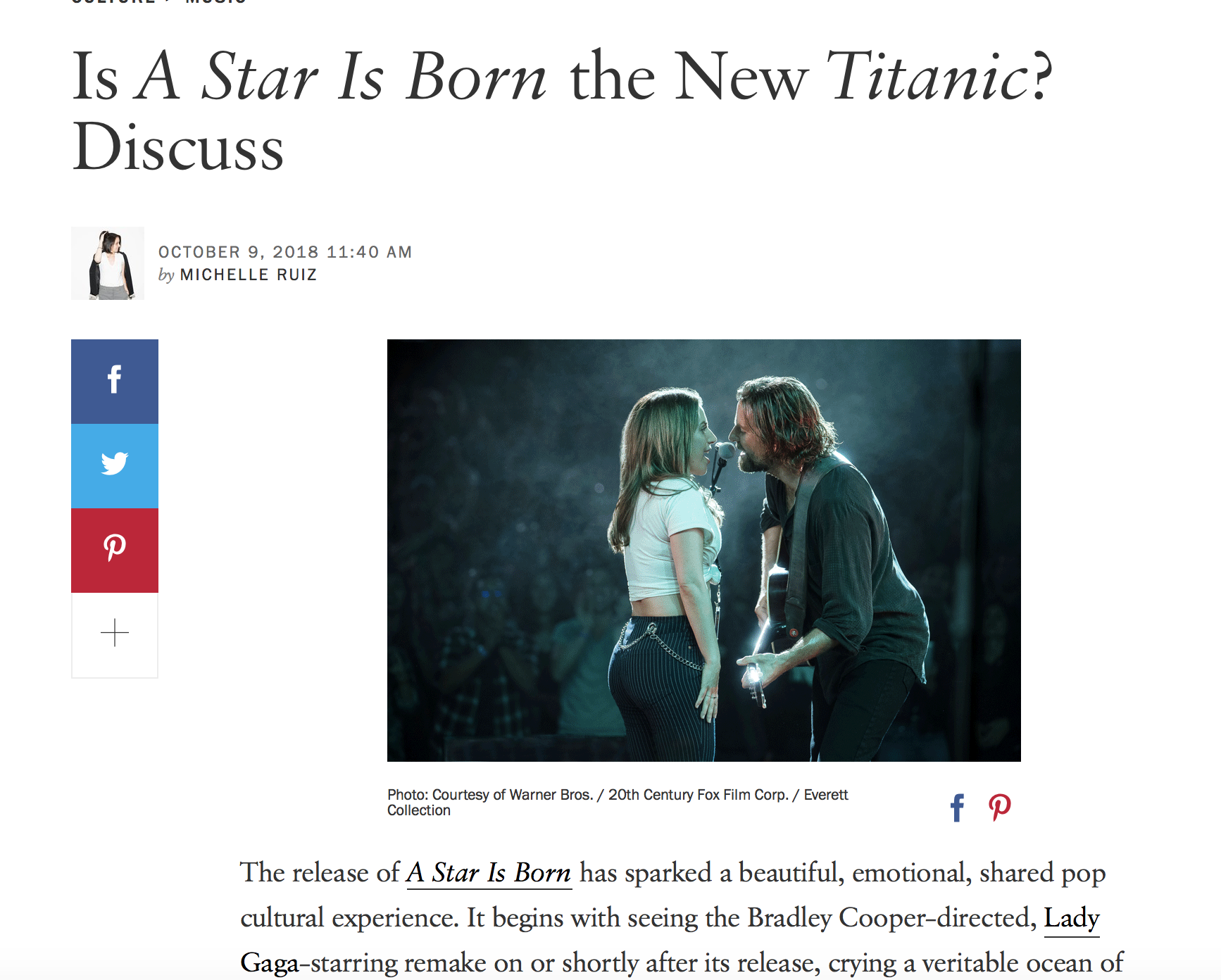 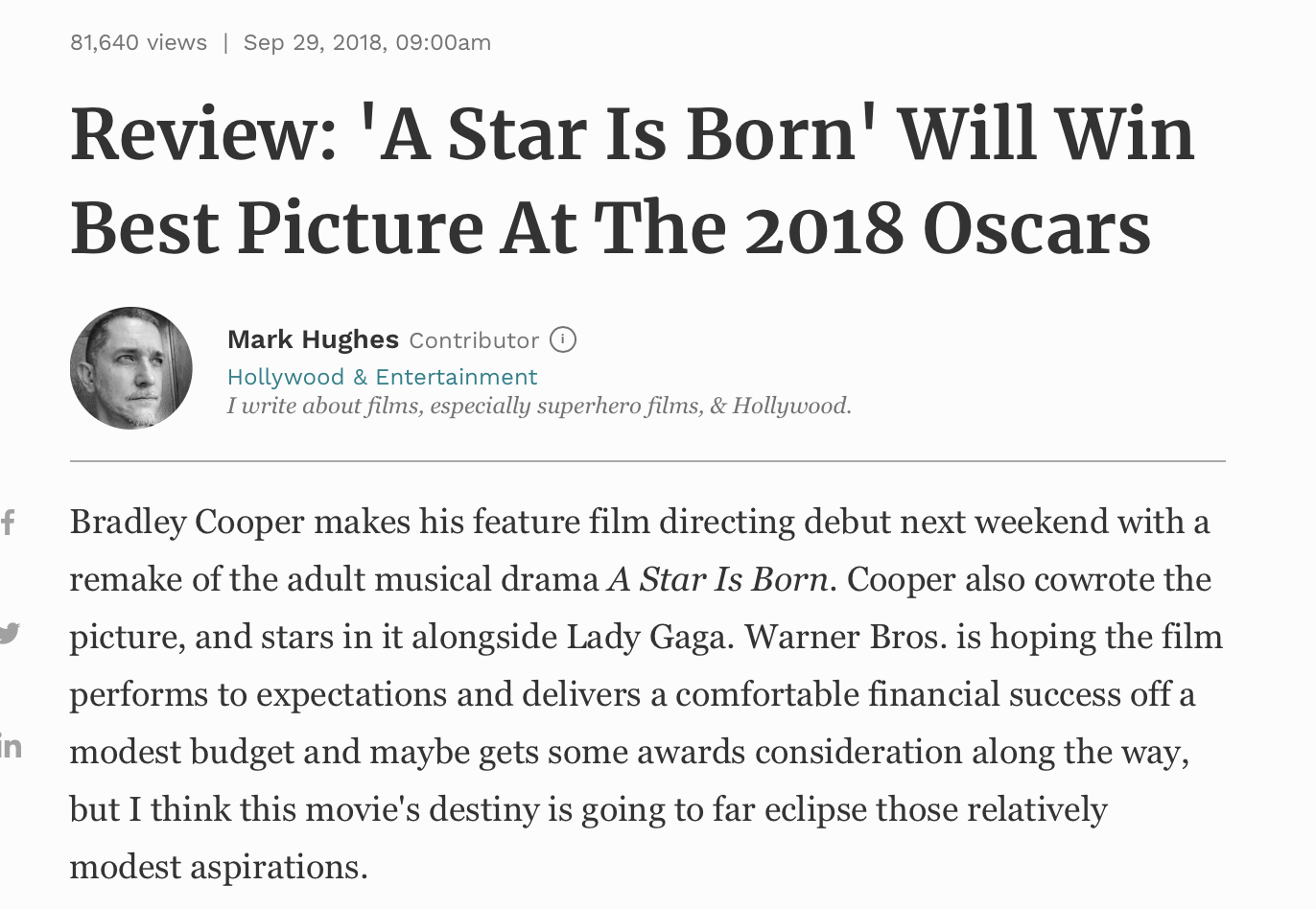 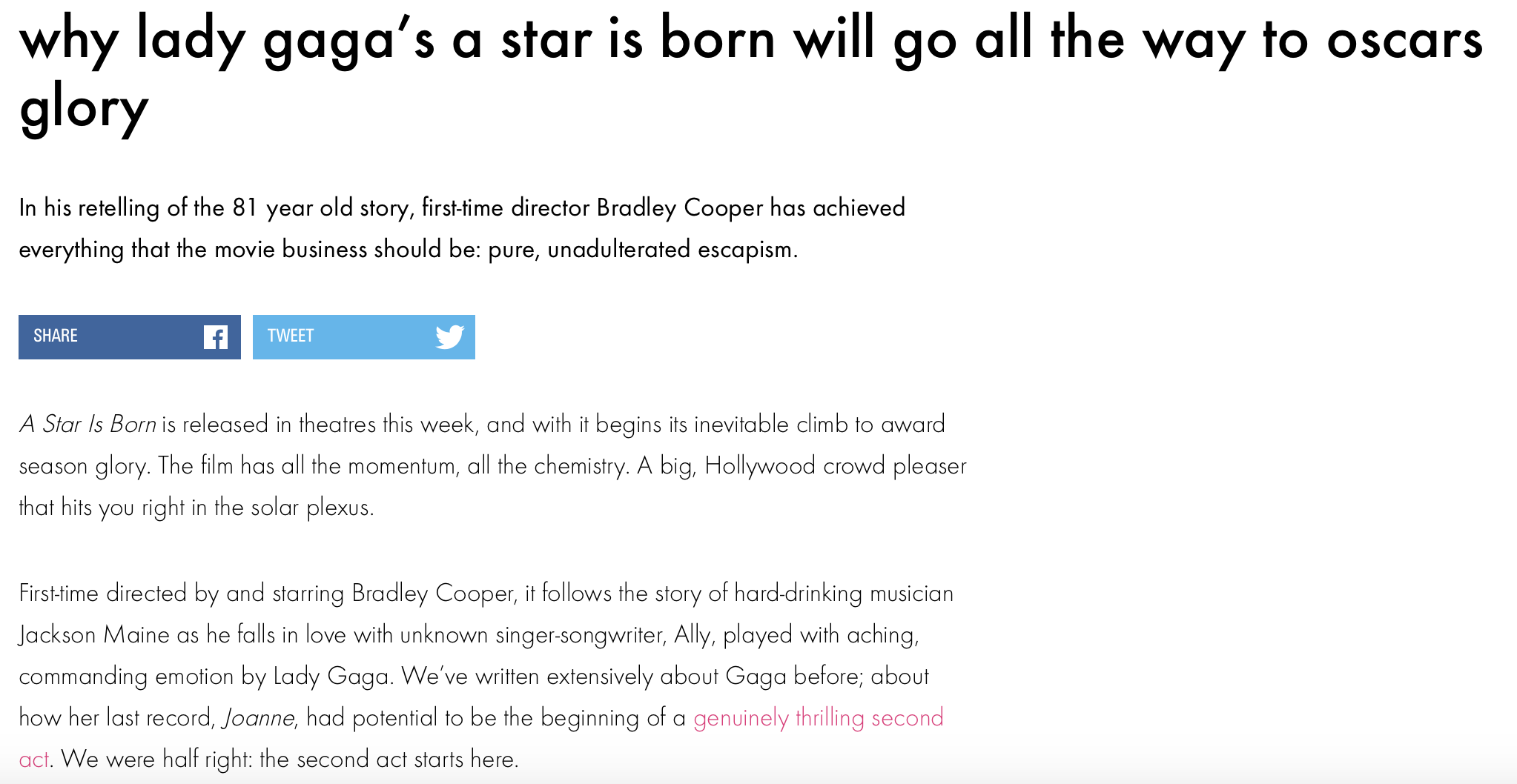 Before I saw A Star Is Born, I felt certain Lady Gaga was going to win an Oscar. I could not have been more wrong, she’s gonna win two.

It’s hard to complain about it since this is the very thing the Oscars have really been missing – a movie that brings everyone together like this. This was sort of how it all used to be. If this is the Oscar story for 2018 it will likely make everyone happy, except the usual thing people always complain about ten years later when they say “A Star is Born beat Roma”?

I started 20 years ago when we all wondered why a movie like Roma couldn’t win Best Picture. And here we are, actually considering it as a possible winner. I’d say we’ve come a long way. But this part of this, this communal experience of honoring a film that strikes a chord with the general public seems to have vanished.

So maybe this is really it, folks. The end of Oscars 2019. Done and done. If so, we will all skate by the next few months without breaking a sweat.

Do I personally think it’s the frontrunner? What I think is that, at this point, it doesn’t matter what I think. Whatever is going on with this movie has happened outside of my own perceptions of this year, the movies and this race. At this point, I have to take my own thoughts out of the equation to be gathered up at a later date.

Tags: A Star is Born

If Beale Street Could Talk Premieres in New York, A Strong Oscar Heading into November