The SCAD Savannah Film Festival kicked off on Saturday, the main showcases being Alfonso Cuaron’s Roma and Sara Colangelo’s The Kindergarten Teacher. Held on a boulevard in the middle of Savannah’s historic district, nestled under acres of moss-covered old trees that know where the bodies are buried, the Savannah College of Art and Design (SCAD) has mostly overtaken whatever this neighborhood of Savannah used to be and transformed it into a bustling, alive, energetic art community. It is not unusual to see street art randomly placed next to 17th-century architecture. SCAD’s Savannah Film Fest is becoming one of the must-see festival stops as we head towards the end of November, when the critics awards begin.

The festival paired with Entertainment Weekly for a number of events, the first of which being the Breakout Star panel. With an effort towards inclusivity, this wasn’t a panel that just gave the usual answers to the typical questions. They went deep. The participants were:

Kayli Carter is best known for playing Sadie Rose on the Emmy Award-winning miniseries Godless. She can currently be seen in Private Life with Paul Giamatti. Carter first appeared on stage in Academy Award winner Mark Rylance’s play Nice Fish in New York. Next, she plays Manson acolyte Squeaky Fromme in Charlie Says. Carter graduated from SCAD in 2015 with a B.F.A. in performing arts.

Raúl Castillo is best known for playing Richie on HBO’s Looking. In 2015, Variety included him on its “10 Latinos to Watch” list. Now filming the STARZ series Vida, he starred in 2018’s We the Animals, and appears in the upcoming film El Chicano in March 2019. Castillo is also a playwright and member of the LAByrinth Theater Company in New York City.

Winston Duke made his feature film debut in Black Panther and then reprised the role in Avengers: Infinity War. Duke’s upcoming projects include Us, Jordan Peele’s follow up to Get Out. Other credits include roles on Modern Family, Person of Interest and Law and Order: Special Victims Unit.

Elsie Fisher played a supporting role in the Disney feature film McFarland, USA. She voiced the lead role of Agnes in the blockbuster animated features Despicable Me and Despicable Me 2. Fisher has also appeared on television shows such as Raising Hope, Mike & Molly and Medium.

Thomasin McKenzie is a New Zealand native who recently starred in Leave No Trace, and will next be seen in the 2019 release Jojo Rabbit opposite Scarlett Johansson. McKenzie recently completed work on the Netflix drama The King and True History of the Kelly Gang opposite Russell Crowe.

Hari Nef is an actress, writer, and model best known for her work on the Emmy Award-winning series Transparent. She currently stars in Assassination Nation and recently completed shooting the Lifetime series You. Nef also starred in the 2017 short Let Me Die a Nun, a comedy about a lesbian nun and her Jewish stalker.

Millicent Simmonds recently starred in A Quiet Place, and was named one of The Hollywood Reporter’s “Top 30 Stars Under Age 18.” Her breakout role was in Wonderstruck, shot without sound as a nod to her character. Simmonds is deaf and communicates by using American Sign Language.

The one message that came through with all of the panelists — when asked a variety of questions from what is their favorite audition, to what is their dream role — was that they really want Hollywood to tell not just more original stories but stories featuring characters you might not ordinarily see — in other words, not the usual straight white dude story. I didn’t get a chance to ask them a question but if I had I would have offered not a question, but just a suggestion: tell your own stories. Don’t wait for someone to write them. Write them yourself. Find them yourself. Produce them, direct them, do whatever you can to get your stories out there. No longer are storytellers locked into the studio system and the old-school development process. There are so many different ways to get projects made and seen. There has never been a time in film history when there are so many opportunities for people to create their own work.

They were all a bright, funny, insightful bunch. Hopefully I’ll be able to find the whole video to post here.

Next up, Jason Reitman and Hugh Jackman bring The Front Runner to SAV. 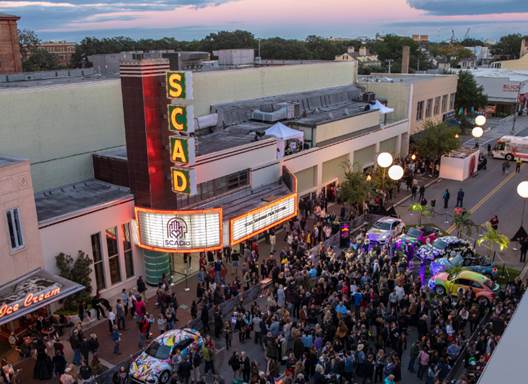 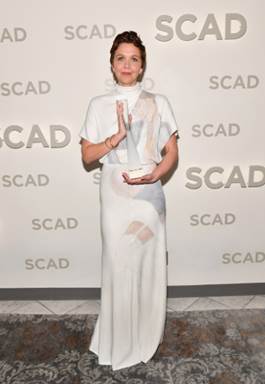 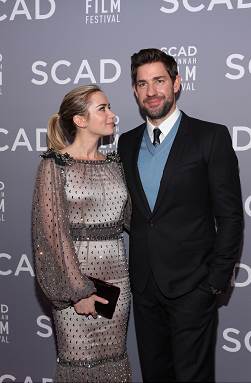 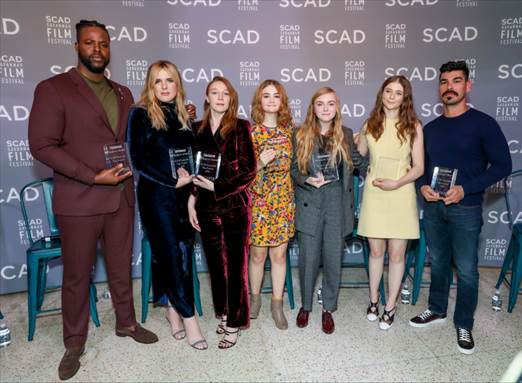