Scott Feinberg has been acting as a kind of a documentary curator at the SCAD’s Savannah Film Fest for their “Docs to Watch” roundtable. Every year it seems to be the must-stop event for docs in the hunt for Oscar. It started in one of the smaller venues and now has become so popular they have to open up the bigger theater, the Lucas, to host the panel. This year’s selection did not disappoint: 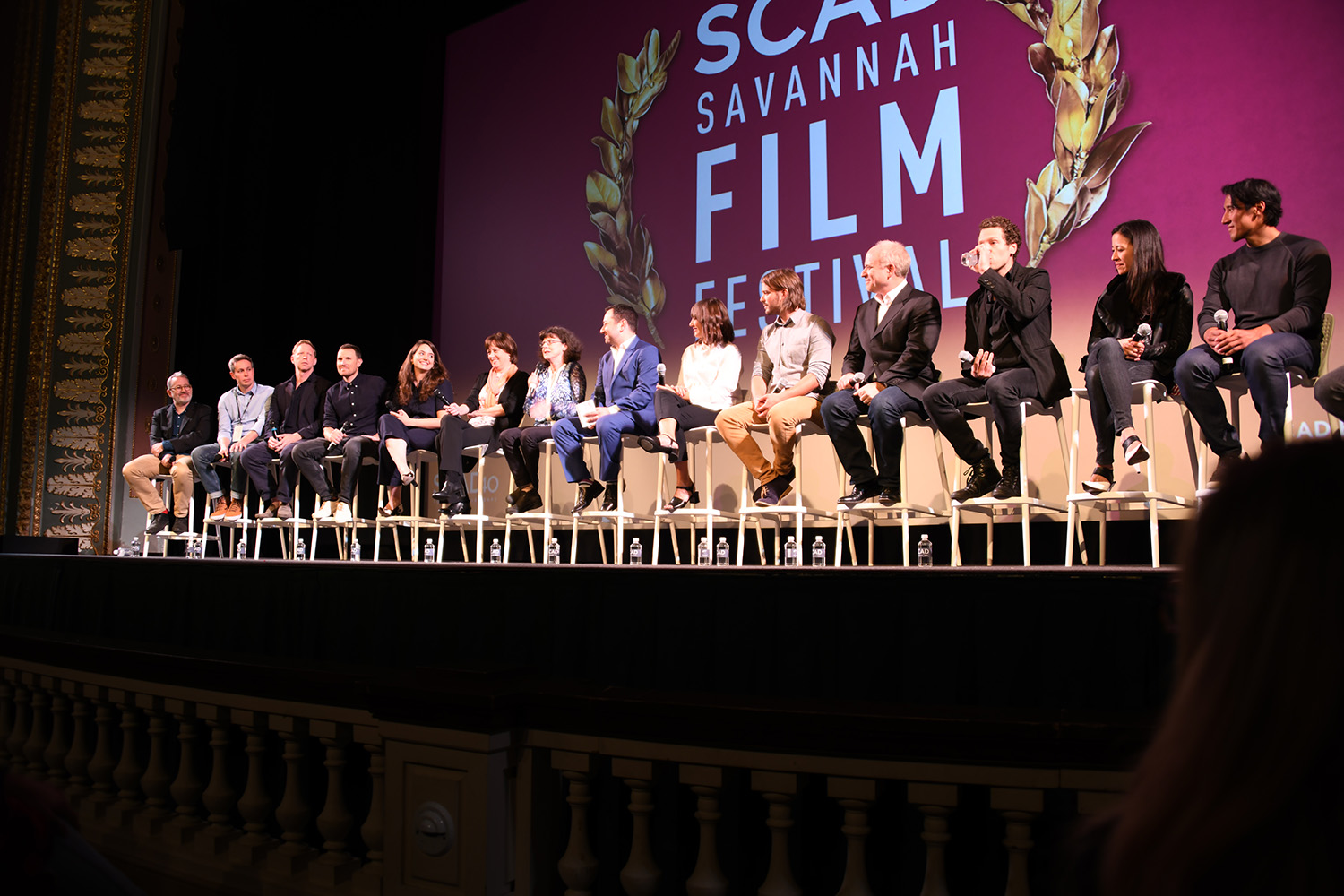 Feinberg did a great job of knowing the history of each of the filmmakers, and their subject matter, so that the questions are specific, giving way to interesting answers. There was a lot of good advice for anyone wanting to make a documentary, or working in the documentary field, like – it’s done when the money runs out, or it’s always about one thing then ends up being about another, or as Matt Tyranauer said, when his subjects threaten him with a lawsuit he knows he’s done his job. But the high point of the afternoon had to have been Morgan Neville’s story about Lisa Murkowski, the only republican senator who voted no on Brett Kavanaugh, stating on Twitter that she was going home to watch Won’t You Be My Neighbor? Neville stressed the importance of civility, the importance of voting for civility, which was met with an enthusiastic round of applause. 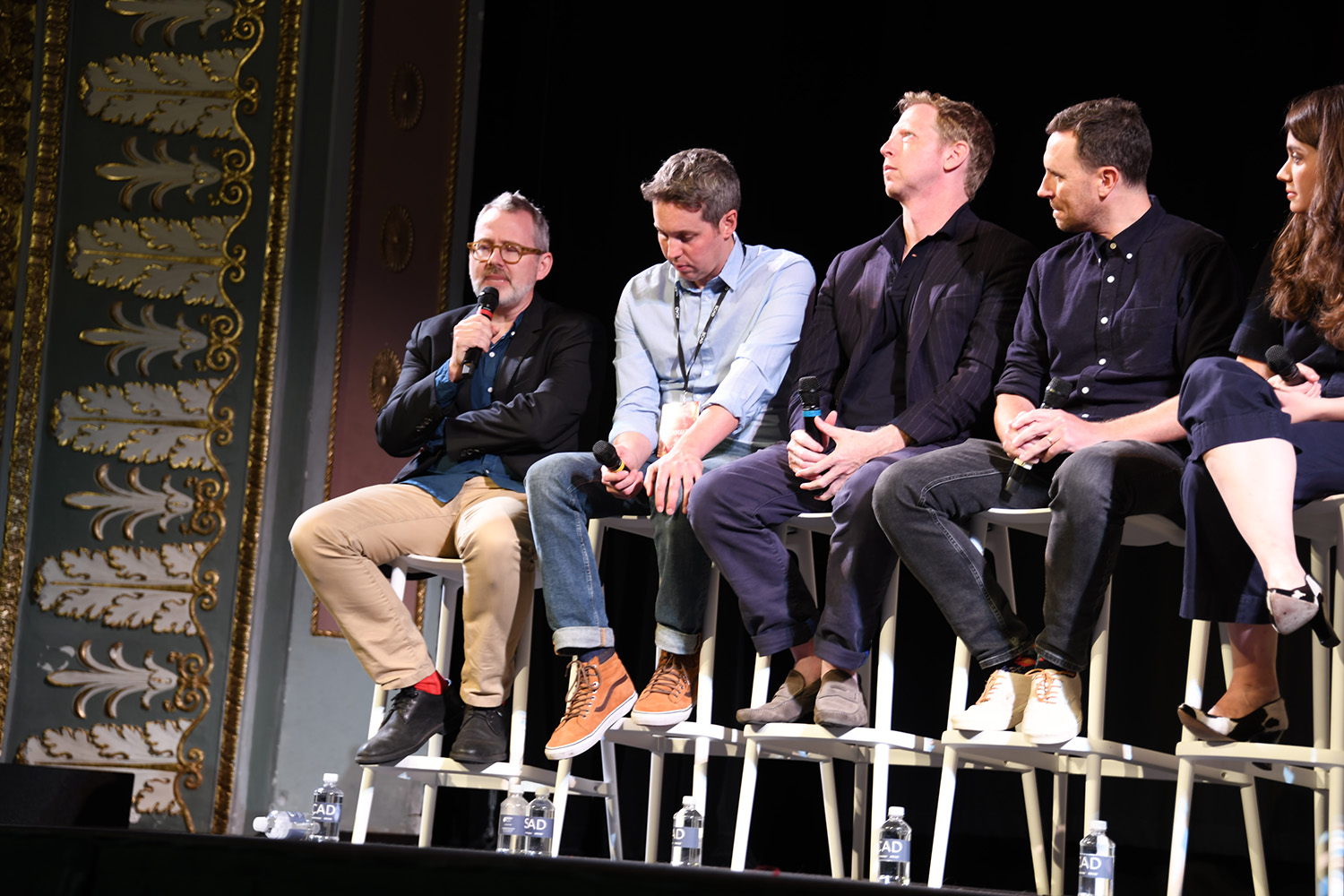 Another line that garnered applause here, as with the other panel, was that there seems to be a general consensus that Hollywood no longer makes interesting movies. Or tells original stories. Or that the risk to make an release features has become so difficult it has killed the spirit of what narrative films used to represent, which is why now so many audiences are paying to see documentaries. I think that’s true on the one hand – it’s just too high risk to release movies now and only part of that is to do with Hollywood. The other part is the way people judge, dissect and clobber movies before they even have a chance to find an audience – this growing community of critics has helped to hamstring Hollywood as much as the pressure for opening box office numbers.

Whatever it is, it’s true that people are more interested in documentaries now than they ever have been. It’s that they’re good, but it’s also that they’re true. If our aim with art in film now is to correct society – to always be on the right side of good, to make sure every box is ticked off and that no one is offended, people will come to depend more on true stories because true stories are true. They can’t really be picked apart, unless the storyteller has fudged the truth.

Three documentaries seem to be the hottest tickets right now for the Oscar win – Won’t you Be My Neighbor, about the miracle that was Fred Rogers, RGB, about the miracle that is Ruth Bader Ginsburg and Free Solo, the breathtaking film about the miracle that was climbing the face of El Capitan using no ropes. All three are so good – I don’t know how you even find a winner. Next would probably be Three Identical Strangers, another one that will be tough to beat should it, like the others, get nominated. And of course, Quincy and Studio 54 and Science Fair and Crime + Punishment are also going to have time to build their audiences and buzz.

Feinberg’s documentary roundtable is one of the best reasons to attend the SCAD Savannah Film Fest. He ought to think about turning it into some kind of televised thing. Hey Netflix, you listening? We’ll have video of the event a bit later.