There’s a reason the concert scenes in A Star Is Born feel ultra-real, it’s because they are. From Coachella to Stagecoach to Glastonbury, production designer Karen Murphy worked with both Lady Gaga and Bradley Cooper to ensure the film was authentic when it came to creating the music tours of Jackson Maine (Cooper) and Ally (Gaga). Whether Jackson is performing in front of a stage of thousands or Ally is performing on Saturday Night Live, Murphy might not have built those stages, but she created the look of the backstage world so the viewer could fully be immersed into the performing environment. Murphy also talks about how she created the home environments for Jackson. “He lives in a house where he would have bought every piece of furniture and hand-picked himself. He’s got an incredible record collection.” Murphy says. 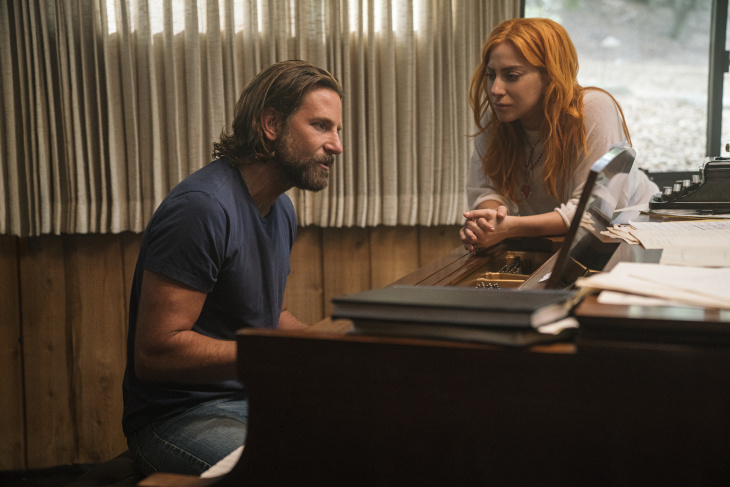 How did this begin for you?

I had collaborated with Derek Cianfrance with who Bradley had also worked and with Lynette Howell who had produced it. They had recommended me and Derek’s filmmaking style is very authentic and we had worked together on a period piece. We built a really nice relationship over that kind of filmmaking. Bradley liked the film and Derek told him to try Karen.

I was available, but I’d also been involved in music vision pieces before and have a very broad resume. This sat in between all of that and I got on really well with Bradley. The first conversations we had were about authenticity and the world we were creating. It was how to ground this very traditional story into a world that people sort of know about but they don’t.

The music industry is a very beguiling and very mysterious world that if you’re not in it, or not involved in it you don’t know much about. Bradley obviously immersed himself in that. His co-star, Lady Gaga is that. She is in the music world and I spoke to her a lot about authenticity. I had meetings with her to discuss the process and how she is from within that world, what sort of detail she could share with me. I used that within my set dressing.

Bradley and I had connected over that need for authenticity.

Talk about how your music background and working with Lady Gaga helped with the music concert scenes, especially as the stages were already built for festivals.

It was quite academic in a way because we sat around trying to plan that. I was really thinking ahead because I’ve been to a lot of festivals myself. I’ve been to many music festivals. I knew the tropes and how they work with the green rooms, but I just felt, that creating that in a studio environment, in a stage was not going to give it that authenticity of how the music business is.

You present a show to people, it’s all lights and shows from the audience perspective, but the back of the stage and the side of the stage is filled with equipment, guitar techs, tables, water, mess and it’s not pretty. It’s just a real world. They needed to appear as if they were on a huge tour, and then later she’s on tour, we really needed to mix it up so that it felt that her rise to the level of pop star that she was becoming was really authentic in that she was traveling around. She was going around, performing in front of different people. Their love affair and musical collaboration needed to have this backdrop of these different variants of different states, cities, state fair festivals, festivals. You needed to believe they were touring in other countries. So, in order to achieve that, we needed to be in real spaces because we were always going to go behind the fourth wall and be behind them on stage and be part of that backstage world. That elaborate level of detail would have been so hard to create. We went to real environments and real theaters.

We went to Saturday Night Live. We did build our own set for her in there, but we did go there. We needed to live in them. It is very much a part of the design even though I didn’t build it per se. I was still very instrumental in having that conversation with the team to say how to approach making it. Bradley loved it and we were all together in this decision to move forward and place ourselves in the real music world which I think comes through in the film itself.

It absolutely does. It’s interesting because you still have to think about so much even though those stages were already made.

I think when people watch it. You forget he’s not a musician. If he wasn’t in the right stage, in the right world, it would be like that.

How did you conceive Jackson’s home?

It takes us a while to get to his home. He’s this guy that we start to understand through his performance. When he first meets her, he’s drinking and all that, but when he’s performing he’s very charismatic and that. We get into his home, we see where he comes from. He’s got a grounded existence. He doesn’t have a cell phone. He lives in a house where he would have bought every piece of furniture and hand-picked himself. He’s got an incredible record collection. His music room is disconnected slightly from the kitchen.

The detail in that space is really specific to other musicians that I had researched and how they had lived. There were three spaces in that house that were all about music and that included being in the living room. He’s playing the piano there, but then she comes and she’s playing a piano in the other space. We’re always connected to music through that house. It feels like it’s not in Los Angeles. He’s from Arizona and he’s got a place that is quite secluded and quite private and feels like it could be connected to a farm.

It took us a while to find the right place to put him, but when we did, my set director and I worked to authenticate his character. We found things he’d collected from the road, other countries. The crew wanted pieces of the dressing. There was a lot of creativity and warmth at one point. When her character comes there she brings that.

In contrast, how did you decorate Ally’s home? It’s far more family decorated.

We placed her on the East Side. I felt a younger person would be working, gigging and operating out of that part of town. She’s not hit the big time yet, she’s struggling and has probably given up on her dreams of becoming a major recording artist. She’s still living at home with dad. We wanted that family to feel they were still connected to the East Coast with the type of house. The one I was looking for could be like they were living in New Jersey. It wasn’t a Californian bungalow. It very much had that East Coast feel but with a connection to the city. When we first meet her she is serving and performs in a bar down the street in Echo Park so we wanted to keep her connected there.

That interior is about her mother. I did feel the decoration had some of her with the piano. There’s some of the music coming down the stairs but the rest of the house felt like her dad and her mom had decorated it years ago when she was young. It needed to have a feminine remnant from the mother, but also with Ally. 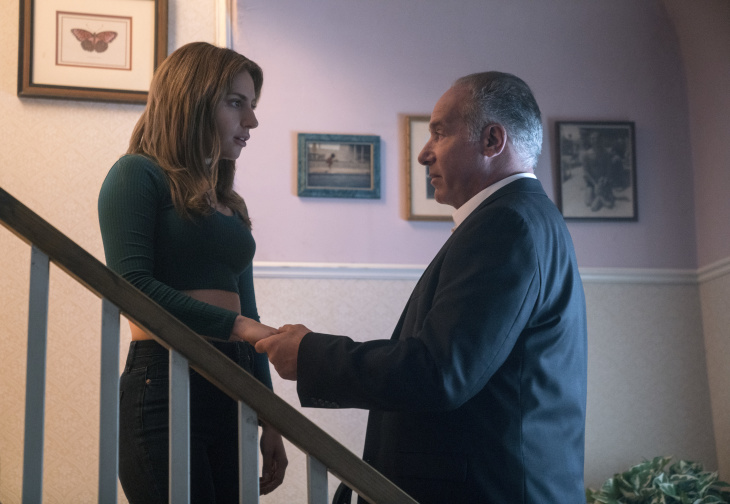 What about the Grammy performance and the Shrine? I was there at the premiere and that was insanely surreal to see that there.

We created that from scratch. There’s this formulaic way in which they film TV shows and it’s being televised, you needed to have a lot of screens that can show what’s happening on stage. So we used one theater for two different performances but you would never know it.

As filmmakers, we used our imagination to envisage how we’d create two different performances in one space. We used many stages at Coachella, but we brought our own touches to them to make it feel like we were at different festivals and not like Coachella.

I built that entire set of The Grammys and we took it all down and we had her final performance after he dies at the Shrine in a very stripped back classic with an orchestra.

It wasn’t meant to be on the same stage, but we were operating like we were on tour. We actually had a tour manager. He plays the tour manager in the film and helped us bring the instruments because we were recording everything live. All of that level of detail, the people, the boxes and leads were all real.