The Top Ten Moments from Films in 2018

Each of us has our own personal relationship with movies. I know which ones have stayed with me all of these months later and why. There are movies I will watch over and over again, and movies I can’t even bring myself to watch a second time. Some moments stand out even when the films themselves aren’t complete experiences. Moments in film are when the magic happens, when the forces come together – sometimes unplanned – to bring you to a place of heightened emotion, or thought, or passion.

Here are the top ten moments of the films I saw that greatly moved me, that took me somewhere beyond what I was expecting, that redefined what I think of as great cinema. Apologies in advance that this is a very American-centric list, as usual. I have not caught up with the many films from other countries yet. Take this list, then, with a grain of salt. 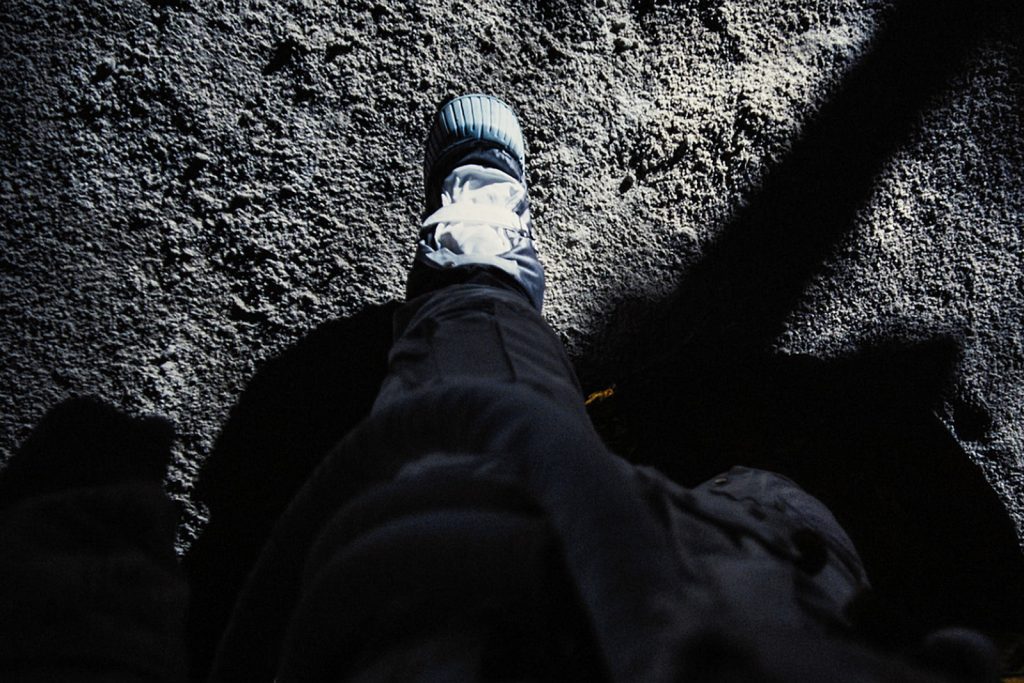 1. The Apollo 11 moon landing in Damien Chazelle’s First Man. Rather than make a science fiction film about the moon landing, this was much more true to life, what it must have been like to do something that extraordinary, to step out of a tiny space capsule and step out onto the surface of the moon. No film exists anywhere that puts you there like First Man does. It never loses the through line of Neil Armstrong’s inward journey. It’s a story that takes place inside him as much as it does on the surface of the moon. When we hear him say “that’s one small step for man, one giant step for mankind,” we remember how Neil Armstrong said it, not with the triumph of patriotism, but with a quiet nervous calm of an engineer. Chazelle’s film is so good because it is so real.

2. A visit to a party in Eighth Grade – there are so many moments in Bo Burnham’s Eighth Grade that have stayed with me, resonated and echoed back. One that particularly stands out is when Kayla must confront her own shyness by “putting herself out there” and going to a party of a popular girl that can’t stand her. In all of the ways that Bo Burnham is a genius his ability to recreate the agony of an eighth grade pool party is all there. It’s all there in every single second of that scene as we watch Kayla nervously approach the front the door, as she clenches her fists and heads out to the pool. Anyone who lived through eighth grade is catching second hand embarrassment remembering the horror. Eighth Grade is easily one of the best films this year and one that will be remembered long after the carnival has left town. As I’ve thought about it, it has climbed my best of list movie by movie because the memory of it only strengthens as I think about it more.  You can’t watch this scene and conclude anything other than this is magnificent filmmaking start to finish. It is an awkward masterpiece. 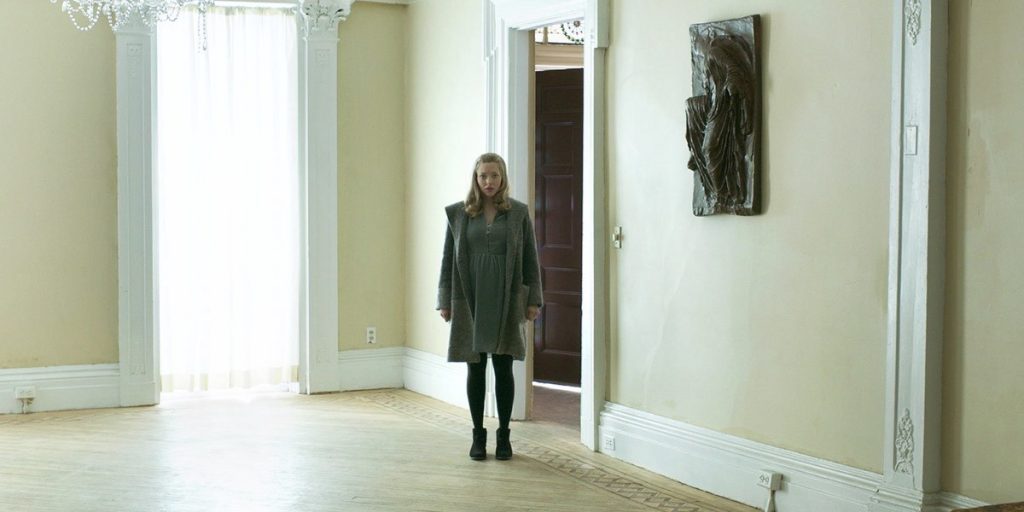 3. A botched suicide in First Reformed ( yes, this is a spoiler but you’ve had ample time to see the movie by now – skip if you prefer to be surprised) – the slow burn of Ethan Hawke’s character in Paul Schrader’s fine, fine film is quite something to watch. Only an actor of Hawke’s insight and ability could pull something off like this. He is so buttoned up throughout the film, so sure of himself, so confident in his belief and trust in God. But as realization dawns on him that what has become of mankind is bad that we are beyond redemption, beyond forgiveness – with the only solution left to wipe us all off the face of the earth you see this play out in Hawke’s face, in his eyes specifically. When at last he’s strapped on the suicide vest, poured himself a glass of Drano and is ready to meet his maker, a girl walks into the room. The only person he cares about and feels responsible for is standing right in front of him. Instead of choosing destruction and despair he leaps for her and the two merge into a passionate kiss. It was an ending, and a choice, I did not see coming. Bravo, Paul Schrader. 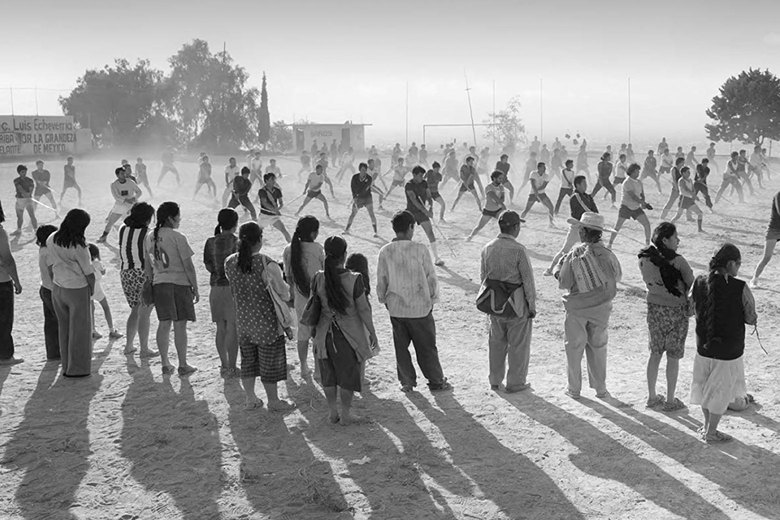 4. Roma – The martial art training camp – Alfonso Cuaron’s Roma is filled with so many insignificant/significant moments. Each of them seems small enough to the characters in the film but often they play out in front of a much larger backdrop. Cuaron’s work here is about recreating a world he knew, or one he never knew but could only have imagined. When his imagination is working overtime the film takes on almost fantasy elements as it does when the main character Cleo comes upon a martial art training session. She’s looking for the father of her baby who, of course, is there. The scene is so bizarre, so frightening and yet, somehow, thrilling. It is the hyper masculine that covers a cowardly man’s crippling fear of this woman and the life that grows inside her. Of all of the things I remember from Roma, somehow this moment stays with me. 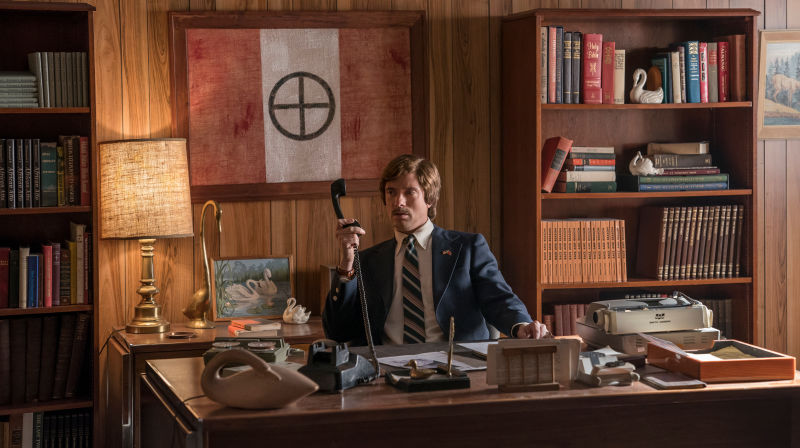 5. Blackkklansman – the coda, a Heather Heyer memorial. BlacKkKlansman is high satire, and very much a Spike Lee Joint throughout. It does do something none of his other films have done so directly and powerfully. It indicts a sitting president for inciting violence and murder. By laying the death of Heyer at Trump’s feet, Lee’s film rises above everything else put out this year to do what activist art does best. While Lee’s messages have always been pointed, and occasionally hard to take for white people, especially white women – there is no doubt that his point of view here is something anyone who cares about this country will think about.

6. A Star is Born – Ally lets us hear her sing. The best moment in Bradley Cooper’s A Star is Born is when Lady Gaga sings fully for the first time, after being dragged on stage by Cooper’s charming, charismatic star. The myth, and great lie of, the film’s age old trope is that all an “ugly” woman needs in a patriarchal man’s world is to be noticed, seen, plucked from obscurity and turned into a star. It is as though the male gaze itself is transformed to seeing the value beneath mere beauty. Of course, Lady Gaga herself blew through this myth, as did Barbra Streisand and Judy Garland before her. Their talent took them far, and their looks came secondary. Still, the myth insists on telling us that these women could not have done it without the more powerful man lifting them up. And so it goes. All of that, and every other flaw, evaporates the moment we hear Gaga sing for the first time. We too want the world to know, as Cooper does, how great she really is. This moment in the film is unlike any other in any of the previous versions and it alone makes the film worth seeing. I still can’t watch it without tearing up. Every bit of why the movie is a hit is in that scene.

7. Black Panther – The rhino halts in worship to the tribal female. Ryan Coogler’s entertaining film is full of so many great moments and almost all of them to do with the women. The women are the warriors whose loyalty matters most of all. This is made most profoundly clear in the scene where the rhino stops in its tracks out of respect for the warrior. This sums up for me why this movie is so great.

8. Green Book – Thanks for Helpin’ him with the letters – this is another spoiler you might want to skip if you plan on seeing the movie. Green Book stands out for me because, despite everything, it remains among the most engaging and entertaining films I saw this past year, and certainly among the most memorable. It is full of fantastic moments between Viggo Mortensen and Mahershala Ali but one of the best things is how Ali’s character helps Viggo’s character write better letters, more poetic. Of course, anyone can find a reason to see this as a bad thing in all of the ways that we search for reasons why none of it should work. The truth is that Don Shirley is the better, more educated writer while Tony Lip isn’t. By the end, when Tony finally comes home, when they all become united in the ways only a Hollywood movie can deliver, Tony’s wife – a wonderful Linda Cardellini – thanks Don for helping Tony write “the letters.” They all knew but they didn’t care. They just rode the beauty of the moment. 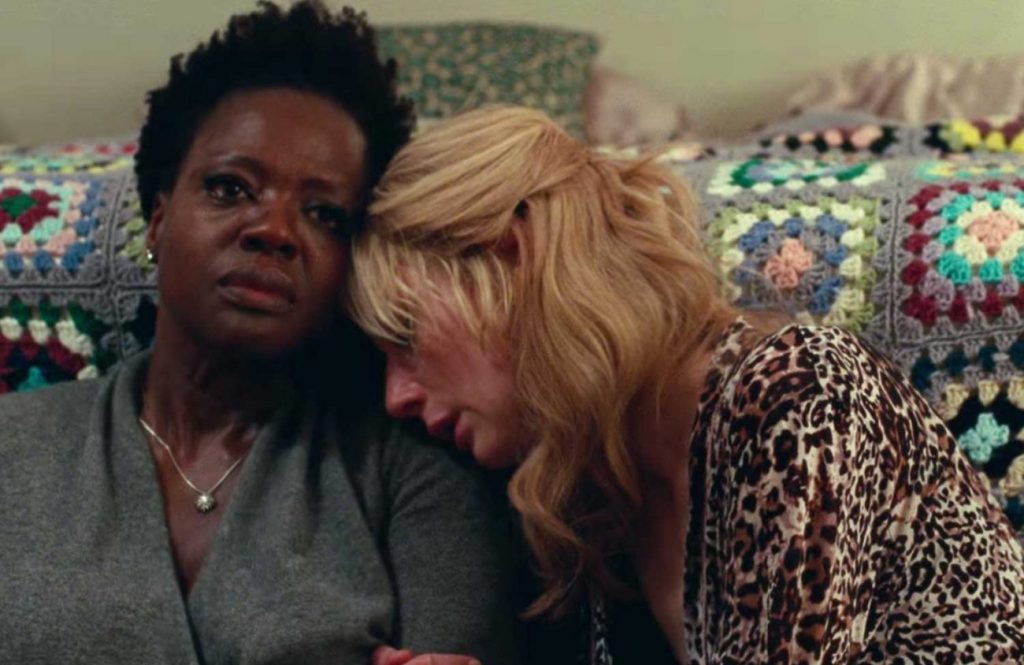 9. Widows – The underrated Widows is a master class in acting, top to bottom. By far the two best performers are Viola Davis and Elizabeth Debicki. The best moment in the film is the confrontation between the two. Davis slaps Debicki hard, but Debicki slaps her back in defiance. The subtext between the two of them, used and abused by the men in their lives, is the strongest current in the film. The two should be up for lead and supporting but somehow got lost in the season. This moment alone makes the film worth seeing.

10. Vice – the beating heart (this is another spoiler — really, skip it if you haven’t seen or plan to see this film – it’s a big big big spoiler) the best part of Adam McKay’s messy but interesting Vice is how he uses the first person narrator. We don’t know who is telling the story and why. We don’t find out, in fact, until the end. It is one of the more brilliant pieces of writing of the year and almost redeems the entire film just because it is so brilliant. What happens to a heartless man who needs a heart transplant? Whose heart does it he get? Finally, by the end, we find out.

Plus a few more:

The last scene of Hereditary when the whole story finally comes together.

The deep and meaningful relationship Melissa McCarthy has with her cat in Can You Ever Forgive Me.

The daughter telling her father she can’t live with him in the forest anymore but still maintaining a relationship with him by using a specific whistle in Leave No Trace.

Julia Roberts trying so hard to keep it together the first few unpredictable moments her son is back in the house for Christmas in Ben is Back.

All of the ways the two lovers must fight to maintain their love in If Beale Street Could Talk.

Next up, the best performances of the year.